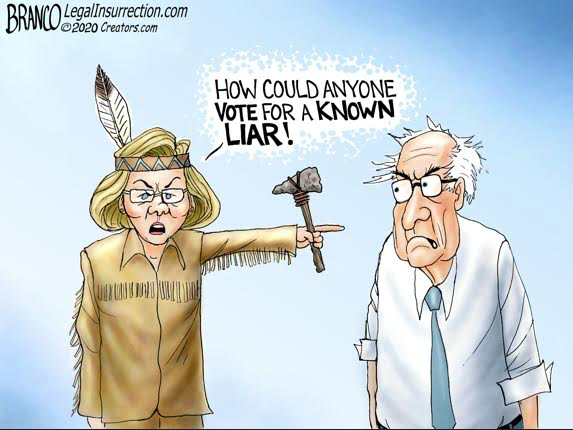 Democrat leaders trying to sell impeachment chant incessantly, “No one is above the law.”  It’s a noble sentiment. I’m perfectly good with it. In fact, part of being an American is understanding the essential belief that we are all equal under law.

Well, almost all of us.

Democrat members of Congress hold migrants who have entered the country illegally above the law.  Most of them, starting with Speaker Pelosi, think illegal immigrants should be welcomed to citizenship.

But it gets worse.

Every Democrat running for president, and most Democrats in Congress, believe illegal immigrants should not just be given a path to citizenship, and not just be protected from federal authorities, but that American taxpayers should also provide them with free health care. Many think they should also receive welfare, housing, and education courtesy of taxpayers.

However illegal immigrants are not the only people Democrats believe are above the law. They extend such leniency to Democrat politicians who break the law as well.

Barack Obama illegally used the IRS as a weapon to punish his political opponents before the 2012 elections. During his Justice Department’s investigation of Hillary Clinton’s personal email server, they gave Clinton’s staff immunity, and Clinton herself special legal exemptions. Later, Obama’s FBI faked evidence to get a FISA warrant against a Trump campaign staffer and launch a sham investigation of Trump.  And then there was the time Obama asked the President of Russia to carry the message back to Putin, if he’d only ease up and give him time, Obama would be able to give the Russians what they wanted after the election.

None of these or other scandals involving the Obama Administration’s abuses led to even a peep by Democrats about who was and who was not above the law. And nothing in Obama’s own history of law-breaking stopped him from joining in the chant, “No one is above the law.”

And Hillary’s email problems weren’t the first time she was implicated in legal misconduct. From Whitewater and Travelgate to Benghazi and selling access to the State Department, Clinton was implicated in more than a dozen illegal schemes to enhance her power or enrich herself and her family. Hillary proved herself one of the most corrupt politicians in American history. At least Hillary is self aware enough to have so far resisted joining the “no-one-is-above-the-law” choir.

Perhaps when it comes to Democrat leaders, the real question is whether any actually care about the law beyond using it as an excuse to tarnish Trump in advance of the elections.

Maxine Waters was named the most corrupt member of Congress on three separate occasions by the Democrat-leaning group Citizens for Ethics. At one point, they noted Maxine used her position as a senior member of Congress to benefit personally during the financial crisis in 2008 when many Americans were suffering terribly. That didn’t stop Maxine Waters from both claiming Trump a crook and singing the Democrat’s current favorite chorus: “No one is above the law.” It also hasn’t stopped Maxine from calling for illegal and unfair harassment against anyone who works for or supports Donald Trump. Nor has it stopped her from making libelous accusations of racism against Trump and his supporters.

It would be easy to blame all this double dealing on entrenched politicians who had succumbed to the swamp after years in Washington DC.

But how then to explain the three newcomers to Congress from the far left who are now being investigated by the Federal Election Commission. Alexandria Ocasio-Cortez, Rashida Tlaib, and Ilhan Omar are each alleged to have broken campaign finance laws. Nevertheless, not a peep from their fellow Democrat members of Congress about the Squad’s being subject to law.

Is lying against the law? If not against statutory law, is lying not at least a violation of the moral law?

Remember the Obama Administration insisting that 4 Americans were murdered in Benghazi because of a video? A lie.  Remember Hillary’s reply when questioned about the lie, “What difference does it make now?” My guess is that it makes a big difference to the families of those murdered. And a big difference to the way America should and will react when its diplomats are attacked in the future.

Obama later admitted he knew the lie about healthcare wasn’t true. His point man on healthcare even called the lie an “important part of the strategy to pass Obamacare”.

I remember my own Senator, then-Congressman Chris Murphy, telling a telephone town hall that he’d “read every page” and guaranteed we could keep our health care plan and our doctors. All a lie. It wasn’t his first, nor likely will it be his last.

I’m convinced Democrat politicians not only believe they are above the law, but that they’re distorting the law to rid themselves of the one person working to hold swamp dwellers like them accountable under the law. Democrats are also distorting logic and rhetorical meaning by redefining the terms, “no one,” “above,” and “law.” Sadly, surveys show they’re having some success.

Dishonest?  Certainly. But no one ever claimed politicians are above hypocrisy.