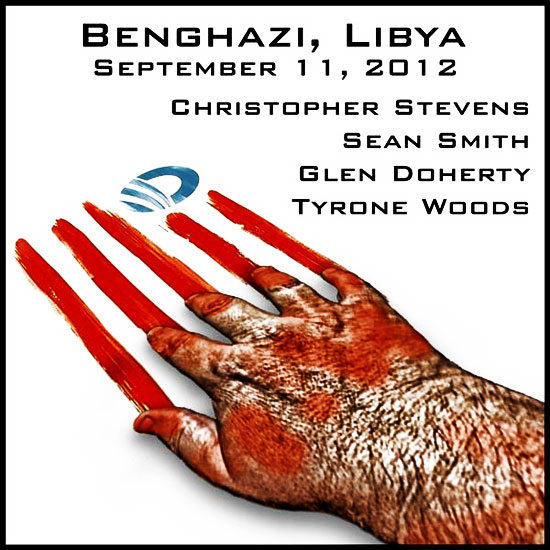 This letter is written to request a change in the structure of future trials for captured terrorists. To articulate my point, future terrorist trials should return to a Military Tribunal structure. As an uncle of Benghazi victim Sean Smith, I cannot fathom why we are trying terrorists in a Federal District Court system. It appears that this is a misguided holdover from the tenure of the Eric Holder Justice Department.

If captured, on a field of battle, why are we affording enemy combatants the same civil rights as those that you or I should receive as citizens? Terrorists should face the full weight of Military Justice for their crimes. A Military Tribunal is an efficient and more appropriate venue to try terrorists captured on the battlefield.

In recent years an Obama appointed Judge, Christopher “Casey” Cooper, has handed down lenient sentences to two convicted Benghazi terrorists, Ahmed Abu Khattala and Mustafa Al-Imam. The 22 years given to Khattala in 2018 and the 19 and a half years given to Mustafa in January 2020 are an insult to the four Benghazi victims and their families. At most, with Khattala, the sentences came to 5.25 years per murder victim.

These convictions are unacceptable to the memory of the four brave men of Benghazi and their loved ones. In the Summer of 2018, I created at whitehouse.gov a petition asking for future terrorist trials to be held in a military tribunal structure.  The petition was a moderate success.  In addition, for Politichicks, I wrote a July 31, 2018 article entitled Call to Action: White House Petition, Military Tribunals for Terrorists.

Without any doubt, no Judge appointed during the eight years of the Obama Administration can fairly judge any issue related to Benghazi. That was proven in 2017 with Judge Amy Berman Jackson.  Judge Jackson, who  threw out the wrongful death suit against Hillary Clinton. This lawsuit was filed by Benghazi victim parents, Charles Woods and Pat Smith. Now that same fallacy of judgement, has been proven again with Judge Christopher Cooper and his flimsy sentences for two unrepentant Benghazi terrorists.

Judges with liberal leanings seem to be too busy considering the terrorist as a “victim.” Not enough time is spent considering the real victims. In this case, the Benghazi Four. This soft soap judicial process was instituted, in full force, by the Holder Justice Department. This travesty was first enacted with the trial of Khalid Sheikh Mohammad in 2009 in a Federal District Court.

If the United States Congress and the American media had been doing their due diligence, Barack Hussein Obama would have been justifiably and constitutionally impeached for his very real high crimes and misdemeanors.

Those crimes include the illegal regime changes in the North African region that helped lead to the Benghazi attack in Libya. Also for criminal consideration, Fast and Furious, Uranium One, Extortion-17, vast FISA and 4th Amendment abuses. Legally, Barack Obama should have never been elected to a second term.

We have all witnessed the Constitutional malpractice that Speaker Pelosi has inflicted upon you and your family and the American people. While two Benghazi terrorists, enemies of the United States, murderers of American citizens, were granted the right to a due process and a fair trial a sitting American President was denied due legal protection in a unconstitutional impeachment process. Speaker Pelosi abused her power as did other members of the United States Congress and decided to use a constitutional process as a political weapon. They refuse to accept that they lost in 2016 and know they can’t beat you in 2020.

The behavior of the United States House of Representatives, the media, and the Obama administration’s co-opted Justice Department are a blight on the freedoms that we as Americans should cherish. Truly shameful behavior by all involved.

Thank you for everything you have done and continue to do so for the American people. Additionally, there is a Bill in the House and a Bill in the Senate that are both related to Benghazi. They are H.R. 587 and S.2054. H.R. 587 and it’s Senatorial twin, 2054, seek to posthumously honor the four Benghazi victims with the Congressional Gold Medal. H.R. 587, despite a unanimous voice vote in 2018, died on a vine with the Senate.

Please call House Speaker Nancy Pelosi and Senate Majority Leader, Mitch McConnell, and ask them to put these bills to a voice vote among their members.

Ultimately, it is also time for some actual accountability for the real crimes of the Obama Administration.

Thank you Mr. President for keeping your campaign promises. I agree that with you that “Our spirit is still young; the sun is still shining; and my fellow Americans, the best is yet to come!”