Virginians in my generation never dreamed that we would see the disintegration of our state government into the socialist supporting society being set up by the current state legislature and administration. We have likely believed that we had too much tradition, too great a history for anything to happen to the democratic republic our Virginia forefathers fought to build.

A Virginian for 74 years, since age ten, I have been steeped in so much Virginia history that it was natural that I would have to be a history and government teacher for forty years. It is hard not to be a history buff in a state that was the first English colony established in1607, then in 1619 had the first elected legislative assembly in the New World. The first efforts of rebellion against England, which almost succeeded, was in 1676 under Nathaniel Bacon. 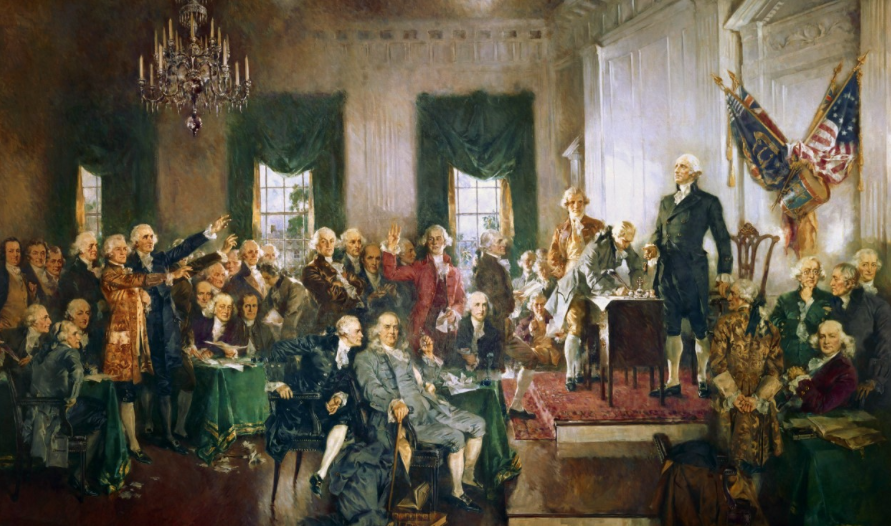 In the American Revolution Virginians like George Washington, Thomas Jefferson, Patrick Henry, Richard Henry Lee and others stand out. Another Virginian was the secretary for the writing of the United States Constitution and one of the authors of The Federalist Papers, James Madison.

Virginia leadership continued even in the Civil War when Richmond became the capital of the Confederacy. There are those who sneer at Virginia’s past leaders because of slavery and while this was an abomination it had existed in all the colonies, primarily in the South. Many slave owners, including both Washington and Jefferson abhorred the practice and Jefferson even predicted that unless it ended it would lead to a bloody war. Not to defend Virginia in this respect, but most Virginia boys, like most young soldiers in the Confederacy, did not own slaves, had no interest in slavery and felt they fought only to defend their homes and their families. States Rights was just a phrase, greatly misunderstood.

There remained in Virginia after that great conflict a belief in a government that would guarantee its citizens the very rights we fought for in the American Revolution and supported in the United States Constitution. The question remains how did we fall so far to now have a state government which echoes the philosophy of many today in the National Democratic Party. The socialist philosophy of government.

In recent years we have installed a Governor, Lt. Governor and Attorney General with goals of taking away the rights we have taken for granted. Last November the Democratic Party gained control of both houses of the Virginia General Assembly and did so supporting a very radical agenda. Mainly from Northern and Eastern Virginia, these new leaders support everything from a radical viewpoint.

Two blatant examples are connected to gun control and trans gender and gay claims. Gun wise, laws are going through that would limit the number and type of guns that may be owned and require seizure by enforcement if citizens do not obey the new laws. In defiance some counties have declared themselves sanctuaries for gun ownership announcing they would defy enforcement. There are also laws that would force churches to provide transgender restrooms and perform gay marriages no matter what their scriptural beliefs may be. Churches that would not comply would lose tax free status and other rights. This administration and legislature is also in strong support of abortion. Some pastors and their families have already been under direct attack by transgender and gay organizations.  In other words the right to bear arms and freedom of religion would be over turned.

How did this come about? How did we as Virginians and believers in those things that made ours a great nation let this happen? Somehow we forgot the wise words of Edmund Burke, “All that is necessary for evil to triumph is that good men do nothing.”

After the Civil War during Reconstruction Virginia rebuilt itself and had a constitution that granted rights to all men, no matter their race. This was sadly rent to pieces under a new state constitution led by Democrat US Senator E. Carter Glass and what became known as The Machine. Most damaging in this constitution was the start of a poll tax and literacy test for those wishing to vote in elections. While aimed at Black voters it also discriminated against poor Whites of which there were many. 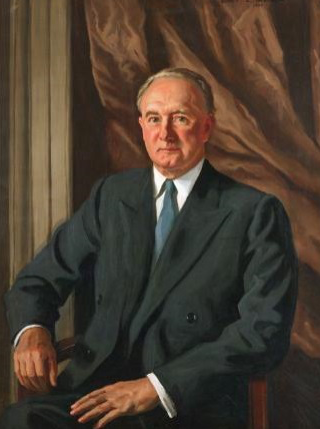 In 1926 more changes came to the state constitution that limited democracy. This revised constitution’s  supporters were  led by another leading Democrat, US Senator Harry Byrd. Under what would become known as The Byrd Organization or Machine there was a fear of voting masses having too much authority, There was the start of The Short Ballot which limited the number of state and local offices that could be elected by the people. The majority of offices in Virginia are held by people appointed by the local circuit courts. Circuit Court Judges are appointed by the Virginia General Assembly. Hence it made it easy for one political party to be in complete control and this was the Democratic Party until the late 1960s. V.O. Key wrote at the time that “Virginia has the greatest oligarchy in the nation.”

In 1967 the first Republican governor since reconstruction was elected, Linwood Holton. This was partially due to the influx of people from other states that came after World War Two who found they were cut off from having any say in government by Democrats. My parents were part of that new population growth. It was what helped the building of a strong Republican Party. This growing party supported the US Supreme Court in the abolishing of the poll tax and literacy tests as requirements to vote. Virginia was no longer considered a part of “The Solid South” a state sure to go Democrat in national elections.

For the next few decades Virginia was not to be permanently Red or Blue as the parties were pretty evenly matched. As the National Democratic Party became more liberal in doctrine thus too did Democrats in Virginia. Virginia Republicans assumed the role of Constitutional Conservatives.

The Republican strength in The Commonwealth is more in the Central, Western and South Western regions where you have a number of industries from agriculture to coal mining.

It was these differences between regions that caused a couple leaders in West Virginia government to invite the Republican counties in Virginia to secede and join their state. This is not necessarily illegal as at the start of the Civil War sixty-six Virginia Counties seceded and formed the state of West Virginia. Some prominent Virginians have also agreed this would be a good idea.

Now this writer wants it clear that I do love the state of West Virginia and I have some dear friends there. However, I am too ingrained as a Virginian and somehow feel the spirits of Washington, Jefferson and others would chastise me as a deserter. Instead I prefer to remain a Virginian and to take part in the fight to save our state and the democratically achieved rights our forefathers fought for.

This means that everyone, especially Christians, need to be prepared to resist things that may be handed down by government that are socialist, anti religious faith wise and dictatorial in any way. We need to vote, write letters and to make our opinions heard. We must get involved if we have not been already.

One of the reasons I am a strong supporter of PolitiChicks on the net is because a number of the writers remind me of the talented Voice of the American Revolution, Thomas Paine. I think the following quote by Paine sums up what we in Virginia need to realize “He that would make his own liberty secure, must guard even his enemy from oppression; for if he violates this duty, he establishes a precedent that will reach to himself.”

What we will do now is being observed by the rest of the nation. We have a heritage to live up to.

What’s Wrong With the Trump Budget?

When Ilhan Married Her Brother (and Why It Matters)