In the 1980s, movies like Die Hard and Back to the Future 2 showed off a Japanese takeover of America. Japan had leveraged unfair trade policies, currency manipulation, and government subsidies to buy up American companies (it’s still happening, but few are paying attention) and was the wave of the future sweeping over America.

Everyone was driving Japanese cars, using Japanese electronics, and buying “Made in Japan.” And Japan got there by stealing massive amounts of American intellectual property and reselling it to Americans.

By 1991, George Friedman’s book, The Coming War With Japan, was flying off the shelves. 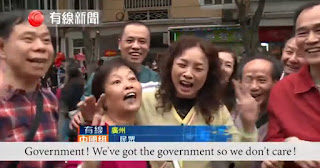 But throughout the 80s, while Japan was supposed to be taking over America, its economy was impressive, but its birth rate was cratering at an even more impressive rate. By 1991, the future not only didn’t belong to Japan, but at a rate of 10 births per 1,000 people, it didn’t even have a future of its own.

The Japanese had foreclosed their own future.

What were they doing instead of having children? Buying stuff. Lots and lots of stuff. Economic consumption rose and marriage dropped away.

The origins of Japan’s boom lay in the 70s with a marriage boom which led to a massive baby boom. The energized population seemed as if it might take over the world. But Japan’s ‘baby boomers’ instead decided to enjoy the good life. Today the marriage rate is less than half that. The Japanese went from marrying in their twenties to marrying in their thirties. Maternal age at birth also rose from the twenties to the thirties. The nation’s fertility rate is at 1.42. Far below replacement rate. That means no future.

The first part of this story should sound familiar. Just substitute the People’s Republic of China for Japan.

China’s birth rate is down to 1.6. At 10.48 births per 1,000 people, it’s below America’s, 11.8. And while you might be inclined to blame the Communist dictatorship’s One Child Policy, the PRC trashed the OCP precisely because the regime is worried about its declining birth rate. The PRC’s poor birth rate has its origins in its poor marriage rate. China’s marriage rate sank down to 7.2 per 1,000 people.

That’s above America’s 6.5 rate, but it’s trending downward and in the same direction. And the average number conceals the full scope of the bad news. While the national rate was 7.2, in Shanghai it was 4.4. Meanwhile divorces in Beijing hit 39%. As China’s population moves from the rural to the urban, trading farm work for tech jobs, marriage rates drop, divorce rates rise, and birth rates continue their decline.

Like the Japanese, China’s rising middle class wants to enjoy the materialistic pleasures of consumerism.

What happened to Japan is exactly what happened to Europe. And what’s been happening to America and much of the first world. But the problem hits Asian countries harder because of the sharp transition from one kind of society to another, while the citizenry lack the moral cushioning of religious values.

The People’s Republic of China is vigorously fighting Christianity, but its own mixture of Communism and Confucianism has failed to meet the challenges of prosperity. The regular crackdowns on government corruption are only spurring more cynicism. And a social credit system will create an artificial digital pressure that, like any other totalitarian system, will be evaded and only generate more hypocrisy

Not even America’s Silicon Valley technocrats believe that the internet is a substitute for morality.

Whatever the Communist Party may command, China’s metropolitan populations, especially the women, are, like their Japanese counterparts, avoiding marriage and parenthood, with the same results.

By 2030, there will be more People’s Republic of China citizens over the age of 65 than under 14. With a declining workforce, the PRC will be unable to sustain its growth as its population ages. Its pension funds are officially projected to run out of money by 2035. The real figures are probably worse.

The PRC threatens other countries, but if its demographics continue their downward spiral, it will become unable to maintain control even over the territories that it already has. To understand China’s obsession with Xinjiang, look at its birth rate which is much higher than the rest of the country. That’s why the PRC keeps trying to figure out not only how to de-Islamize Xinjiang, but to reduce its birth rate.

China’s median age is at 38.4. That’s about Japan’s median age when its house of cards began to fall. The PRC’s boom was powered by a population in its twenties. By the oughts, it entered the low 30s. It’s now sliding inevitably closer to the big four zero. By 2040, China’s median age will be 46.

That’s the same pathway which took Japan from a potential world power to a society of senior citizens.

China has a much larger population. But that just means it’s going to have a great many elderly people and childless singles who aren’t willing to sacrifice their consumer lifestyle to any greater purpose.

And why should they?

What larger purpose does China offer its younger generation except consumer goods? The Communist leadership avoided the fate of the USSR by turning into the factory and warehouse of capitalism. But a diet of technological conveniences doesn’t predispose the citizenry to anything more than comfort. Nationalism and xenophobia keep China’s population hostile to America and the outside world, but haven’t convinced its netizens to do anything more than post nasty comments about President Trump.

Japan had nothing but nationalism, xenophobia, and consumer goods to offer its citizens. That didn’t make Japan into a formidable superpower, but a nation of elderly singles with really great computers. China also has nothing to offer its population except nationalism, xenophobia, and consumer goods. And its cities are full of aging single women with some of the best smartphones and shoes on the market.

The decline of family and religion means that we are and have been headed to the same place for some time. Our demographics have been artificially inflated by mass migration, but the influx of cheap labor is no substitute for natural growth. And the stress of mass migration is cracking the country apart while providing few benefits except a population of unskilled laborers who, unlike China’s rural to urban farmers, aren’t fueling manufacturing, but propping up middle class lifestyles at taxpayer expense.

The problem in America, Europe, and Asia is that the wonders of the Industrial Revolution have been redirected to little more than personal conveniences, while our societies have shed everything else, religion, culture, purpose, and family, leaving behind comfortable societies with no future.

The People’s Republic of China is not going to take over the world. Its expansive ambitions are impressive, but they’re built on a materialistic decadence that will destroy them. Mercantile empires can be built on greed and a love of pleasure, but as the price grows too high, they fall the same way.

The free market is superior not because of some innate magic of the system, a hall of mirrors that some libertarians wander into and then never leave, but because it allows people to pursue worthwhile goals, whether it’s raising a family, inventing the airplane, or anything in between. When the only goal is waiting to buy an 8K television, then the market becomes a Skinner box that destroys those who use it.

Free markets are means, not ends. And a society needs some higher transcendent purpose. People need to believe that they exist for something more than a few immediate pleasures followed by death.

China’s demographics convey a society with no purpose except its own gratification. And, like Japan before it, the People’s Republic of China isn’t building an empire, it’s destroying a society.

Daniel Greenfield: Only 4 of Glasgow's 71 Muslim Refugee Child Rapists Have Gone to Prison