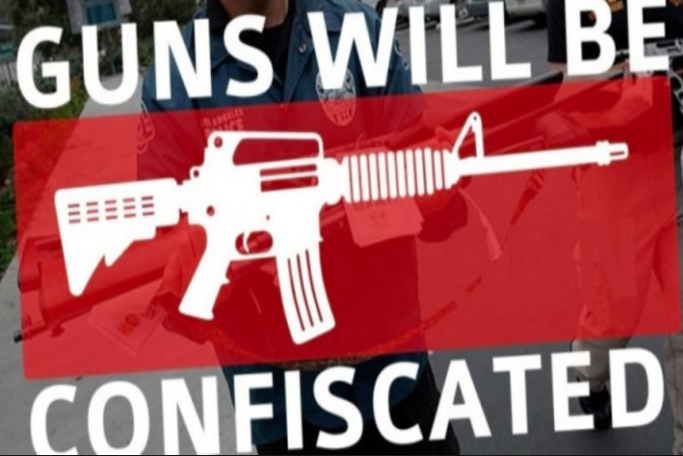 Education Week featured an article on February 11th (here) concerning school shootings and what to do about them. It was refreshing in that it was devoid of any direct bashing of gun owners or firearms as well as any demands for gun-bans and other off-the-wall measures that typically plague the more left-wing members of the education world.  The writers, three parents of victims in the Parkland school shooting that took place on Valentine’s Day, 2018 have taken to activism on the subject of school safety with a markedly practical and generally thoughtful view of the problems associated with such tragic events.

There was, however, one aspect of their stance that is bothersome. Support for so-called Red Flag Laws flies in the face of our constitutional safeguards and that makes them just plain wrong. The article states that Florida’s recently enacted extreme risk protective order process “respects due process”.

If a so-called “red flag” law respects due process, how can law enforcement take action to prevent violence before it happens. It would seem to me that notifying the target of such a complaint against them and the possibility of a confiscation order being imposed before they are engaged in a criminal act and requiring him/her to appear for a hearing to determine if they are a threat defeats the entire purpose since it affords the target the opportunity to avoid confiscation of the weapon. It could also trigger someone to take that violent action before there is a chance to stop it.

In reality, any sort of “red flag law” is antithetical to “due process” because they all require confiscation of firearms before the target is afforded any sort of due process. After the fact due process is due process denied. Not only that, but exactly how can someone, wrongly accused of being a threat, prove a negative? How do they prove they are not a threat? That is nearly impossible. Have we really reached the point where our society condones the presumption of guilt based on no investigation and the word of one person whose motivations are often not what they appear? Arrest or denial of rights BEFORE a crime is committed flies in the face of our constitution. People have already died because of “red flag laws” being abused by vindictive individuals.

The fact of the matter is, if people spent more time being even moderately engaged with the people around them, the symptoms of trouble approaching would be apparent well in advance of violent actions. We, as a society, have failed when it comes to teaching our children about self-discipline, morality, respect for each other and the need to believe in something greater than self. This is what must change before these violent acts can be ended. Instead of waiting until a threat is imminent, how about we get pro-active and help that person get the professional help they need.

Mass shootings were virtually non-existent prior to the 1960s. That is when the deterioration in faith and morality began to manifest itself widely. Mass killings will, tragically, continue to happen until there is a change in societal mindset to one of moral and personal responsibility that transcends self-aggrandizement and selfishness. It will likely take several generations to restore that mindset.

Traditional two-parent families, faith, and discipline are far more effective than a court order in minimizing violent behavior that threatens others. We often admonish individuals that they “reap what they sow.” Perhaps that is true of societies as well. It is certainly worth considering.