There is no doubt in any logical person these days that the Second Amendment is under attack from multiple directions. Not the least of which is what was done by Michael Bloomberg when he paid $10 million to run a false advertisement during the Superbowl game on February 2, 2020. 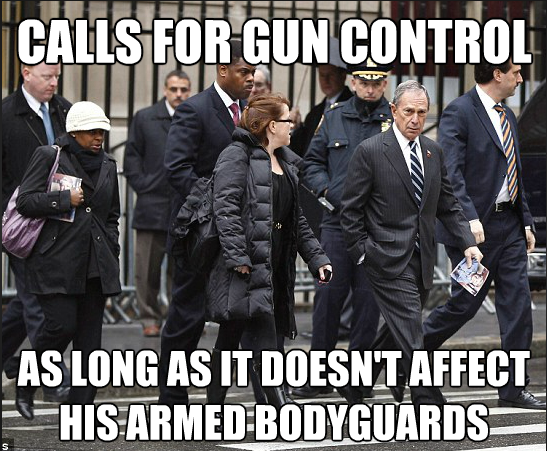 The date was certainly appropriate if you look at it in light of the vintage movie “Groundhog Day,” but the ad was certainly (or should be) an embarrassment to any legitimate candidate for the high office of President of the United States.

The problem with the commercial touting his candidacy was that it used “statistics” provided by Anytown for Gun Safety, a rabid anti-second amendment group he finances. The claim was that “2900 children die from gun violence every year.” It is certainly something to make most decent people cringe and recoil, but this statistic is not quite what it appears.

That claim is, first of all, false to the core.

The number is based on deaths by firearm of people between the ages of zero and nineteen which makes nearly half of that number beyond the classification of “children.” In fact, nearly half of that number are, by any definition, adults. However, if you are looking for an emotional reaction to turn people away from firearms, thinking nearly three thousand “children” die every year is a great motivator. Truth be told, even given that number, nearly half actually die, not from violence but from suicide. Every one of those firearms suicides could just as easily be accomplished with any commonly available over-the-counter drug found in many medicine cabinets in America.

In reality, as stated in Gunpowder Magazine this week:


According to the U.S. Centers for Disease Control and Prevention, FactCheck.org notes, the average number of firearm-related deaths involving Americans 17 or younger from 2013 through 2017 (the period used by Everytown for Gun Safety) was about 1,500, roughly half the number cited by Bloomberg. Furthermore, nearly two-fifths of those deaths were suicides, meaning the number of minors killed each year by “gun violence,” as that term is usually understood, is about 73 percent smaller than the figure cited in Bloomberg’s ad.

This is certainly not unusual for the gun grabbers, and statistics are something that if you do not look closely you can be easily manipulated if the writer has something he/she wants to prove (that isn’t quite true).

The danger in this case is twofold. 1) The huge audience that was very likely misled by such an advertisement during an event that draws millions to the boob-tube every year, and 2) The average American just doesn’t take the time to do their own research before drawing a conclusion and taking a position on any significant political issue these days. That is disturbing, too, but we are reaping the results of a 100-year effort to dumb down the population…but I digress. 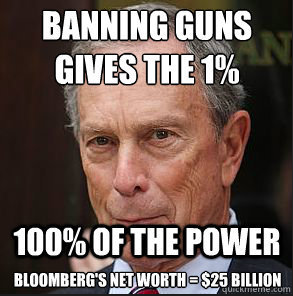 The fundamental value in the Second Amendment is deterrence. Yes, it is a mechanism created by the founders whereby they believed a mere threat of an armed citizenry would be adequate to deter those in power from becoming tyrants. Do not believe for a moment that the leftists who control the media and many seats in Congress believe that this deterrence is adequate to stop them. If Virginia’s experience over the past few months is any indication, the leftists believe that they can chip away at that safeguard incrementally until it has been eroded to the point of impotence. It is then that the rest of our rights and protections enshrined in our constitution will be at the mercy of those who would attempt to gain total control of our public and private lives.

The only defense against the sort of disinformation being spread by so many of the Democrats these days is to ask questions and challenge everything. Look for the underlying motives and call out the inaccuracies and outright lies at every occasion.

Given the enormous wealth of Michael Bloomberg you can count on seeing a lot more of this man who masquerades as a “conservative” while running under the banner of a party that has gone off the rails to the point of nearing the cliff. If we cave in on the Second Amendment, we will find ourselves going over that cliff into a dark period of tyranny that this country has not seen in 245 years.

Rights are things that are granted to us by God. We are intended to be free beings with free will.  Nobody that supports gun rights is trying to force any one to arm themselves. That is a choice. Government at any level is ordained to protect those rights and choices, not to decide which ones must be suspended “because the people don’t know what is good for them.” Lies are the tools of those who do not understand that or choose to ignore it in a quest for power. Bloomberg obviously wants to purchase that power based on lies. Don’t be fooled.