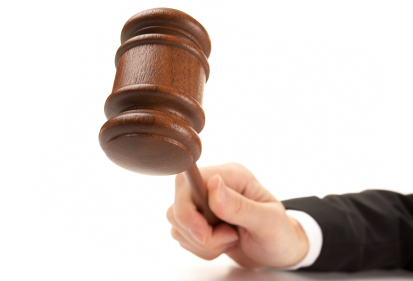 When I was teaching government we always finished the year on local government with an emphasis on the court system. The climax was a mock trial which seemed to be the favorite activity of the year for students in my class. Considering they were seniors anxious to graduate and it being their last semester it would seem like they could not wait for the school year to finish. Not so when involved in these trials.

One year we considered a separate course titled Practical Law and there was a vote of the student body for extra courses available for students. The general thought was that number one choice would be one titled Human Growth and Development which really amounted to sex education. When the vote results came in it was found that 75 percent of the voting students favored Practical Law. As I explained to parents during a PTA meeting it was obvious seniors felt they knew more about sex than they did about law.

For me that meant a Summer of studying everything I could about the court system and fortunately I had friends in the legal profession. I spent a great deal of time in courthouses, reading law books and attending sessions of court. Of course

I knew there was no way I would become an expert in the field, but I had assurances that we would have a number of guest speakers from law enforcement officers to judges. One thing I did learn is that the public has many false impressions about the American legal system and this has largely been due to the media.

We all loved the popular TV shows of Perry Mason, Matlock, The Defenders and others. In these shows most all cases were criminal where in real life ninety percent of cases that go to court are civil. Also because of constraints on a show’s length we see a crime committed, a case made again an innocent person, and everything resolved within an hour. In actuality cases, particularly criminal cases, can drag on for months or years.

This is not to say that the ideas behind the shows are all bad. We see that everyone has the right to an attorney, that evidence and witnesses are presented by both sides and that both sides have opening and closing statements. The accused may face his or her accuser and the accuser is carefully cross examined.

Paramount in these cases is jury selection and very little time is devoted to that on TV or in films. However both sides are supposed to have the opportunity to play a major role in selecting an impartial jury. That section process can be very picky as I was called four times for jury duty in one year and rejected the first three times.

The first time was because I was a teacher and this involved a drug case. The defense attorneys admitted to me later that they were concerned about how I felt about students on drugs. The second time was because I wore a suit. As silly as that may sound it was a class thing so in the future when called I made it a point to dress down. The third time I was turned down was because we were asked if we had any friends in law enforcement and I happened to be a friend of our local sheriff.

All three of those first ones were criminal cases. The fourth was a civil case and I was accepted. Possibly because the defendant refused his right to an attorney and defended himself. He proved the adage that when you defend yourself you have “a fool for an attorney” and the judge ruled against him before it was half over.

Now as bad as some cases are presented in TV shows, what we have witnessed recently makes the productions involving Perry Mason, Ben Matlock and The Defender team look brilliant. If you want people to learn about the American justice system then they would be better off to keep the TV sets tuned to anything other than the impeachment process we watched conducted by the United States House of Representatives. What we have been viewing is the most partisan legal proceeding ever carried out in our nation. No witnesses or documents permitted by our president, no opportunity for cross examination and no objections accepted. The Democratic Party was committed from his first day in office to impeach Donald Trump and holding the majority in the House they had their way.

Now the Articles of Impeachment are in the hands of the United States Senate which will act as jury as the Chief Justice of the United States Supreme Court serves as the judge. Granted Republicans are in the majority in the Senate, and pundits are saying the lack of evidence in a very poor case will lead to the President being easily acquitted as this writer believes he should be. However, anyway you look at this, the whole thing has been a travesty of justice and not an example of how the system should work.

In the President’s defense team the most brilliant member would appear to be Alan Dershowitz, a distinguished Harvard Law Professor with a vast background of high profile cases behind him. He is a Democrat, one who considers this whole case unconstitutional and a sham from beginning to end. It has seemed from the beginning by this writer to be both unconstitutional and a gigantic waste of taxpayer money. Our Congress surely has better and more important things to do than this.

Sadly Democrats in the House threaten to continue their drive to removed the President nomatter the verdict of the Senate. Should Donald Trump be re-elected this November Democrats say they will continue this thing for another four years.

The good news is that there exists a higher court. The voting public. Americans in November should look carefully at the role played by their Congressman and Senator and reward them accordingly by voting the bad apples out. If this does not happen then our nation is headed for major disaster. This is especially important for Christians to get to the polls and make their voices heard.

Trump Fighting for the Lives of Babies As Impeachment Trial Continues