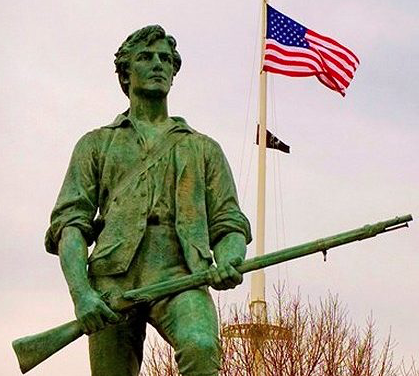 For the past ten days or so, our state legislature has been hard at work wending its way through hundreds of bills, many of which get ignored or missed in the press for what are considered “more important” bills.

I will work my way through what I believe are worthy bills as quickly as possible with a brief blurb containing the basic purpose of the bill and my view as to whether it gets a thumbs up.

With the number of WV residents who are also honorably discharged veterans, this will have greater impact than one might first assume.  For such veterans, SB 8 provides an exemption from the normal $90 cost of securing a concealed carry permit that is necessary if a WV resident intends to carry a firearm concealed outside the state.  Within the state, WV does not require a permit to carry either concealed or openly on your person. Thumbs up on this one!

Now this one might seem like a minor point but has merit.  It is missing one element that could have made it better.  SB 10 provides a legal basis for using the fact that someone did not have their seatbelt fastened as evidence in civil lawsuits.  In such cases, the failure of someone to fasten their seatbelt could reduce the degree of another driver’s damages if that failure created greater personal injury than would otherwise have occurred.  Again, thumbs up!  What was missing is the repeal of the code that makes failure to wear a seatbelt an offense.  With this change, there is no justification for retaining that aspect of the code.

Under the current pre-emption law in WV there was a small loophole that this bill closes. SB 15 prevents municipal authorities from banning the right to carry a firearm in that city without a permit (even for temporary events).  Another thumbs up here, too!

This bill represents WV’s Fetal Heartbeat Protection Act preventing abortions once a fetal heartbeat is detected.  The only exception provided for in the bill is a case of medical necessity that failure to perform an abortion would be detrimental to the life or major bodily function of the mother.
Thumbs up for Life!

Prohibits municipalities from restricting the possession of a variety of deadly weapons other than firearms and pepper spray when possessed within a city except that their possession can be limited within municipally-owned/operated buildings. Overall, thumbs up, but could be stronger.

This is WV’s equivalent to the federal Born Alive Infant Protection Act and makes it a felony for failure to take appropriate steps to sustain the life of an infant who is born alive as a result of the performance of an abortion.

Prohibits “civil asset forfeiture” action unless it is tied directly to the crime and the owner of the property is convicted of said crime.  In other words…no conviction, no forfeiture…actual due process protections.  Big thumbs up on this one and kudos to the Senator that introduced it.

Welcome additions if they can be passed.  Requires Physicians and Public Schools (respectively) to notify parents when prescribing contraceptives to minor children. Thumbs up.  Too many efforts have been made to minimize parental authority over their children.  That needs to stop.  Good step in that direction.

Prohibits local airport authorities from prohibiting the otherwise lawful carrying of a firearm within the NON-secure areas of any county airport facility.  Thumbs up.  The non-secured areas of any airport are no different than a retail store or other public area in a community.  Until you reach the security checkpoint, there is no reason to restrict this practice.

The purpose of this bill is to eliminate the permit requirement for storing of a concealed handgun in a vehicle on school property for persons over 21.  Thumbs up, but…One of the pre-existing provisions of this section of the code allows the DMV to suspend the license or refuse to license a minor over the age of 14 until their 19thbirthday.  This aspect of the code should be eliminated since a driver license is virtually a necessity to maintain employment and would very likely result in further aggravating the chance that someone so convicted could be prevented from becoming a productive citizen.  There are other measures that could be used to punish an offender under this code section.

The purpose of this bill is to eliminate the restriction to carry a firearm on the State Capitol Complex grounds but still does not address the issue of firearms within the Capital Complex buildings themselves.  We’ll give a pinky finger to this one.  It is time to let legislators know that they have nothing to fear from lawful firearms owners who carry for their own defense and the defense of others. Restricting firearms to the outdoors and parked/locked autos leaves the most vulnerable spaces as gun-free zones that invite the mentally ill bent on destruction to a target-rich environment.

There is a total of over 530 bills introduced in the Senate.  Many of them were of little benefit to any but a small segment of the population or were regulations that must be approved by the legislature (wish this were true under the federal system).  Way too many were intended to increase taxes or fees or enlarge the size of government.  While the legislature is controlled by the Republican Party at the moment, there are still some hard-core socialists among the minority that load up the list of bills in hopes that they can enlist some of the RINOs we are plagued with to aid in their efforts.

Later this week I will pass on some of the high points among the 1500-odd bills introduced in the House of Delegates.

The sole purpose of this synopsis is to provide voters with a push to contact their Senators and encourage the passage of the good ones and look further into why some of the others are of no benefit to freedom or your wallet.  Go here to see the full list for both Senate and House of Delegates, then click on the bill number to open it up for closer reading. Call or contact your Senator through the same web page and encourage them to support the bills you believe are worthy of becoming law.