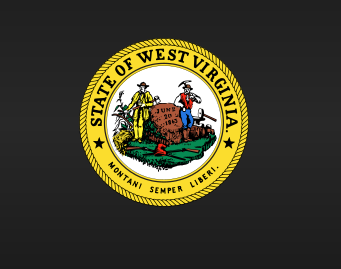 But before we get into the new laws, I want to make special mention of the fact that the WV Senate pass the Convention of States Resolution in support of fixing our broken federal government. It now goes to the House of Delegates for their consideration. Let’s encourage all of our delegates to get behind this effort. Contrary to popular (at least among Democrats) beliefs, this convention authorized under Article V of the constitution can only make recommendations to amend the constitution.

Every state legislature has the opportunity to weigh in on any amendment recommended by such a convention and it only take thirteen states to kill an amendment and prevent its ratification (38 to pass one). Those who say they fear such a convention are either profoundly ignorant of the constitution or really are afraid of the power that is given to the states to limit the power of the federal government.  By those, I again refer to Democrats.

In the House of Delegates:

First on the list and one of the best.  This bill creates the Education Savings Accounts that aid in making school choice a reality in WV by giving parents a way to make their children’s education expenses more affordable. BIG thumbs up on this one.

Not a major priority, but any time there is a repeal of a law that restricts individual freedom or makes business more complicated is a good thing. Thumbs up.

This bill relates to the efforts to pass what has been called in the press the “Fairness Act” which is anything but fair.  Not sure what the intention of the sponsors is with this one, but I would have thought that investigating the intend of a person accused of violating the Human Rights Act would be a given.  This bill makes it a specific requirement.  More on the “Fairness Act” bills coming up.

Eliminates discrimination by higher education as it regards admission requirements imposed on other than public school graduates.  Benefits those who are private or home-schooled.  More choice in education is always better.

Forces a presumption that shared custody of children in cases of divorce be deemed in the best interests of the child(ren) unless one of the parents is adjudicated unfit. This is a completely bad bill that flies in the face of evidence-based decision-making in child custody cases. Parenting skills can differ, and circumstances may not rise to the level of being unfit but still favor custody by one parent over the other.  These decisions should be based on facts and circumstances not on a legislative presumption. Thumbs DOWN!!

These are union-backed attempts to eliminate the “Right to Work” without having to pay dues or fees to labor unions.  It took years to rid WV of closed-shop laws and it has been repeatedly shown that business growth is encouraged when Right to Work legislation is enacted.  HB 2057 attempts to overturn the elimination of “prevailing wage” requirements for state contracts.  Prevailing wage rates in the past were inflated to ridiculous levels that cost the state millions too much on many contracts. Triple Thumbs DOWN on both bills!

Another leftist effort to hold employers responsible for things that they have little control over.  This bill makes it illegal for an employer to permit an employee to make statements to another employee that results in “psychological harm”, among other things. It is very similar to the Human Rights Act but provides the same sort of “Protections” but without someone being in a protected class.  There are lots of 1stAmendment issues here that fly in the face of logic as well as constitutional law.  Thumbs DOWN!

Repeals the requirement for those over 21 to wear a helmet while riding on a motorcycle. This one should be merged with SB 10. The civil damages that might be increased by a person not wearing a helmet is similar to a driver not wearing a seat belt.  Those who choose to do either rather reckless thing should not be permitted to benefit when suing someone for causing an accident.  At the same time, either practice should not be a matter of law but of personal choice.  Merge this with SB 10 and I’d give it a Thumbs UP.

West Virginia’s Life at Conception Act would ensure that pre-born children are protected from abortion. Thumbs WAY UP!

Eliminates the personal property tax on vehicles registered in the state.  This should be a no-brainer but there are revenue implications that must be addressed if this were to be passed.  WV is far too reliant on personal property taxes on both personal and business assets and inventories.  Would love to see this passed with some responsible choices made on replacement revenue or reductions in spending or a combination of both. Thumbs UP with reservations.

The West Virginia Firearms Freedom Act (2143) exempts any products related to firearms, ammunition, etc., that are manufactured in WV and retained within the state to be exempt from federal regulation.  Time to invoke the 10thAmendment.  HB 2170 prohibits and nullifies any federal or local law that restricts in any way the provisions of the 2ndAmendment and the corresponding section of the WV Constitution. Big Thumbs UP for both!

Exempts Social Security Benefits from state income taxes.  Benefits is really not the right word since what one receives from Social Security is money you already paid taxes on when it was given to the system. That is one great reason for not having to pay taxes again when you receive that money back.  MAJOR BIG Thumbs UP!

Authorizes a $500 tax credit per child for parents and legal guardians whose children attend a nonpublic school.  This should be clarified to include children who are home-schooled.  Thumbs UP subject to the clarification.

This bill is to allow a person who holds a current and valid license to carry a concealed deadly weapon to carry such a weapon on the campus and in the buildings of a state institution of higher education. It provides exceptions and immunity to an institution for a licensee’s intentional or unintentional use of a firearm while carrying it under the act. Thumbs UP!

Companion to SB 277 prohibiting civil asset forfeiture without a criminal conviction and a connection between the crime and the property seized.  BIG Thumbs UP!

This bill among other related things lifts the prohibition against the sale or purchase of raw milk.  Individuals should be permitted to make their own decisions regarding what they purchase to eat/drink.  Thumbs UP! Overdue.

Provides safeguards and transparency with regard to the settling of refugees within the State of West Virginia.  There are significant expenses to the state/taxpayer for every refugee that is settled in the state.  Citizens and those responsible for funding those resettlements should have the ability to control the numbers permitted to enter and settle.  Big Thumbs UP!

One of four separate bills in the House of Delegates that would add “gender identity” and “familial status” to the protected classes under the Human Rights Act (so-called Fairness Act).  None of these bills provide ANY protection for religious beliefs and could result is effective loss of religious freedom for anyone who operates a business or finds themselves in the position to be sued by a person in a protected class. Biggest Thumbs DOWN.  Sexual orientation, gender identity, etc. are choices not immutable characteristics like sex and race.

I could probably continue this piece for a few more pages, but I think the audience would evaporate so I will add in closing that there are still about 1000 bills currently working through the House of Delegates. Some of those bills are also worthy of passage but many are better off never being introduced. I encourage those of you who reside in WV to go HERE to review these bills as you are able and willing and contact your delegates to express your opposition or support as the case may be. Only through constant diligence can taxpayers and citizens maintain any sort of control over the functions of their state government.

Emery McClendon: The Left Continues Trying to Divide and Conquer