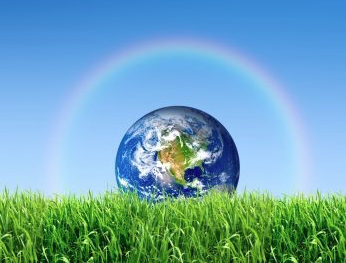 In the name of saving the planet from climate catastrophe, the Democrat candidates for president – including the front-runners Biden, Sanders, Buttigieg, and Warren – are promising to radically change our country.

It’s the new secular religion, and in the all-powerful name of climate change; no aspect of society, economy, or culture can be left unchanged.  Like the theologians of any religion, the high priests of today’s new climate religion insist you believe in the essential doctrines of socialist economics or be shunned and branded with a capital “D” for denier.

No longer is free health care just free health care.  Now it’s required as to promote climate justice along with a long list of other issues seemingly unrelated to the climate – LGTBQ rights, immigration, the wealth gap, and teacher unions.  Each have become essential doctrines in the faith of climate religion.  If you disagree, be prepared to face excommunication.

Apparently, Democrats believe voters agree that climate change really is a matter of planet survival and it’s all America’s fault.

Except that the U.S. has led the world in reducing it’s overall carbon footprint in the last 15 years. The 2017 BP Statistical Review of World Energy shows that since 2005, the U.S. has cut its carbon emissions more than any other nation by far — a reduction of 758 million metric tons.  That’s almost as much as the 770 million ton combined reduction of the entire European Union.

To Democrats, zero emissions is a goal worth the destruction of our economy despite the fact achieving it would make very little difference in reducing overall carbon emissions.  At least so long as countries like China and India rely on dirty coal technology.

What’s more, turning America into the likes of socialist countries like Venezuela and Cuba would only stop the technological innovations that are the world’s best hope to provide the climate solutions we need.

Joe Biden says his highest priority on day one in the White House will be to make the whole LGBT community feel good about themselves.  No, not directly related to climate change, but nevertheless an essential doctrine of the new religion.

Warren and Sanders have both promised day-one agendas that include a ban on all fracking and drilling.  Pete Buttigieg has also promised to ban fracking and implement “a bold Green New Deal.”

They must really miss the good ‘ole days when the United States was dependent for its energy on Middle Eastern countries that hate us.

Their preoccupation with eliminating fracking is ironic given our decline in carbon emissions correlates precisely with the boom in shale energy production. It’s when the U.S. substituted natural gas for coal that we started massive reductions in carbon emissions.

We all want to preserve the planet for future generations. But the exact wrong way to do that is to put government bureaucracy in charge.  The right way is to combine the resources of government with the innovation and creativity of private enterprise. Not only will that approach allow us to enhance our quality of lives, protect our assets, and preserve our freedoms; it will produce the surest solutions possible to attack and defeat our climate problems.

Sadly, free enterprise doesn’t calculate into the doctrines of the new climate religion. Their faith is in salvation by socialism. Unlike most religions though, the socialist church won’t settle for voluntary conversion; it enforces its dictates by government mandate. And if the rest of us refuse to get in line, Democrats promise they’ll give us hell on earth.

Given the long, sad and messed-up history of socialism’s failure to provide prosperity and happiness, much less redemption; we should be reluctant to convert to the new climate faith.

Democrats Debate in Iowa: Second Verse, Same as the First.