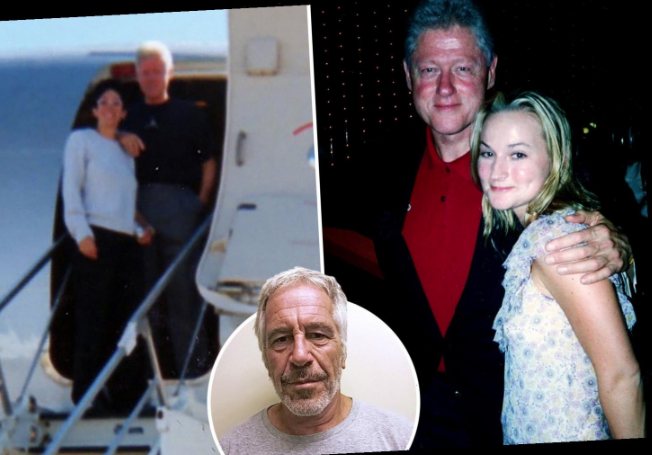 Thursday night ABC aired a 2-hour “news” program all about child predator Jeffrey Epstein entitled ‘Truth and Lies: Jeffrey Epstein’. This entire show was perhaps created because of the excellent work of James O’Keefe’s Project Veritas, who provided leaked footage of ABC reporter Amy Robach talking off-camera about how the network ‘quashed’ the entire Epstein story in the first place.

“It was unbelievable what we had,” Robach said. “Clinton, we had everything. I tried for three years to get it on to no avail. And now it’s all coming out and it’s like these new revelations, and I freaking had all of it.”

In Robach’s off-camera remarks she said she had an interview with one of Epstein’s alleged victims in which everyone from Bill Clinton to Prince Andrew were implicated. ABC’s reasoning for not airing it was because no one knew who Epstein was so viewers wouldn’t be interested…

The first half of Thursday’s show established Epstein as an alleged child predator, aided by his twisted sidekick (aka child pimp) Ghislaine Maxwell. It featured interviews with alleged victims of Epstein, all who were brought into his home as teenagers under the guise of doing “partially clothed massages” in order to receive $200.

If you’re wondering how ABC would figure out how to blame President Trump for all of this, the political bomb was dropped in the 2nd half of the show.

Around 2008 law enforcement finally thought they had enough evidence to prosecute Jeffrey Epstein. They had testimony and they had physical proof, derived from collecting trash evidence.But then, seemingly out of nowhere, then-U.S. Attorney, Alex Acosta, blocked the deal (possibly at the urging of ‘upper intelligence’).

From Daily Caller, “Acosta made a deal with Washington, D.C. attorney Jay Lefkowitz, his former colleague, at a breakfast meeting in October 2007, according to the Miami Herald. The deal closed an FBI probe into whether there were more victims, granted immunity to ‘any potential co-conspirators,’ kept the deal from the victims in violation of federal law, and gave Epstein a lenient sentence in state court.”

Again, all of this took place in 2007 and 2008. It did not happen during the Trump administration, but unless you were paying close attention you wouldn’t notice. At one point during the show someone asked why the DOJ didn’t do anything about this–never mentioning it was Obama’s DOJ that did nothing to overturn the ruling, not Trump’s.

But that’s exactly what ABC was insinuating throughout the entire 2nd half, when they were able to twist things around and make it political. Because over a decade later, U.S. attorney Alex Acosta became Donald Trump’s Labor Secretary.

So throughtout the rest of the show, whenever anyone talked about how Epstein could have been arrested in 2008, ABC showed pictures of Alex Acosta with Donald Trump. They ignored the fact that it was the Trump’s DOJ that finally re-opened Epstein’s trafficking case–the same case that had been closed tight during the Obama years…

But of course that wasn’t the point ABC was trying to make.

The last part of the program skipped over the deepest, darkest segments of Epstein’s life–all the secrets that the powerful people of the world still don’t want anyone to know about. Some of those powerful people are probably many of the folks who run the networks–including ABC.

And speaking of, ABC apparently had access to very important information such as Epstein’s flight logs, which provide information (albeit mostly initials) of the VIP’s who traveled to and from “Lolita Island”. They also claimed to have Epstein’s ‘black book’. So it’s not as if ABC didn’t have some really juicy information they could have shared with viewers–but again, they barely skimmed the surface.

The only person ABC completely “outed” as a person who allegedly partook in Epstein’s trafficking was Prince Andrew, who had basically already outed himself in a BBC interview and was promptly kicked out of his royal duties by the Queen. 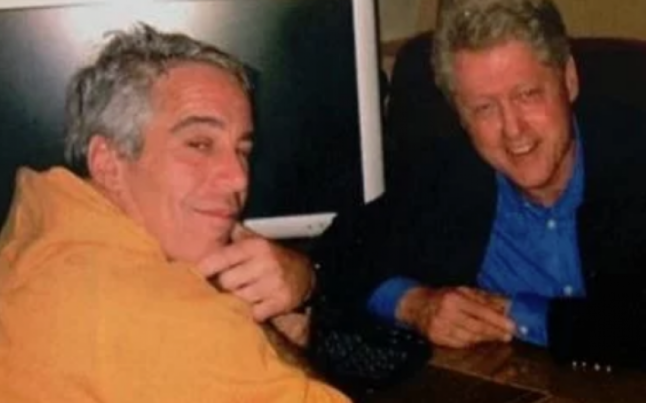 But par for the course, and again possibly the only reason for the entire show, ABC only showed two other ‘rich and powerful’ men who associated with Jeffrey Epstein: A picture of Bill Clinton (featured so quickly many probably said, ‘who was that?!’) and a lingering shot of…you guessed it–Donald and Melania Trump with Epstein and Ghislaine. (By the way, Snopes, that bastion of truth, has deemed all associations photos of Epstein and Clinton as FAKE…of course.)

For the record, the facts about Epstein’s ties to Trump are much more cut and dry than those of Bill Clinton. In fact, according to attorney Bradley Edwards, who represented some of Epstein’s victims in 2009, Donald Trump was the only person willing to help him in his case against Epstein:

“The only thing that I can say about President Trump is that he is the only person who, in 2009 when I served a lot of subpoenas on a lot of people, or at least gave notice to some pretty connected people that I wanted to talk to them, [Trump] is the only person who picked up the phone and said, ‘Let’s just talk. I’ll give you as much time as you want. I’ll tell you what you need to know,’” Edwards recalled.

And best-selling author James Patterson, who wrote a book about Epstein called ‘Filthy Rich‘, claimed that Trump banned Epstein from Mar-a-Lago. In an interview on Fox News, Patterson said: ‘There were some complaints about Epstein at Mar-a-Lago. I spoke to the head of the spa there. … She said she went to Trump, and he threw [Epstein] out of the club.'”

As for Epstein’s uber-crazy “hanging” death (aka “suicide”), ABC skipped over most of that, focusing instead on the victims being able to speak in court about their abuse. But of course they got in one last political shot by again alleging that “Trump’s Labor Secretary” is the reason Epstein wasn’t arrested earlier…never mentioning, again, that it happened during the Obama years…

So there ya go, ABC’s very twisted version of the Epstein case shown to millions of people who don’t know any better. Will these people ever learn the truth now, that even some of their favorite celebrities (many of whom Ricky Gervaise called out as perverts during the recent Golden Globes) are possibly tied to Jeffrey Epstein? Will they ever see pictures of the underground torture chambers on Lolita Island? And where in the world is Ghislaine Maxwell–is she still pimping for the rich and famous out there somewhere?

According to ABC’s version of “truth”, you’d think the main person responsible was their favorite scapegoat for everything on Planet Earth… Donald Trump.