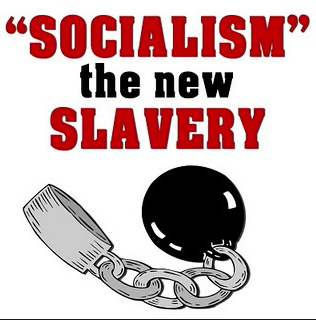 In fact, it looks increasingly like Bernie could win the Iowa caucuses and go on to win in New Hampshire a week later.

Anyone who cares about freedom, private property, and just plain old common sense economics has to ask, “What in the world is going on?”  How come kids today are adopting the kinds of toxic ideologies their parents and grandparents fought wars to defeat?

It’s pretty clear where the problem started when you consider that the biggest single group of donors to Bernie Sanders’ campaign are public school teachers.  For the past 50 years, the teacher unions have pushed a particularly noxious brand of leftist ideology.  If you doubt their indoctrination is working, try finding a college where professors aren’t mostly raging leftists.

A big part of their indoctrination depends on students adopting a particularly corrosive view of American and world history that focuses on the darkest parts of our country’s past.  Their teaching is chock full of lessons about slavery, the depression, the Ku Klux Klan, American colonialism, abusive business monopolies, injustice against native Americans, and child labor.

They downplay the bright spots:  the Declaration of Independence, the balance of powers, the protection of human rights, the support America has provided other countries in need, or the American lives lost in liberating others from tyranny.

And they absolutely never mention the economic miracle that came from our early commitment to free markets, how that commitment lifted more people out of poverty than ever before in the world’s history.

Sure, America’s made mistakes.  And we should confront those mistakes, analyze them, and learn from them. But to ignore our achievements not only sells America short, it’s dangerous.  A misunderstanding of history — both bad and good — will only lead to our making the same mistakes that have caused so much suffering through the mostly sad, pathetic, and painful history of human beings.

Students today don’t learn that communists like Stalin, Lenin, Mao and Pol Pot are directly responsible for the murder of more than 30 million men, women, and children.  They’re never taught that socialist economies – in every place and at every time – have always resulted in misery, privation, and poverty.  They don’t consider the suffering of people in Cuba, Venezuela, North Korea, Nicaragua, or anywhere else socialism is the primary economic system. They don’t understand that Hitler, another socialist, was responsible for the deaths of 34 million people including 6 million Jews who were gassed simply because of their religion and ethnicity. Fidel Castro has murdered more than a hundred thousand of his own people almost within eyesight of Florida’s southern islands.  In Venezuela, once the richest country in Latin America, people are literally starving.

Teachers today seem to think the reason so many people around the world want desperately to come to America is to join in an abundance that’s accidental.  They don’t see a relationship between our prosperity and our history, values, freedom, and commitment to the dignity of every human.  And because teachers don’t get it, neither do their students.

When confronted with all these examples, Democrats often point to the “socialist” prosperity of countries like Sweden, Norway, Finland, and Denmark.  It’s not true.  First, they aren’t socialist countries, as much as they are massive welfare states built on the backs of capitalist economic systems.  And, second, the government programs in these countries don’t work as well as the socialists claim.  Take health care.  Their medical and drug innovations all come from the U.S. and other countries because there are no incentives to create them there.  What’s more, wait times for even life-saving medical treatment extend for months.

None of this is being taught in schools today. Instead, it is about the dehumanization of capitalism, greedy corporations, and the unjust wealth gap.  Students learn about police misconduct, but seldom about the impact crime has on the lives of the innocent.  Students are told that borders are bad, and things like housing, education, medical care, and food should be free.

Listen to Ocasio-Cortez, or any of the other progressive Democrats in Congress, and you’ll see the impact of education’s failure on our political system.

Most of us grew up sympathetic to the Democratidea of fairness, until we saw how much Uncle Sam was taking out of our paychecks and how little it was actually helping improve our communities, schools, and quality of life.  Once we noticed that, we took another, more favorable, look at the party of lower taxes and changed our registrations. We can hope the same thing happens with today’s young people.

But beyond just hoping for the best, we have to step up the pressure on our schools to return to teaching truth about our country and our history.  We owe it to the Americans who gave their lives to defeat tyrants, make us free, banish slavery, and create the greatest engine of economic success in the history of the world.