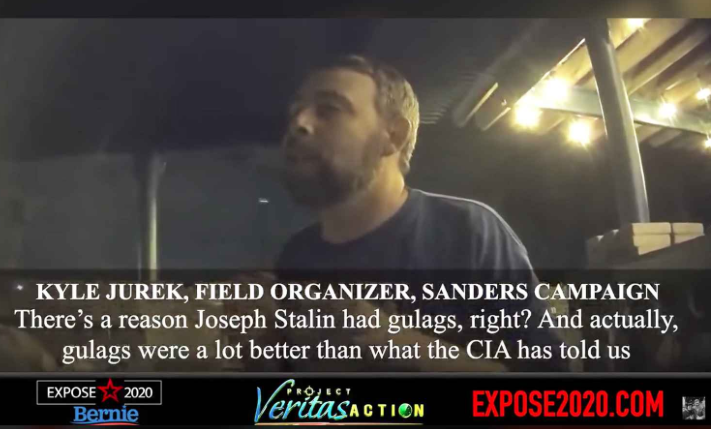 Recently I heard someone mention that during its original run, there were people who actually contacted the Coast Guard about the people stranded on Gilligan’s Island. It sounds far-fetched but it actually happened (see Coast Guard/Gilligan). As one telegram put it: “For several weeks now, we have seen American citizens stranded on some Pacific Island. We spend millions in foreign aid. Why not send one U.S. destroyer to rescue those poor people before they starve to death?”

Its hard to fathom the kind of mentality it would take to rationalize contacting the Coast Guard based on something one saw on tv. I remember watching an episode of the Beverly Hillbillies where Granny shot a tv set while watching a western. That’s crazy, but Granny was a fictional character. For a real person to react to events depicted on a tv show (a sitcom of all things) demonstrates that there are people out there that will believe anything they see on tv. Presumably, that’s why there are people who still watch CNN.

Gullibility is also the reason Bernie Sanders has widespread support. There is no other explanation. The most recent Project Veritas report on the inner workings of the Sanders campaign revealed some mind-boggling views held by some of Sanders supporters:

The above summarizes what Project Veritas caught Kyle Jurek (an Iowa campaign organizer for Sanders) saying. To say these views are insane doesn’t quite do it justice. The thought of a person ever being elected with supporters who think that way is terrifying to say the least.

Are we becoming dumber as a country? I often wonder about this. Clearly the public education system failed Jurek and those like him in a catastrophic manner. Gulags were like summer camp?

What? Did Uncle Joe read them bedtime stories? Its ludicrous.

One thing that should be noted is this: Jurek doesn’t have an extensive vocabulary. Virtually all of his comments contained vulgar language…surely the sign of an enlightened and civilized individual. Of course, the entire nation seems to communicate in vulgar terms these days. Is it really necessary to use foul language to get points across? Does use of such language add to the arguments one is trying to make or do they demonstrate a lack of maturity and rational thought?

If Bernie Sanders were ever elected President of the United States, it would be a catastrophe of epic proportions. Personally, I would buy some land out in the middle of nowhere and build a bunker to wait out the inevitable disaster that would undoubtedly take place. Sanders is a socialist and socialism never works. Not in the way Sanders proposes.

There are already elements of socialism in American life. Medicare and Social Security are two instances. Those are one thing, but Sanders wants to go all-out socialist. This means the wealthy must be targeted and stripped of their resources. It means that there will be no more upper class, middle class, or lower class…all of us will belong to the same class, whatever that might entail.

It means Bernie will be responsible for making crucial decisions and developing insightful plans to steer our economy.

The level of nonsense and gullibility in this country is already at record heights. Education has already been infiltrated by liberals…and they want to kick it up a notch? How do they propose to rehabilitate Trump supporters? Explain to us that being ambitious is a bad thing? To me its all about ambition. Since I live in a capitalist society, I have every reason to pursue my ambitions. I defy anyone to prove that its impossible for a person to acquire great wealth due to the circumstances into which they were born.

Unless someone is born with some sort of severe handicap, there is nothing which prevents them from setting high goals and achieving them. People of every race, gender, creed, and origin have made and continue to make fortunes in America and that’s what makes our country great. If you want it bad enough and you have the talent and willpower to see it through, the rewards are there. We have freedom.

However, the Democratic left, and Sanders in particular, would have us believe that the gap between rich and poor is so imbalanced that only a few select elites have the capacity to acquire or maintain wealth. That’s utter nonsense. Ambition and talent still mean something. I have worked hard for what I have earned, and I don’t feel guilty about my accomplishments. I’m not rich, but I live quite comfortably. My job reflects the education I attained and the dreams I have pursued. Nothing was handed to me. However, I’m supposed to be punished for what I have attained and re-educated to believe everyone deserves the same regardless of the effort they put forth? How is that ever going to make sense? If I start a business that grows and eventually ends up employing thousands of people, doesn’t society benefit?

Socialism is all about attempting to put everyone on an equal playing field. Everyone is supposed to play nice and share. Human nature says otherwise. If I work hard to acquire a fortune, why should I have to give it up? Why should my heirs be deprived of what I earned? Things aren’t always fair but that’s an unavoidable fact of life. Socialism removes all the incentives that go along with great accomplishments.

President Trump isn’t perfect, but he most certainly isn’t a fascist. He is not a dictator by any stretch. He calls out the press (and rightly so) for being totally biased, but he has made no effort to suppress them by force. He has done nothing to strictly control how people behave.

The real danger comes from Sanders and the left. Socialism leads to communism in a process that gradually destroys a nation’s ability to innovate and operate to the best of its ability. It ultimately leads to oppression and the denial of basic human rights. Those in power become more fanatical and impose their will by any means. Such regimes attract people who are ok with burning cities down. They can also lead to people like Stalin who butchered millions of people.

To a socialist like Bernie Sanders, the ends always justify the means. They come to power when the populace becomes gullible. And if America falls into the hands of people like this, it’s the end of America as we know it.