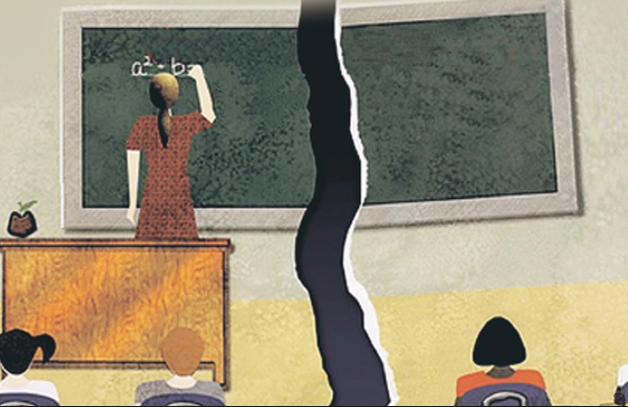 A recent article in Edweek’s website (here) attempted to delve into the Black-White Achievement Gap.  Through surveys of classroom teachers, a number of factors were identified that are often cited in discussions of this seemingly impossible puzzle.  Among the reasons for the gap that the survey included were:  genetics, discrimination, school quality, student motivation, parenting, income levels, home environments, and neighborhood environments.

Surprisingly nearly thirty percent of the respondents attached at least somewhat to extreme significance to genetics as a factor in the gap.  On several levels, I found that not only shocking but disturbing as well. Personally, I think there are a myriad of anecdotal examples readily at hand that suggests there is little to no significance to be found in genetics to explain the sort of differences seen among different racial groups when it comes to educational achievement.

On the other hand, the survey did point us in the right direction, but the author of this essay failed to dig quite deep enough to see where the problems are because the survey on which she based her writings was not nearly specific enough or may have been deliberately vague because some of the missing reasons are a bit uncomfortable to confront.

The first missing element that I believe contributes significantly to such a gap is that there has been a significant breakdown in traditional families over the past 60 years. The percentage of children growing up in single-parent or non-traditional family setting has exploded over that time frame. It has also been shown that children not living in traditional, two-parent, heterosexual families suffer poverty, involvement in crime, delinquency, and educational failures at rates several magnitudes greater than those who grew up in that type of family structure. (Here are some of the numbers.)

The blame for this is societal, but it has been particularly encouraged by federal policies that originated with Lyndon Johnson’s “War on Poverty.” That project initiated rules for receipt of welfare that precluded two-parent families (married or not) from staying together. It penalized those households where there was an able-bodied father present. It is one of the reasons poverty and dependence on welfare has become institutionalized within the black communities.

Additionally, where there is an effort to extricate the family from the clutches of dependence on govt support, the system makes it far more difficult because it is set up as an “all or nothing” proposition.  Once you reach a certain level of income (hardly enough to enjoy any sort of quality of life) the family becomes ineligible for any further assistance.

Instead of policies that encouraged getting out of poverty and succeeding, those policies did everything in their power to hold that progress back. Because Johnson’s stated reason for structuring his policies as he did was one of encouraging dependence, it has hit minority communities far harder than their white counterparts. With the poverty, other factors gain a greater ability to hold minority families back to a far greater extent than would otherwise be possible.

The second missing factor is “social promotion.” It can have a number of motivating factors.

When I was in my last year of high school, I was taking Trigonometry and Analytics from the same teacher I had for math classes for the previous two years.  I was never a big math fan but managed to receive reasonably good grades, but the teacher’s habit of starting at one end of the room (in which chalkboards were continuous along two walls) and never slowing down in his explanation of the subject at hand until he reached the opposite corner of the room and had to pause to erase what he had written on the board.

Little time was allocated for clarifications–you either got it or you didn’t.  When my test grades reached the level of 30-40%, I just gave up and used the period to do other homework.  When I received a passing grade in the class at the end of the year, the teacher told me that he did it because he “didn’t want to have to deal with me in summer school.”  This was a mild case by today’s standards.

While there are some teachers who might react the same way to a student that appeared unmotivated or a disruptive student, it does nothing but aggravate the problems as the student advances. Particularly if this is done in the lower grades, it can have a snowball effect of putting the student further and further behind the learning curve until he/she becomes disheartened, discouraged, and potentially frustrated to the point of no return.

In the past ten years or so, I have had conversations with many teachers who describe their experiences with social promotion. From those conversations the consensus developed that sometimes there is no choice but to take the path of least resistance. This is regrettable but somewhat understandable at the same time. It seems that in recent years parents have become so obsessed with defending their children against any suggestion that they are less than “Einsteins” to the point of threatening teachers with every sort of mayhem imaginable.

Between threats to make their lives miserable by complaining to superiors to actual threats of physical assault, those teachers have seen/heard it all. Often administrators are more concerned with pacification of parents than doing what is best for the students, so support for a teacher decision to hold a child back a grade is sorely lacking.

One of the people commenting on the article on the website suggested that racism was a major factor in the black-white achievement gap. In so far as government policies of the past have created some of the situations that I mention above, it is likely a factor, but it can be addressed.

Contrary to some, including that particular commenter, I do not believe that there remains significant systemic racism in the education system of America. Is there a small minority of individuals who hold racist views within our society? Certainly. That is unlikely to ever change, but within the education system, the only racism that may be left is through federal policies that, in reality, should not even exist given the fact that federal influence in education is not even legal under our constitution.  It is solely a state/local responsibility. That should be fixed straight away.

Fact is, the achievement gap is a very complex issue, but societal changes and ideological influences have done many harms to our children, families, and the system of education in our country. It will take years to reverse the negative trend. And in too many cases, the effects these negative changes have had fall the heaviest on minority communities, thus they suffer the brunt of the damage.  Is it any wonder there is a stubborn gap in achievement to go along with it?

America, There Are Major Problems in Our States