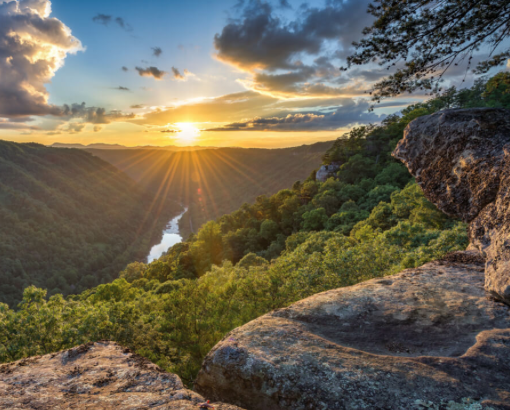 In 1997 I moved to West Virginia to “start a new chapter” shifting from civil servant to entrepreneur. Within days of moving to a state where I only knew all of three people I fell in love with my adopted state. The people, the natural beauty, the lack of big city congestion and noise…it was, in fact, ‘almost heaven’ as many say.

But as so many other things have done in the past 20 years or so, our state has been slowly but surely succumbing to the culture of social corruption that has transformed the traditional to the ridiculous.

Particularly concerning in many parts of our country today is the subject of religious freedom and West Virginia is no exception. Christians are starting to feel the pinch of hedonistic invasion via legislative assault. Much of the legislation being introduced this year is conspicuously devoid of any protections for or accommodation of sincerely held religious beliefs that might conflict with the provisions of the bill. As the regular session of the West Virginia Legislature got underway on January 8th, no less than five bills were introduced (either through the Senate or House of Delegates) that would gut religious freedom under the guise of “non-discrimination.”

Under the commendable but misleading popular title of the “Fairness Act,” legislators are attempting to add sexual orientation, gender identity, and familial status to the list of classifications that are protected from discrimination under the Human Rights Act (HRA) and/or Fair Housing Act (FHA).

[NOTE: SB211, SB270, HB2741, and HB2763 are all identical.  HB2025 adds a rather cryptic paragraph requiring any investigation under the HRA or FHA to include an examination of “intent” on the part of the respondent.]

The constant hue and cry of those who would attempt to force sexual orientation and gender identity down the throats of anyone within earshot is that these “conditions” are both normal and impossible to change in the same way sex and race cannot be changed. In the same breath, though, some are even now claiming that sex can be changed by equating it with “gender identity” or through surgery.  It clearly – based on science – cannot.  Apparently gender identity and sex can be different or the same but either way has the magical ability to be changed at will from day-to-day as the mood strikes the individual. Dear me, it seems so confusing.

However it doesn’t really have to be confusing if one deals in facts and reality instead of giving in to sexual deviance or gender dysphoria…both of which are defined by professionals as mental health issues as opposed to immutable characteristics such as race. Nobody is born that way.

In effect, the addition of those dubious classifications to the existing HRA/FHA places people and businesses in WV in extreme jeopardy from frivolous lawsuits, activist administrative law judges, and damaging investigations simply because their sincerely held religious beliefs preclude their participation in or sanctioning of certain behaviors they deem unacceptable or .

One needs to look no further than Washington (state), Oregon, Colorado, New Mexico and California to know what this sort of change in the law will bring with it. Florists, bakers, photographers, and others have been faced with financial ruin, business destruction, sometimes violent hostility based on similar statutes in those states. Simply opposing the codification of gender identity or sexual orientation as protected classes can get one labeled as a hater and in some situations suffer harassment and financial damage from retaliation by those who support what amounts to a voluntary lifestyle choice.

Whatever happened to freedom of association (or freedom from association as the case may be)?  Truth be told, with perhaps a few exceptions, lack of acceptance of these alternative lifestyles has nothing to do with hating anyone. It has to do with the freedom to choose what one is willing to associate themselves with. Christians are nearly always the targets of such statutes simply because their Biblical beliefs consider such choices sinful in the eyes of God. To participate in activities that celebrate such behaviors is to condone them and that can place a Christian’s soul in danger.  What part of “sincerely held” do people not understand?

Think about this for a moment: Is this truly about discrimination against personal traits that are claimed to be immutable?  If so, why are businesses own by Christians nearly, if not always, the targets of complaints of discrimination based on gender identity or sexual orientation?  There are many florists, bakers, and other “custom” businesses that are owned by people who adhere to other faiths that reject such lifestyles, but I am still searching for any case where a business other than Christian-owned has been brought before a human right commission on claims of discrimination.

Perhaps the real motivation behind these complaints against Christian businesses are more about destroying Christian faith than protecting LGBT types against discrimination. After all, with as many businesses as there are that are more than willing to accommodate every imaginable lifestyle, it is usually simply a matter of going down the street to find one that will give you want you want.

Truth be told, it is a pillar of socialism that religious faith is an obstacle to socialism’s success. In order to be successful, government must replace religious faith in the minds of the masses. What better means than such laws could be found to beat down religious faith so it can be replaced with fealty toward government as the answer to how one behaves? This, I believe, is the common thread that holds together the leftists and the LGBT community. What the latter does not realize is that when the time comes that socialism/leftism succeeds, they will be near the head of the line when it comes to who gets thrown under the bus. Their “cause” will no longer be convenient to the government.

What proponents of these alternative lifestyles do not understand is that Christians simply want to be left alone to believe as they choose and live their faith in all aspects of their lives, including businesses they own. Acceptance of Christianity must be a voluntary commitment…it does no good to be forced into it. So, there is really no threat from Christians. While we’d love to see these lifestyles rejected by all as sinful (which could bring at least some to salvation), since it cannot be forced, why trash Christians. The ones that truly should be feared are the ones who want to force everyone into the same mold and want all to bow down to government authority.

I truly never thought I would see the day when this became a problem in West Virginia, but here it is. The remaining question is whether or not our state motto – Mountaineers are always free – will be maintained or be turned into a joke when lawmakers cave to the demands of the left. That question will likely be answered in the next 50 days or so. Prayer is needed…God’s will be done.