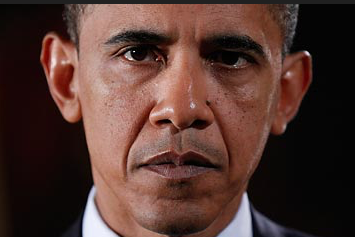 Back in 2008, Barack Obama promised to fundamentally change America.  After 8 years in the White House, that may be one of the very few promises he kept.

For most of us, the changes we’ve experienced are anything but positive.

Blatant partisan politics is now the rule – even when it means taking the side of a terrorist in order to criticize a president trying to keep Americans safe.

These days it’s perfectly acceptable as a man who “feels” female to compete in female sports competitions and deprive real women who have worked their entire lives of the victory. The government not only refuses to stop this kind of abuse, they encourage it.

Two members of Congress, Omar Ilhan (D-MN,) and Rashida Tlaib (D-MI,) are both Muslims and radicals in “the squad” who regularly engage in anti-semitic rants, yet their fellow Democrats say nothing.

Tlaib called the president a Mother-Fuxxxx on the day she was sworn in, and promised to do everything in her power to see him impeached.

Ilhan Omar got a case of giggles when another Member of Congress spoke about wounded and dead American service people. Omar further suggested in a public appearance that Iran consider terrorist operations against Trump hotels.

Adam Schiff, the Chairman of the House Intelligence Committee, has accused President Trump of treason. He’s doubled down on his allegations insisting since almost day 1 of Trump’s presidency that absolute proof exists of Russian collusion and various other criminal acts by the President. Yet he’s failed to share any shred of evidence for his allegations. No criminal charges are included in the articles of impeachment he drafted and submitted to the House.

Back before Obama’s presidency, I can’t help but think people like Schiff, Omar, and Tlaib would have been roundly criticized by their colleagues as embarrassments to the American people and the heritage of their country. Even those in their own party would have condemned the things they say and do. No more. Today, these people are celebrated by their party’s leaders and the media as “rising stars.”

They’re hardly alone. Speaker Pelosi originally said rightly that unless impeachment was bi-partisan it would be divisive and counter-productive. Two months later, without a single Republican vote or a single criminal charge, she insisted impeachment was her “Constitutional duty.”

Then after pushing through sham hearings in record time due to the “urgency” required to impeach Donald Trump, Pelosi refused to submit the articles of impeachment to the Senate for more than a month. Knowing the House couldn’t produce any evidence to support impeachment, and that the Senate therefore would make short work of hearings, she decided holding the articles would allow her to milk the media for as much anti-Trump coverage as possible.

Before Obama, it would have been unthinkable this could have happened in America.

The change that’s infected our politics isn’t confined to Washington. The Governor and Legislature in New Jersey declared they are now a sanctuary state where illegal immigrants who commit violent crimes will be protected from federal law enforcement. New Jersey taxpayers will also be forced to pick up the tab to provide social services, free tuition, and health care for illegal immigrants.

Virginia’s Governor, Ralph Northam, has signed legislation recently passed by his new Democrat legislature that seeks to confiscate the guns of law-abiding citizens. He’s also increased the prison budget so those who refuse can be incarcerated. In addition, he’s shutting down gun ranges and gun safety courses.If all that sounds dictatorial and anti-Constitutional, it is.

Many states are releasing convicted criminals in record numbers because, they say, they were non-violent victims of the criminal justice system. No surprise, crime is on the rise in those states – including horrific crimes of violence.

Some state politicians think it’s a good idea to decriminalize the theft of anything valued at less than $900. Then they seem baffled when thieves take advantage by stepping up their crimes against individuals and retail outlets. What in the actual hell were they thinking would happen?

One of the most confounding events recently is Democrats taking the side of Iran and the general who planned and coordinated their terrorist activities over the President’s actions to eliminate the world’s number one terrorist.

Examples of America’s foundational erosion go on and on. You couldn’t make this stuff up. Sadly, down has become up, and up has most certainly become down. Foundational change is the one promise Barack Obama kept.  As legacies go, you would have thought he’d hope for something more.

West Virginia, Regarding Education Your Voice Can (and Should) Be Heard!