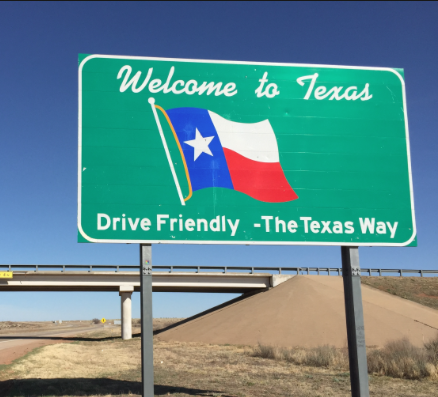 Nearly a year has passed since those governors elected in 2018 moved into their new jobs.  Their voters seem to be experiencing a fair amount of buyer’s remorse. Many are even beating feet out of their home states and moving to places with Republican governors.

Illinois lost a net of 313 people per day over the past year or so. That’s the equivalent of 2 mid-sized passenger jets leaving O’Hare every day and returning empty.

The reasons people are leaving states like Illinois can be laid almost entirely at the doorsteps of the governors’ mansions. The new governor of Illinois, J.B. Pritzker increased 20 different taxes, 9 of which haven’t even taken effect yet. The 11 that did though were enough to scare thousands of taxpayers right out of the state.

The Chicago Tribune called one of Pritzker’s tax hikes a “money grab.” Prior to Pritzker’s tax frenzy, if you bought a car in Illinois and used your trade-in as part of the down payment, you were only taxed on the difference. A car you bought for $35,000 with a trade-in worth $10,000 would generate a bill for sales tax on only the $25,000 you financed or paid cash toward. The theory being that you’d already paid sales tax on your trade-in when you originally bought it. No more. Under the Pritzker “money grab,” you’ll now pay sales taxes not only on the car you buy, but on the car you trade in even if you paid those taxes when you bought it.

Sound like double taxation? You can bet your entire Chicago Cubs collection of baseball cards.

The Illinois sales tax now exceeds 10%. Income taxes are up as well. So are gas taxes. In fact, just about everything Democrats could tax, they have taxed, and those things that were already taxed, they increased.

Pritzker and the Illinois Democrats should have known better — they had plenty of examples of failed governors who have done the exact same thing.

Dan Malloy, the former governor of Connecticut, and maybe the least respected governor in that state’s history, did the same thing during his tenure. Malloy was a typical progressive who never met a tax he didn’t fall in love with … higher income and sales taxes, take money from school districts, huge tax hikes on gasoline.

As a result, thousands of Connecticut companies and residents escaped to lower tax states. (Yours truly will be one of those escapees very soon.) Malloy justified his punishing tax increases on all kinds of “needed” expenses like a fancy bus line that almost no one uses. But the truth is he happily granted teacher and public employee unions every wish they could contrive, and now even with all those tax increases, Connecticut faces a huge shortfall in its public pension and benefits system.  Malloy’s legacy is state financial crises that will last decades.

Another new progressive governor, Phil Murphy of New Jersey, has burdened the people of his state with $1.58 billion in new or higher taxes. He’s going to need the money since his first act as Governor was to declare New Jersey a sanctuary state. New Jersey now has the distinction of being the number one state in the union that people are leaving, followed by Illinois and then Connecticut.

All three of these states suffer from progressive governors and Democratic majorities in both houses of their state legislatures. And in every case, mass migration movements are forming in protest.

Taxpayers in New York are in the same sinking boat, but those in New York City are doubly burdened.  Their mayor isn’t just a socialist big government tax raiser; he’s also an anti-Semite, police hating thug who spends his time trying to figure out how to close charter schools, oppress his citizens, and fight Donald Trump.

I don’t know what the residents of these states were thinking when they elected these incompetents and socialists to office, but I hope they’ve learned their lessons since. If not, they’ll eventually elect the same disastrous politicians in the new states where they’ve moved, and it won’t be long before we all run out of places to which we can escape.

What If Virginia Planned A Rally And Nobody Came?