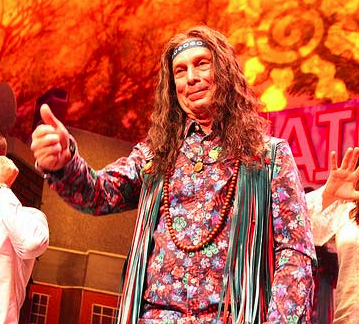 More employers hired more employees in November than at any time in the last 50 years according to a new report put out last week by the Labor Department. Those in the workforce are at all time highs and more minorities and women have jobs than ever.

And yet, all the Democrats do is complain about billionaires. They aren’t nearly so interested in making the poor rich as they are in making the rich less so.

It’s interesting then that the Democrat primary includes not 1, but 2 billionaire candidates. Tom Steyer, for whom Trump-hate is a personal hobby played out on a grand scale.  He’s spent more than 100 million on a national campaign to impeach Trump.   And 2nd Michael Bloomberg, ranked by Forbes Magazine the world’s 9th richest man.

Michael Bloomberg founded Bloomberg Media Group and served for 3 terms as Mayor of New York City.  But unlike his fellow billionaire candidate, Bloomberg has won political office before.  And unlike the other municipal candidate running for president – Pete Buttigeig who was elected in South Bend with fewer than 11,000 votes – Mayor Mike has received millions of votes — more, in fact, than almost any other Democrat running for president.

Not surprisingly, Liz, Bernie, Joe, and Mike all want you to believe the only thing that motivates Bloomberg and Steyer are their own greedy self interest.  According to the left, these two are running solely to stop Democrat tax hikes on the wealthy.

Probably not. Both Steyer and Bloomberg are far left liberals who support higher taxes on the wealthy.

What really motivates them is their mutual hate for all things Trump.  They attack everything he does — foreign or domestic. Historically high numbers of jobs for blacks, women, and Hispanics? Highest workforce participation in thirty years?  So what?

While I’m not familiar enough with the diagnostics of psychiatry, there must be a name for those who enjoy the company of people who hate them.

But these guys aren’t just fan-boy-bootlickers chasing the favor of Democrat elites. They’re at least that, but they’re more than that too.  They’re true believers in all things far left – not as it applies to them mind you, but when it comes to others.

Consider Bloomberg’s recent assault on free speech and fair journalism.  Despite building one of the most successful media conglomerates on the planet, Bloomberg prohibited his reporters from even looking into his fellow Democrat candidates. No criticism of Democrat candidates. No mention of their flaws or foibles. No reporting at all that might be construed as critical.  Instead Bloomberg Media is to focus their negative reporting solely on Donald Trump.

So if one of Bloomberg’s reporters overhears Elizabeth Warren boasting about her Cherokee bonafides; or lie about sending her children to public school; or claim she was fired for being pregnant (she says yes, but the records say never,) they have to sit on the story. According to Bloomberg, the public has no right to know, and his journalists have no duty to report.

If, on the other hand, Donald Trump trips over a puppy, expect the lead for the next two weeks to be “Trump Hates Child’s Best Friend,” “Trump Assaults the Vulnerable,” “Trump Attacks Dog Lovers Everywhere.”

This is blatant manipulation of the press and is right out of Chairman Mao’s little red book.

From his efforts to ban everything from guns to salt, Bloomberg shows he knows what’s best you, and has no problem using government to force you to go along.

When he was mayor of NYC, he banned soft drinks over 16 ounces.  Now, I’m sure soda isn’t a health drink, but what business is it of government to make the decision for me?  Why not just charge “heavy” soda drinkers more for their health and life insurance like we do smokers?  Why make what we eat and drink a law enforcement issue?

If Bloomberg’s hate for soda drives him to excess, his efforts to ban guns proves he’s a true despot. The former mayor has spent well over 100 million dollars of his personal fortune campaigning to take guns from law abiding citizens.  He doesn’t care who you are, what your background, whether you have a record; if you own a gun he wants to take it.

And like Biden, Harris, Warren, and Buttigieg before him; Bloomberg is fully prepared to apologize for the policies he supported that actually did work to reduce crime.  Stop and Frisk, the practice of allowing police to search gang members and other suspicious looking individuals for illegal weapons was instituted under Mayor Giuliani and continued under Bloomberg.

Stop and Frisk probably saved hundreds of lives. But now Bloomberg needs the votes of the far left, so every campaign stop features an apology for Stop and Frisk.

Michael Bloomberg won’t win the Democrat nomination. He’s a billionaire former Republican who despite his very liberal ways is too moderate for the modern socialist Democrat Party.  To them, he’s anathema for clinging to any aspect at all of capitalist markets. Nevertheless, his authoritarian-I-know-what’s-best-for-everyone-else attitude toward more regulation and bigger government clearly mark him as a leftist Democrat.

I’m hopeful that Americans will reject that kind of Democrat authoritarianism and decide they know best when it comes to themselves and their families.  If so, they’ll show Michael Bloomberg and his fellow Democrat candidates what’s best is that none of them become president of the United States.

Stuart Kaufman: The Cowardice of Anonymity