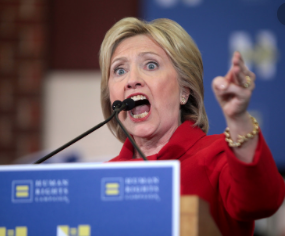 As we come to the close of 2019, I am pondering our world had Hillary Clinton become President, and what that alternate universe might look like.

It’s Election Day, November 8, 2016, and the polls are closed. None of us expect Donald Trump to win, yet we are glued to our television, and wondering just how badly Hillary is going to beat Trump. As the evening ends, there are no surprises. Hillary resoundingly thumps Trump, and we begin our journey into the alternate universe asking the following: “What does the United States of America look like?”

In her first week in office, President H. R. Clinton rejects approving the Dakota Pipeline. Along with that, she also dismisses the opening of ANWR in Alaska. Just to remind you, ANWR is the Arctic National Wildlife Refuge, and is comprised of about 30,000 square miles, and less than 1% was going to be used for oil exploration.

In our real world, however, the U.S. has become a major exporter of coal, and overall, the U.S. is now a net exporter of oil, gas, and coal. Yes, coal can be messy, but the world is dependent upon its source as a primary use of energy.

During her campaign, Hillary was very vague on specific policy, other than her mantra, “Stronger Together.” There is no reason to think that in our surrogate world President Clinton would have favored any kind of tax reform; if anything we would see proposals for higher taxes. But we’ll give her the benefit-of-the-doubt and assume that in this universe, tax law remains as it was under Obama. And with no changes to tax policy we see that the unemployment rate hugs at about 6%.

There is no record busting news regarding lower unemployment among any other groups in America, and GDP continues to be anemic. Yet, in the Trump world, tax reform was passed. As a result, we see the stock market gaining records highs…filling the retirement buckets of many Americans. Unemployment is now at a 50+ year low, with Black and Hispanic unemployment at historic lows. The number of people on Food Stamps has declined by about 3.5 million people, and real wages have increased about 3.5%. Oh, and GDP is no longer anemic.

We all know about the problems at the VA. Our veterans were, figuratively and literally, dying to get an appointment. Every President, including Bill Clinton, Bush, and Obama, knew of the issue, made some half-hearted attempts, but eventually, nothing changed. On the campaign trail, Hillary made no mention of this as an issue. In our other world, our vets are still out-in-cold, anxiously trying to get a confirmed appointment with a VA Physician.

Yet, in the real world, Trump takes on the VA, and by Executive Order, our vets, who previously found it difficult to see a VA doctor, can now go outside the system, and have the option of going to any doctor. In my world, this gets filed under, “Money talks and Bulls&*# walks.

Many Democrats favored the Iran Nuclear Deal, as did our European allies. The supposed safeguards or snap-back provisions were just that; supposed. Our European allies were chomping-at-the-bit to engage in trade with Iran; why wouldn’t they? President H.R. Clinton has done nothing, she still supports the deal, and Iran inches its way closer to being a full nuclear threat, not only to the world, but to Israel and the Middle East.

However, in Trump’s (real) world he walks away from the Iran deal, imposed crippling sanctions on Iran, and their economy is in shambles. Which world do you think is safer?

Every President has stated that our Embassy should be located in Jerusalem. Hillary has said the same thing, but like every other President does nothing. The Obama years were not friendly to Israel, and since Hillary was Obama’s Secretary of State, there is no compelling reason to think, that in this proxy world, our position toward Israel would dramatically change.

However, Trump has changed all of that, having moved our Embassy to Jerusalem, and putting the world on notice that the United States of America stands with Israel. In fact, Trump recently fortified that position with his recent announcement regarding West Bank settlements.

We all know that the U.S. has been the patsy on trade. Trump has made this crystal clear. His over-the-top rhetoric caused a lot of heartburn for many Americans. The nausea became worse when he started to threaten and impose tariffs. But in our alternate universe, Hillary is very Presidential, making oblique references to trade but does nothing.

Under Obama, we essentially had open border and sanctuary cities. Other than for one’s own political dogma, can anyone defend these actions? Does anyone truly think that under a President H.R. Clinton things would be different? I don’t.

Yet, in the real world, Trump is not playing around, and nor should he be. America, without question has been suffering immigration crises. It’s too bad the uninformed remain ignorant to this fact. Yet, without the help of Congress, since May of last year, illegal border crossing have gone down by almost 70%.

How Much Regulation Is Too Much?

The Push For Complete Transgender Conformity