It’s not easy (nor should one aim to) forget a catastrophe as huge as the fire that broke out in 2018 in California’s Paradise, claiming the lives of 85 people and wreaking havoc throughout the region. It was just eight hours that this fire took to reduce an entire municipality to ash. This was, indeed, the worst wildfire that the state had ever witnessed or gone through.

Since then, more than a dozen fires have erupted again in the state. People and politicians (elitists) who build their homes in the canyons came out with statements that conveyed that the reason for such grave events as climate change.

But, there’s much more to these fires that break out in the state; it’s much more than just an effect of climate change as those elites fly their private jets, drive SUV’s and limousines leave a gigantic carbon footprint. Perhaps, the debate over the fires, with claims rising to attribute it to climate change, is a cunning ploy of the power-hungry politicians to mark their administrative flaws in the state.  The huge landscapes they call home stricken by fires, drought, and rain-soaked hillsides, and California’s Democratic primary voters put fighting climate change at the top of their list of issues for the next president to tackle.

Dr. Jon Keeley, a scientist who works with the US Geological Survey (and has researched vividly on the topic of wildfires and climate change) refuses to acknowledge the California fires as a consequence of climate change. Having studied the history of the climate and fires 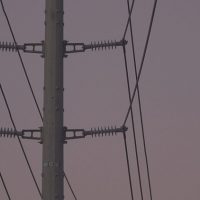 throughout the state of California, he says that he does not observe “any relationship between past climates and the amount of area burned in any given year”.

While the Pacific Gas & Electric Co. (PG&E) is facing most of the ire in the context of the fire, it’s not to be forgotten that there are others who’ve contributed to this situation as well- Edison International and Los Angeles Department of Water and Power are some other utilities who have also played a crucial role in the breakout of fires (with the former’s shares falling by close to 5% after it states that the Southern California Edison arm may have fueled the Woolsey Fire of 2018).

The Los Angeles Department of Water and Power, at the same time as Edison International’s revelation, admitted that the Getty Fire was a result of one of its power lines being tampered by a broken limb of a tree.

All of these instances indicate that it’s high time the faulty infrastructure in the state is altered and renewed. But, the leaders in these regions tend to appreciate the idea of bringing in the ‘climate change’ debate into this issue rather than acting on what they ought to address and solve. The only step that they’ve taken is to shut off power for millions residing in the state in what is a precautionary measure. But, this is not going to permanently put a hold to the problematic situation that keeps resurfacing in the state.

“California, Aging infrastructure more than 100 years old has outlived its life expectancy and those politicians that have California in a state of turmoil, as fires burn in its northern and southern regions, prompting mass evacuations and massive power outages in the hundreds of thousands. Something called “inverse condemnation”—a legal provision under California state law that holds if a power company’s equipment starts a fire, it is responsible for paying property damages, even if they are not found to have been negligent. CA is finally clearing brush, spending more on firefighters, to hasten insurance claims. Finally tied the pay of utility executives to their companies’ safety records.”

Cutting the power during the dry and windy periods is a dim-witted solution (or a rather vague ‘half-measure’). Even if the people were to evacuate the region (which is yet another impossibility), the fires would continue and these would blow right towards the Pacific Ocean.

The administration needs to turn its attention to those aspects that form the true kernel of the problem. Mismanagement of forests has clearly been contributing a lot to the situation. Further, when the cities encroach further into the wilderness, the risk of getting caught in the deadly fires grows.

A possible solution to counter the power shut-off is slowly burgeoning in Northern California’s they’ve developed a solar-powered micro-grid (backup generators and Tesla battery power support this system). Why not follow this example? Power lines throughout the state should be buried; people can be prohibited from constructing buildings and houses in high-risk areas. But such infrastructural developments and updates require funds; these cost money. This keeps politicians from acting on the problem of wildfires in the Golden State. They choose, instead, to play a petty blame-game, drawing in discussions on climate.

The REAL Obstruction of Justice