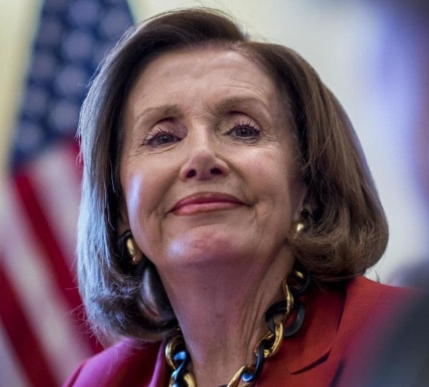 When I consider the ridiculous behavior of Speaker Pelosi, the various “expert” witnesses at the recent impeachment hearings and the aggressive actions of creepy sniffer Joe Biden, I realize they cannot help themselves.  After all, they are merely members of the Church of the Almighty Me.

Perhaps the promo for their self-realized religion could read like the following: Welcome to the church of the all mighty me.  We exist within our own congregation and everything we say is brilliant. Where every day brings about a new rationalization for our inarticulate and bad behavior.

The Democrat Party and the left have become a group of mad women and mad men. Make no mistake about it: They are truly insane and vastly hypocritical.  Universities and colleges have been infiltrated by far leftist Marxists that hate America.

Regarding the December 4th testimony of Stanford Professor Pamela Karlan, I’m reminded that we should never confuse intelligence with education.  Her testimony demonstrates that even the insipidly stupid and the blatantly cruel can become college professors.  She definitely belongs in that atonal choir of the Church of the Almighty Me.

Like all of the witnesses, so far, that have been called by madman Adam Schiff, Professor Karlan offered no substantive evidence towards enacting the Articles of Impeachment.  Her testimony was nothing but a biased opinion based on other people’s biased opinions and her petty comments about President Trump’s youngest son demonstrated a odd and bizarre behavior for a Professor of Law.  Hard to believe that Barack Obama considered Karlan for an appointment to the Supreme Court. Thank God that didn’t happen.  The Constitution is a weapon in Professor Karlan’s hands.  A weapon, as opposed to a document that governs the three branches of government.

Karlan demonstrated a despicable dark side when she denigrated Barron Trump, who is a minor child who should not be brought into this distorted discourse.  In the course of her testimony, Professor Karlan quipped out what she obviously thought was a clever statement:

“Contrary to what President Trump has said Article 2 does not give him the power to do anything he wants. The Constitution states that there can be no titles of nobility, so while he can name his son Barron, he can’t make him one.”

Why was it necessary to bring a child into this conversation?  It was insensitive, cruel and absolutely inappropriate.  Not to mention not even remotely substantive evidence.

Professor Karlan states that she is “counted” among the LGBT community.  Really?  My sympathies to that community.  None of the gay friends I have ever had in my life would ever be so obviously and publicly cruel.  Any individual that had any element of tangible humanity in their soul would avoid such statements and behavior.

There was an immediate public backlash against Professor Karlan’s statement about Barron Trump.  That backlash included a well-stated and articulate response from First Lady, Melania Trump:

“A minor child deserves privacy and should be kept out of politics.  Pamela Karlan, you should be ashamed of your very angry and obviously biased public pandering, and using a child to do it.”

Professor Karlan later halfway apologized for her obviously rehearsed statement.  Leftist bullies never learn how to accept responsibility for their behavior.  They remain forever loyal to the church of almighty me and never consider that they should be held accountable for anything they do or say.  They never understand that intelligence must also be framed by common sense and human decency.

This past week was packed with crazy antics by Democrats including Speaker Pelosi. Her public meltdown on December 5th makes me understand, yet again, that the train of sanity left her station quite some time ago. Her behavior should scare everyone. Remember folks, she is third in line after the Vice President for the Oval Office–not to be taken lightly.

On December 5th, in front of a group of reporters, Speaker Pelosi was triggered by a question from James Rosen, a reporter for the Sinclair Broadcast Group. Rosen formally worked for FOX.  (Ironically this reporter was also illegally spied on by President Obama.)  Rosen asked the Speaker, “Do you hate the President, Madam Speaker?”  Well the word “hate” must have been a trigger word for Nervous Nancy.  She became unhinged and moved to the edge of the podium, shook her finger and screeches out the following: “I don’t hate anybody.”

She went on to call Trump a “coward” on gun policy, “cruel” on immigration policy and “in denial” about climate change while flashing her orange bullet bracelet.  (What’s up with that?)

Well, let us address a few of those points.  What Schiff and Pelosi are enacting is a form of constitutional malpractice and not a constitutional process.  No evidence of any High Crime has been articulated by these deeply disturbed and deranged individuals.

Additionally, Nancy Pelosi operates as a convenient Catholic.  She evokes God for a sound bite.  On a general basis, she acts like the Mafia princess she used to be.

Former Vice President, Joe Biden had his own meltdown on December 5th.  Addressing Biden, a voter at a New Hampton, Iowa town hall stated in part the following about the Ukraine controversy:

“But you, on the other hand, sent your son over there to get a job working for a gas company that he had no experience with gas or nothing in order to get access for the President.”

Sleazy Joe behaved like the pathetic bully that we all know far too well.  Joe, among other choice responses, called the voter “fat” and “too old” to vote for him.  He actually got in the guys space and face.  One day someone is going to address Joe Biden with more than a metaphor when he demonstrates his thuggish behavior.

Yeah, the uninformed may be reading this and may be mouthing the words, “But what about Trump?”  No doubt, President Trump is not politically correct.  But political correctness, avarice and greed have sold off America in pieces.  President Trump is merely getting us back what we deserve, both in dollars and in respect (maybe not from leftists, but throughout America and the world).

Karlan, Pelosi and Biden are merely examples of liberalism without consequences.  Living without consequences has slowly diminished America. The left thinks they are entitled to our respect without earning it.  They think they are highly superior and look down their noses at fly over America. There is a tendency for the left to live in a narcissistic bubble.  Their behavior continually reflects that narcissism because the deep state clown media never challenges their hatful words or actions.

They have no morals, no real active intelligence or integrity.  They behave like royalty.  Well, this is not England.  I have no use for the pompous or dysfunctional elite.  Stupidity molded into power is a dangerous proposition.  Time to call the political criminals in America to the home they belong in, Gitmo.

Daniel Greenfield: The Girl Who Wasted Millions and Dropped Out Before a Primary Was Me

The REAL Obstruction of Justice