America is a country full of smart people with really great ideas.  And when smart people make money from their great ideas, they often invest in the great ideas of other people.  The benefits are felt worldwide. 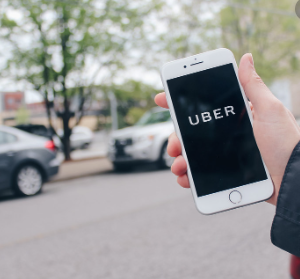 Take Uber. It’s an idea that reduced transportation costs for millions while giving hundreds of thousands the chance to own a decent car and make a few extra bucks.

In most cities, Uber gives you a choice. You can select anything from a luxury SUV to a compact car you share with others. You pay appropriately. Uber provides customers better service at less cost in cleaner cars. That’s how competition works. That’s part of capitalism’s genius.

But as disruptive ideas have from the beginning of time, Uber caused a lot of angst among those with a vested interest in the status quo. Taxi drivers were the first to scream bloody murder when Uber descended upon cities like New York, New Orleans, San Francisco and Dallas.

Taxi drivers find no comfort in Uber’s competitiveness. Faced with the need to change their ways or make less money, taxi drivers did the same thing special interests always do when threatened with competition: They turned to intimidation and force. In other words, they asked government to get involved.

And in many cities and states, liberal politicians complied; happy to do so given taxi companies found it easier to make large contributions than modify their business.  Mayors, city council members, legislators, and governors have declared war on Uber, ladling on regulations and prohibitions in an effort to raise Uber’s costs and make their existence difficult.

One interesting thing I’ve seen personally as the Uber battles raged on is that taxi drivers have cleaned up their act, literally. Their cabs are cleaner and they actually shower before their shift. Their clothes are laundered, they’re faster to help with luggage, and many have installed GPS so they’re less inclined to gouge customers by taking the long way around.

Still, UBER continues to be cheaper than taxis, at least partly because in many cities local politicians have allowed cab companies to add a surcharge of up to $3.00 per ride to help pay fuel costs. Odd given the decline in fuel costs, except where politicians have artificially driven up costs by charging new or higher taxes on gas.

Still those surcharges help increase the price of a taxi ride so to compensate politicians are now imposingnew taxes and fees on ride-sharing companies like Uber.

In Boston, under the guise of protecting the environment, the Mayor wants to collect .20 cents on every Uber type ride-share –plus a new 6.25% sales tax on every fare collected. He says the proceeds will be split between taxi companies and local government.  WHAT?  I’d love to know how much the cab companies contributed to this guy’s campaign war chest.

In New York City, a virtual subsidiary of cab companies, city officials mandate that Uber pays drivers as employees rather than contractors. That way Uber is forced to pay the minimum wage, provide benefits, and withhold taxes. So much for the right of drivers and Uber to negotiate a deal they’re both willing to operate under.

In Los Angeles, politicians are thinking aboutan outright tax on Uber’s riders. They say higher taxes on Uber-users will reduce traffic and pollution. Maybe. Or maybe it’s just another way politicians can pick the pockets of residents and tourists. And, of course, politicians also enjoy the added bonus of rewarding their corrupt cab company supporters.

It’s nothing new really. Despots and monarchs have been picking winners and losers for millennia.  In the 20th century it was called fascism. What’s new is that, until recently, Americans would not have accepted it. I remember the days when Americans cheered for the best. The best idea, the best widget, the best company.  No more.

These days we expect government to stack the deck in favor of one group over another, and not just in the sphere of economics and business, but in politics as well. It’s poor against rich, elderly against young, men against women, black against Asian against white, urban against suburban, everybody against everybody else.

But at least when it comes to commerce, we not only expect government’s interference, we accept it.

When government stays out of our business, consumers win. We win with lower costs, more innovation, greater productivity, better opportunities. Conversely, when government get in the middle and unfairly regulates companies, we experience higher taxes, increased prices, less innovation, and poorer quality.

Whether healthcare, education, economics, or Uber — government regulation limits choice, reduces freedom, and adds costs. It removes the freedom both sides have to find a deal that serves their mutual benefit –  buyers and sellers, companies and contractors, and employers and employees.  Over-regulation always fouls things up.  The long, sad history of human beings exercising legal force over their neighbors shows it always will.

Democrats Ponder Next Steps on Impeachment

The Alternate Universe: What If Hillary Had Won?