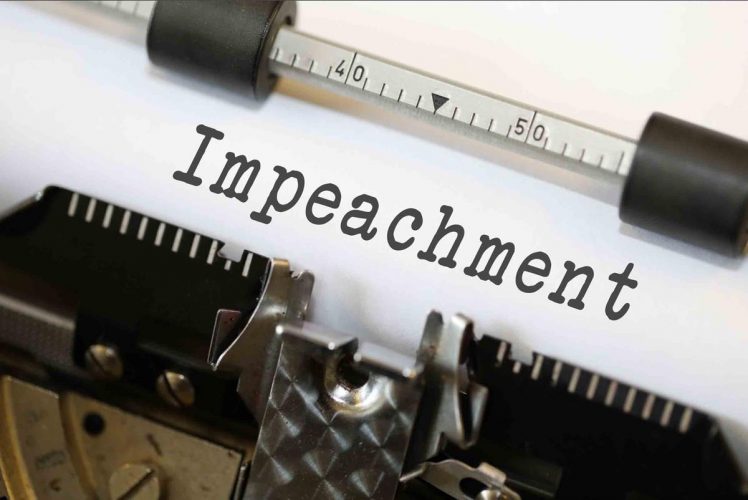 The impeachment hearings are over, at least for now. So what effect did they have? Did the left succeed in implicating Trump? Or in changing public opinion of him? The answer to both is a resounding “NO!”.

Every witness Schiff paraded before the committee denied first hand knowledge of ANY wrongdoing by Trump. It was incredible to watch. It also exposed the arrogance and entrenchment of the intelligence community for all to see. Did you know that Trump refused to follow the bullet points Sondland provided for the phone call with Zelensky? Who does that Trump think he is?? Impeach!

On public opinion, the poll numbers on impeachment are cratering. FiveThirtyRight indicates a drop from 47 to 41 while the hearings were going on. The #’s are also dropping among independents, blacks and Hispanics. According to Emerson, since October black support for impeachment dropped from 58 to 38. Among Hispanics it dropped from 73 to 48. The only place where impeachment appears to be favored is on the radical left (and Chris Wallace’ head). And you know it’s bad when Brenda Lawrence, a Democrat in Michigan who won re-election in 2018 with 80% of the vote, goes from this (in June):

“Our democracy is bigger than Donald Trump, and we need to act”

“You can censure, you don’t have to remove the president. Sitting here, knowing how divided this country is, I don’t see the value of kicking him out of office, but I do see the value of putting down a marker saying his behavior is not acceptable.”

If she is saying this, what must vulnerable Democrats in red states be thinking?

So what is Pelosi to do? Basically she has 3 options:

1 – Slow down the process into next year. That will give them a chance to wait on another fake Calvary of information to arrive and then reopen the hearings. A federal judge recently ruled that Don McGhan must answer his subpoena and testify. That would be regressing back to the Mueller report. But as we have seen by now, they switch the narrative at the drop of a hat. There’s also the possibility of forcing Bolton or Mulvaney to testify. They could also just make something up out of thin air to add to the impeachment list – or something Trump has yet to do! What’s to keep them from saying they have “uncovered greatly disturbing actions by Trump” that must be investigated. If I were a betting man I think this is the strategy they take. It could go on indefinitely. David Ferris agrees:

The better path for the party would be to continue holding impeachment hearings indefinitely, while they await court rulings about the testimony of Mulvaney, Bolton, and others. Hold an impeachment hearing a week from now until next October, and pass a dozen or more articles of impeachment just before the election so McConnell never has a chance to run interference for the president.

The only draw back to this is that if it goes to the Senate for a trial then the Senators who are running for the presidential nomination would be required to attend. That would keep Bernie, Fauxohontas and Harris off the trail. I hear Biden and Gabbard would LOVE a trial.

2 – They could drop the whole shebang and vote on censoring Trump instead (as suggested by Brenda Lewis). Rush articulated this as a possibility on his show. It makes sense. Pelosi announces that Trump is guilty as hell on all charges. But if they vote to impeach then it goes to the Senate where he will be acquitted because those evil Republicans led by Mitch McConnell control the chamber. And acquittal would be the worse possible outcome she could say. The question would be whether or not the radical and delusional democratic base would go along with it. Would a scarlet “I” be enough for them. But with the sycophantic media echoing and supporting her it might work. It has in the past. How many times have Democrats explained their failure to pass legislation on the Republicans (even when they were in control!).

3 – Vote to impeach and send it to the Senate. You would think that after all the time spent in the hearings this would be a no brainer. But their attempt to paint Trump as a criminal failed spectacularly. Jordan, Nunes, and Stefanik completely destroyed Schiff’s clown show. My guess is that this is still a viable option simply because the left’s anger and hatred for Trump is so great that they aren’t thinking clearly (the understatement of the year). It may compel them to move forward.

Now, there are a few Trump supporters (including Mark Levin) articulating that if the House impeaches, McConnell should dismiss it. He says it is a sham and would undermine the justice system. I understand this line of thought but respectfully disagree. The justice system has already been undermined since Day 1 of the Trump presidency. Actually since about 10 pm the night he was elected.

If the House impeaches there MUST be a trial. The truth needs to be exposed for everyone to see and the only place left for that to happen is the Senate. Trump would be able to mount a defense and in doing so would prove his own innocence and expose the Biden’s corruption (among many other things depending on what the Democrats list in the articles of impeachment). If the charges are dismissed without a trial it would give the left a great PR victory. They and their media comrades would forever report that Trump had something to hide and charge him as guilty. Levin is also concerned about spineless Republicans like Collins, Murkowski and Romney. I’ll share that concern but if the polling #’s continue to go against impeachment they will fall in line.

So the bottom line is that every option above is lose-lose for the Democrats. They have backed themselves into a corner with their lies and fabrications about Trump. All because they will not and cannot accept that they lost in 2016. It is becoming their undoing. But they deserve it.

Update: Apparently they got to Brenda Lawrence because she has recanted what she said. So does this mean the Democrats are committed to impeachment come hell or high water? There is still another possibility that it goes awry in Nadler’s committee and he becomes the fall guy.

How Much Regulation Is Too Much?