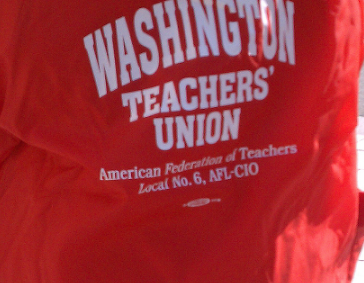 Americans spend around $16,300 on each public school kid’s education–that’s $6,000 more than the average spent by other 1st world countries. So why do we rank among the most poorly educated when it comes to math, reading, and science? According to the Organization for Economic Cooperation and Development, kids in Singapore, China, Estonia, and 34 other countries rank higher than the U.S.

The American Federation of Teachers and the National Education Association are the most powerful teacher unions in the world — far more powerful than the education lobbies in other countries.

Teachers have pretty much abandoned history. English gets short shrift.  If economics is discussed at all, it’s to convince students socialism is better, fairer, more equitable; and capitalism is mean, unjust, and oppressive.

Of course if teachers taught history, their students would know better.  Even a short look at everywhere socialism has been tried in the past – or where it’s in effect today – would reveal the intense misery it causes.  How in the world can people not see socialism’s carnage when they see places like Venezuela, Cuba, North Korea, or Nicaragua?

But when it comes to history and economics teachers don’t tell the truth.  Rather than America’s founding on the principles of personal dignity, human equality, and individual freedom; students are told America was founded on racism, xenophobia, and misogyny.  They’re told we’re still deeply racist and all our institutions, laws, and individual attitudes are poisoned by it – even when we’re not aware of it.  Maybe especially when we’re not aware of it.

The unions are heavily involved in deciding the curricula students are taught and the textbooks students read.

It’s not just history, civics, and economics that are being thrown out of school windows these days. It’s self-discipline, personal responsibility, and individual reason.

It’s not enough that you behave as you’re told, you must also embrace the new morality body and soul.

If you’re white, but don’t confess you’re guilt as the beneficiary of innate privilege and power, then clearly you’re a through-and-through racist.  Likewise, if you think immigration should be at all limited, again, you’re a racist.

It’s no longer acceptable to distinguish between male and female; if you’re tempted to do so, clearly you’re anti-LGTBQ.  It’s not enough you accept transgenders in your restroom, you have to welcome them as spokespersons in the classroom to tell everyone how wonderful sexual experimentation is.  And I’m talking here about 8 year olds in 3rd grade!

The teacher unions believe they know best what your child should and should not learn. And to make sure your kids aren’t contaminated by facts, they demand a monopoly over education.

They not only oppose charter schools and parental choice; they strike over banning them, they spend tens of millions to support candidates who oppose them, they qualify ballot measures to end them.

The money unions give candidates who toe the line is a major part of the reason Democrats for almost every office are leading the fight against charter schools.

Teacher unions hate charter schools for lots of reasons.  Teachers at charters can be fired if they don’t measure up, discipline is more likely to be enforced, and teachers are expected to partner with parents when it comes to education.

Another reason is the threat charters represent for the union education monopoly.  While the vast majority of charters are public schools, they’re exempt from union control.  And while charters typically spend less, they consistently outperform other public schools.

Charters threaten not only union control, but union political power as well. Teachers at charters don’t pay union dues, they aren’t forced to make contributions to the union’s favored candidates, and charter teachers can’t be forced to work against the best interests of their students.

But even more annoying to the unions, charters don’t teacher what union teachers teach.  Students can’t be indoctrinated when indoctrination isn’t enforced.

Over the last 30 or 40 years, atheists and liberals have fought tooth and nail to ban religion from public schools.  They’ve mostly been successful.  But now, in the face of a growing population of Muslims, we see public schools teaching the main principles of Islam.  Their goal isn’t to evangelize for Islam, but to convince students all religion is the same and therefore unnecessary.

Don’t believe it? Just ask a millennial about religion, civics, history, or politics. Generally, they don’t believe in God. They think socialism is better than capitalism. They prefer government control over individual rights.  They tend to claim people have to find the “truth that works for them” rather than recognizing an objective standard of truth that’s true for all.

There’s no way they actually live the way they claim to believe.  No one can. And chances are they didn’t learn those things from their parents.  They learned them in public schools.

So when you hear Democrats demand early childhood education, or 10 hour school days, or an end to education choice for families; you can be sure they are advancing proposals intended solely to extend their power over public education.

If the teacher unions win, they will maintain power over our schools and continue the leftist indoctrination of our children.  That’s reason enough to make sure they don’t; to fight the unions tooth and nail to end their control.

In the favorite words of the climate left, the stakes are existential. Either we fight to end union control over public education, or we accept the end of an America that’s become the best hope for the rest of the world.  Given the choice, the decision is pretty easy.