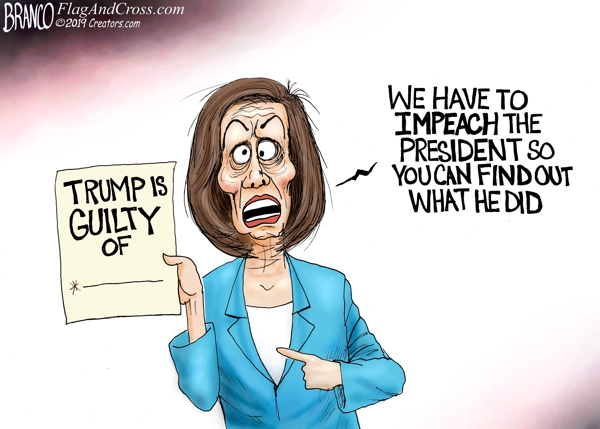 Before we get to the issue of the impeachment inquiry against President Donald Trump, it’s necessary to look back at 2013 when a certain whistleblower leaked confidential information and voiced strong opinions against the Obama Administration- unlike the ‘popular’ voice of the time that supported the Democrats’ policies and social security programs, this man expressed his strong disagreement with these, often admitting with regret that he was among the many who believed the promises that Obama made before being voted to power.

It was Edward Snowden who quite blatantly extended his dissent. But he was made the face of ‘evil’ power; an ungrateful CIA employee who chose to reveal what was meant to be within the veil of secrecy. In 2019, yet another whistleblower has made his appearance. However, this time the one to be ‘vilified’ is the President; vilified by Democrats who refuse to accept the popular mandate. Why is this so, because he isn’t Obama, or Biden, for that matter? President Trump, unlike the representatives of the elites in the political ladder, is the face of the American populace- unflinching and unbeatable in all political battles.

There’s no doubt that the Democrats are threatened by the overwhelming support that’s been rushing in for President Trump. What has unfurled now is indeed a “fraud against the American people” (in Trump’s words). The elite of politics started feeling vulnerable back in 2016 with Donald Trump’s arrival as the President- he unapologetically attacked these men and women of power for their vindictive malicious behaviors and chose not to play by their prescribed rules. The anti-establishmentarian sentiments that he, at times, displayed was a dagger that the Democrats felt piercing into their ‘polished and fine statures’. He has given a voice to the frustration of the working American that have long been forgotten, the people “the regular folks”. If this seems threatening to the Democrats, it only reflects the problematic attitudes that they hold.

Nancy Pelosi’s quoting of Paine and Franklin “The times have found us today. Not to place us ourselves in the same category of greatness as our founders—but to place us in the urgency of protecting and defending our Constitution.”  It was a desperate attempt to establish the constitutionality of the impeachment inquiry. The Democrats and other dissenting partisans are keen on bringing down the Trump administration through tactics that do not fit into the scope of political discourse. They wish to take the matter through a set of scanners that appear to be a construct rather than reality. The Democrats know that the probability of their triumph in 2020’s Presidential Election narrows down asymptotically to zero. To escape the unavoidable fate that awaits their political organization, they have now resorted to other methods. This can be seen as an outright denial of the anti-elitist revolt that Trump is spearheading. Watching a leader stand by the working class of the region, pushing their problems to the fore for discussion and debate, the Democrats feel their chances grow dimmer. The impeachment inquiry is the Democrat method of saying that they need globalism and elitism back in the land. If these were to return by overturning the popular choice of 2016, the social ladder would again be concretized, favoring the higher strata of politically powerful men and women.

It is hypocritical of someone like Pelosi to comply with the demand for impeachment- there are clear records that state her bond with Ukraine’s lobbyists. So is the case with Chuck Schumer whose contacts are based in Saudi Arabia and Mexico. Joe Biden, the target of Trump’s apparent ‘Ukrainian mission’, was involved in altering policy decisions in favor of China in exchange for investments in his family business. If these facts were to be laid out ahead of the people of America with just as big a fervor as is being done now in the case of Trump’s alleged conversation with his Ukrainian counterpart, the remnants of Democrat legacy would suffer a grave erasure.

Solely for personal reasons and benefits, the politicians who were a part of the former administration have been hawking the nation to foreign investors and bidders. Lobbyists had been playing key roles in the political trajectory of America owing to the decisions of the corrupt crew of the Democrat administrations. Disgusted and repulsed by the sight of corruption, Americans have revolted and took their most precious right and voted for change and Trump came to power. To remove him from his seat with the use of deplorable tactics, schemes and game plans, the opposition wishes to rip and shred the people of their right to choose and elect. The democratic structure of the U.S. is being challenged by this act.

The Impeachment Follies Will Fail