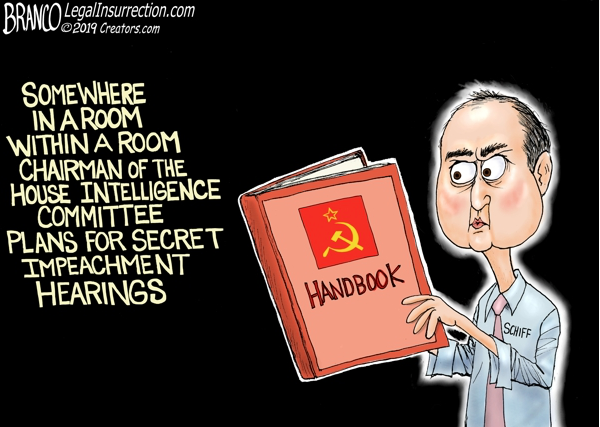 Admittedly, I am having a bit of difficulty finding a suitable introduction to this article, as it covers a lot of territory. The best place to start is to go back to a piece I wrote on October 4thof this year: “The Impeachment (Without an Actual Crime) of Donald Trump.

The entire impeachment issue centers on a six page rough transcript between Trump and President Zelensky of the Ukraine. Democrats are asserting a quid pro quo, in that Trump withheld foreign aid in exchange for political dirt.

The transcript is very clear, in fact, it is very ordinary. It covers a brief conversation between Trump and Zelensky, where ostensibly, they gushed over one another. When it came to the alleged quid pro quo, it’s non-existent, and the transcript proves this. Trump was concerned that our European allies were not doing their share, and when Trump expressed his concerns, Zelensky said, “Yes, you are absolutely right…not only 100 percent but 1000 percent.” And then Zelensky confirms what Trump previously stated by telling Trump that Merkel and Macron are not working as much as they should.

As to pressuring Zelensky to investigate Biden, that was a casual reference at the end of the phone call, totally detached, in subject, from the issue of foreign aid. In the end, Trump released the foreign aid, and therefore, there was no quid pro quo. But even if there was, don’t take my word for it.

In an article Alan Dershowitz wrote for Gatestone, Dershowitz states, “The effort to find (or create) impeachable offense against President Donald Trump has now moved from the subject of the Muller investigation—collusion with Russia and obstruction of justice—to alleged recent political “sins”: “quid pro quo” with Ukraine and obstruction of Congress.” Dershowitz goes on to state, “There is a debate among students of the constitution over the intended meaning of “high crimes and misdemeanors.”

Some believe that these words encompass non-criminal behavior. Others, I among them, interpret these words more literally, requiring at the least criminal-like behavior, if not the actual violation of a criminal statute.” Then, Dershowitz pops the question, “Did Trump commit impeachable offenses when he spoke on the phone to Zelensky and/or when he directed members of the Executive Branch to refuse to cooperate…The answers are plainly no and no. There is a constitutionally significant difference between a political sin, on the one hand, and a crime or impeachable offense on the other.”

For the past few months, we have been bombarded nightly with leaks from Adam Schiff’s secret impeachment inquiry. This is the same Adam Schiff who stated that he had evidence of Trump colluding with Russia, yet he failed to produce one iota of evidence. In Schiff we trust? Not so fast. Now, Schiff is pivoting to an ‘open hearing,’ which the unsuspecting will think is fair.

When I heard a snippet as to the rules of this open hearing, I laughed. I asked, “Would anyone really know, or would the media report what the rules are of the open hearing?” It’s a rhetorical question, as most people, conservatives included, would have no clue as to what the rules of the House “Impeachment Inquiry” resolution might be. The resolution, as passed, is a farce. Let me acquaint you with some of the rules contained within the resolution. If you are so predisposed, you can find a PDF version of the actual resolution online. Here are the highlights:

As I stated at the beginning of this article, I was stuck for an introduction. And now, I would like to come up with some clever conclusion, but being clever escapes me. I am truly saddened with the dishonesty of the House resolution. For those who want to believe that this ‘open hearing’ will be above board, and the findings accurate, P.T. Barnum was right, “A sucker is born every minute.” And the charade continues.  As Congressman Mark  Meadows said, “A real Schiff Show.”