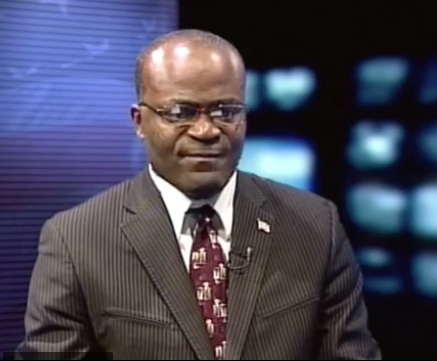 Having played high school football, I know trash-talking is all part of the game. Getting into the opponent’s head can give a team an advantage. Fans do their part with chants. But everything should be civil and not taken beyond the confines of the stadium.

Yet another incident happened where I grew up in southeastern Missouri and involved a school I played against in my day.

Here is what we know: Jackson High School defeated Battle High School by a score of 56-12 on September 27. Then it gets murky.

According to Battle’s players and coaches, the Jackson players used racial slurs against them. The Battle team further claims someone went into their locker room and destroyed personal property. Jackson officials dispute the locker room story, saying any damages were caused by Battle players and offering to review security camera footage to support their claims of innocence.

Turning high school sports into racial chaos serves no purpose whatsoever. It is imperative for students, parents, coaches and school administrators to draw the line and stop this trend in its tracks.

Battle’s current coach is a former NFL player. In that league, punishments for using the n-word and inappropriate on-field behavior are severe. As school officials search for solutions, this is a good place to start.

Coaches, of all people, should know better. They are supposed to be mentors, not agitators or enablers. In Louisiana, a coach at St. Augustine High School was recently fired for leading his players in chanting: “All I got is two pads. Two hands. Knock a [n-word’s] sh— loose.” Even worse, this former coach and most of the players are black. This is appalling –especially at the high school level.

The media also has a responsibility to measure the veracity of these allegations before inflaming passions. Otherwise, they are just as blameworthy for heightening tensions. While the full story of what happened on the field and in the locker room at Jackson High may never be known, it’s now a national story implying rampant racism. Wouldn’t it be better to wait for the resolution of this local incident before making it a national issue with headlines that bring unnecessary tension and drama?

We all share a moral responsibility to teach kids personal accountability, and this must be a collaborative effort that includes educators, administrators and community leaders. A network of support, oversight, and correction is necessary for the sake of our children – the most precious resource our society will ever produce.  Concerns about a school-to-prison pipeline can be partially addressed simply by providing mentorship and supervision for our athletes.

Racial minefields present a clear and present danger to good sportsmanship and the camaraderie that is developed in interscholastic athletics. We must hold athletes accountable for their actions, and carefully and fairly examine accusations of racism, before these situations go critical.

Martin A. Baker is a member of the Project 21 black leadership network.

Project 21 member Martin D. Baker has worked for various political campaigns and is a co-founder of the Move-On-Up.org black conservative organization. Between 2010 and 2014, he ran for the United States House of Representatives in Missouri’s 1st District of Missouri in the St. Louis area. In 2008, he ran for Congress in Missouri’s 5th District in the Kansas City area. He is now employed in the hospitality industry. Now living in St. Louis, Martin was born and raised in Sikeston, Missouri. He studied at American history at Brigham Young University-Idaho, and political science at the University of Missouri at Columbia, where he was involved in student government. He is a father to three daughters and one son.

Daniel Greenfield: Why the 'Woke' Corporations Back China