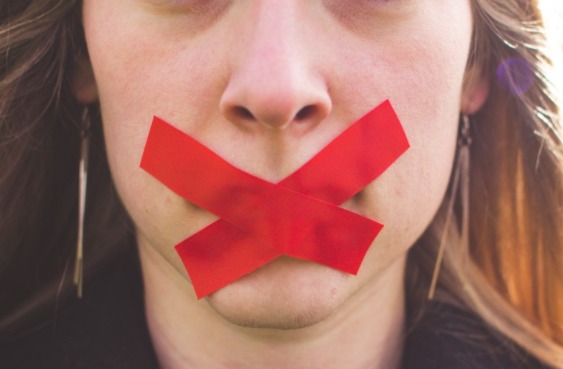 I am beyond appalled that in 2019, we are still fighting to protect our most basic freedom … freedom of speech.

Freedom of speech is the fundamental right to say whatever you damn well believe short of inciting outright violence against others. Since that earliest band of intrepid adventurers landed on the shore of the James River, Americans have treasured this “first” freedom.

That’s not to say free speech rights haven’t occasionally faced challenge; but the censorship, book burning, and media persecution that characterize so many other societies has always been anathema to American values and sensibilities.

Now, after 250 plus years of mostly the right to say whatever you believe, only liberals are allowed free expression. Speech by conservatives or Christians is hateful, hurtful, even violent.  Some believe it should be made illegal, at the very least stigmatized as unacceptable.

We see it played out vividly by the Democrats running for president.  Most want restrictions on churches, charities, and non-profits that don’t agree with the LGTBQ+ agenda.  Leading the charge is Beto O’Rourke who preaches damning them by removing their tax exempt status.  It’s not enough you abide by the law, or even accept their platform; you must align your conscience and your thoughts with their woke-ness.  You must wholeheartedly agree or you’re a hater and don’t deserve the same benefits or rights as others.

The Democrat Mayor of Minneapolis tried to silence Trump by charging his campaign $500,000 to rent his city’s arena for a rally — the same arena cost Obama’s campaign only $20,000.

When that didn’t work, the mayor barred police from wearing uniforms.  In response, the cops (God love em) wore bright red shirts that said, “COPS FOR TRUMP.”  Needless to say, those shirts stood out more than police uniforms would have.  I love it when a liberal’s ill conceived plan goes south!

Joe Biden swore not so long ago he’d beat Trump like a drum. Now he’s panicked that the media keeps talking to Trump’s lawyer, Rudy Giuliani. Biden has demanded they stop interviewing Giuliani or he’ll retaliate. I guess Joe is more worried than he lets on about his and his son’s apparent corruption in Ukraine and China. He’s certainly working hard to stop any talk of investigations.

Kevin McAleenan, the acting Secretary of Homeland Security, recently appeared at a Georgetown University conference on immigration.  As soon as he took the stage, however, students shouted him down.

It was a chance to hear about the challenges facing immigration authorities, how the number of illegals had been cut by 65%, and how processing claims by migrants had been streamlined.  Students had the chance to hear about how families are no longer separated and about improvements in the housing and care of migrants waiting to be processed.

Students had the chance, but no thanks. Their only interest was shutting McAleenan up. Every time McAleenan tried to speak, the students yelled and chanted, drowning him out.   Finally, after trying to speak for 8 minutes, McAleenan gave up and left the stage.

Congresswoman Sheila Jackson of Texas – she of the rhinestone encrusted cowboy hat – recently proposed fines on anyone who made fun of her.

The Mayor of New York has proposed a rule that applies huge fines to anyone who uses the term illegal immigrant.  It’s worse for those who turn illegal immigrants in to authorities – you can face not only fines but also jail time.

Liberals went nuts when comedian Ellen Degeneres sat next to former President George W. Bush at a ball game recently. They accused the celebrity liberal of consorting with the enemy. Her politics certainly aren’t mine; but hey she’s funny, talented, and it might be fun to spend a little time with her.

And that’s the problem: the left wanted to execute her on the spot for socializing with the former Republican president and his wife.

Those on the right might or might not like Ellen, or appreciate her talent, but they wouldn’t wish harm to her or anyone who spent time with her.

The left disagrees.  They believe people should be subject to government.  They believe rights are conferred.  Existing rights can be removed, or new rights added, depending on the position and beliefs of the group you occupy – as the left defines the group.  As a result, most on the left believe you have no right to disagree.  And, if you do, well, that’s all the evidence needed to remove your voice.

The left wants only their own voice, only their opinions, only discussion among themselves.  As for you and me?  Well, we can just shut the hell up.