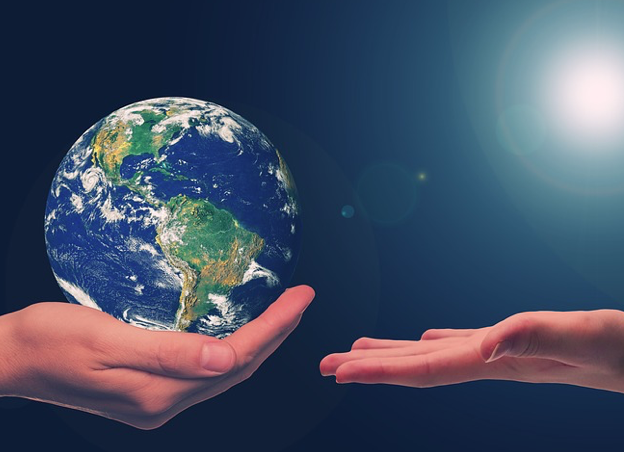 Let’s be perfectly clear, I believe in climate change. I’ve looked at the facts and it’s pretty obvious that since the 1800’s when people started recording such things the climate has changed.

Some years it is warmer, some cooler. Some years we have dreadful hurricanes and cyclones, other years not so much. Some years ski resorts do better or worse, fires threaten or not, waters rise or recede. For at least 60 years, Southern California’s Santa Ana winds have blown hot and strong, exacerbating the fire hazard and contributing to fire’s destruction.

The climate is changing. But no matter what the press or the politicians claim, none of the scientists are sure why it’s changing or by how much. Most agree humans are contributing to climate change. Most also agree the planet will warm by 6 degrees or less over the next 80 years.

But rather than propose rational measures to deal with warmer temperatures, the leftists exaggerate the problem to justify all manner of radical socialist nonsense that has nothing to do with addressing the climate.

As “Al-I-invented-the-internet-Gore” proved, there’s huge money to be made in exaggerated prophesies about climate change. And as Democrats have shown in recent months dire predictions of imminent climate doom can be a great way to justify all kinds of crazy ideas.

Among them is telling us what we can eat. They make much of the harmful effect meat production has on the climate.  They want to limit how many burgers we eat and steaks we grill. But like good socialists throughout time, what they prohibit for the rest of us doesn’t apply to them. At a recent Iowa bar-b-que they cooked up over 1,000 New York Strips for a campaign event.

They also use climate change to advocate taking over the energy industry.  That was one of many things Hugo Chavez did when he took over Venezuela, and something Bernie insists America do now. They also want to force people into using certain types of energy, the most expensive, least dependable forms of energy available — windmills and solar cells.

They want to insist we all drive electric cars but don’t mention it takes electricity to charge them.  Windmills and solar panels won’t even provide the electricity we need to power our homes, offices, schools, and factories — forget about adding everyone’s personal vehicle to the grid. Pesky details!

AOC has become the poster-child for the Democrat’s left-wing base. Now Democrats running for president are focused on appeasing her in order to win that base and the nomination. Their quest has yielded a host of increasingly expensive, impractical, and irrelevant proposals.

Most fundamentally, they propose replacing free markets with government control of the economy and nearly every choice we make.

But it doesn’t stop with economics. Bernie wants to provide abortions to women around the world in order to keep a lid on population growth. He’s hinted that old people should be provided suicide help for the same reason. If Democrats can justify killing babies and old people in order to shave a couple degrees off the thermometer, then what won’t they justify? Where do they draw the line?

Or are lines no longer permissible with Democrats? They are giving us a small taste of what we can look forward to.

With much of the population their scare tactics and threats seem to be working. It’s odd given their 0% record of predicting the future.

Al Gore promised us the world as we know it was coming to an end if we didn’t do something within 10 years. That was 2006. The world didn’t end.

Now AOC, a 24-year old former bar tender is leading a new group of climate hysterics who say we have 10 years or less before it’s too late. In fact, in 7 or 8 years you can kiss Miami goodbye. That’s because they claim warmer temperatures will result in melting ice and rising sea levels.

But try this experiment. Take a glass and fill it with water to about ¾ full.  Next add ice cubes until the water level is right at the rim. Then watch the ice melt. Amazingly, the water doesn’t spill over the rim, it may even go down.  That’s because the mass of the ice is greater than the volume of water that replaces it.

So when AOC claims Miami will be under water in 7 to 8 years, you can be pretty sure that says more about her knowledge of science than it does about Miami’s existential prospects. Sure, we may have to take remedial action like building seawalls higher, but that’s not in her Green New Deal because addressing the problem isn’t her foremost concern.

If the socialists really cared about climate change they wouldn’t just ban plastic straws, they’d ban plastic water bottles as well. But no, they love their bottled water too much. They want to take away your straws, but they’ll give junkies free plastic syringes all day long.

And socialism? An economic system that has caused universal misery, pain, and poverty every single time it’s ever been tried.

Even Ocasio-Cortez agrees we should “plant lots of trees.” It’s in her Green New Deal. But she doesn’t say how we’d pay for it. Here’s an idea. Let’s start imposing serious fines on people who throw trash out their car windows and use those fines to plant trees. That would help clean our environment and beautify America. And maybe if we worked together on one thing, we could find more things to work together on.

Dems' Impeachment Derangement: What Lies Beneath the Left's Meltdown