Just when you thought politics couldn’t get any worse…

Presidential candidate Elizabeth Warren is calling on Congress to impeach Donald Trump. Oh, and while they’re at, throw in Supreme Court Justice Brett Kavanaugh as well.

On what grounds?  Good question.

Warren believes Kavanaugh is guilty, but she can’t tell us exactly what he’s guilty of. None of the allegations against him were ever corroborated. In the most recent, the alleged victim can’t remember the incident. In another, a woman says she was pressured to falsely support the allegations. In other words, the only thing Kavanaugh is guilty of is being a conservative who believes in the Constitution.  She doesn’t like that so it’s enough.

And Donald Trump? Her stated theory is that where there’s smoke there’s fire.  Except she knows it was Democrats who created all the smoke, and there is no fire. That’s not her real reason for pushing impeachment.  Instead she gets a twofer with a massive public trial into the allegation that Trump asked the Ukrainians to look into Biden’s role in killing an investigation into his son’s company. Tarnish Trump, and expose Biden’s corruption eliminating him from the Democrat line up.

Warren knows Kavanaugh wouldn’t be convicted either. Discrediting him, however, will help justify her expanding the Court should she ever find herself in a position to do so. Changing the Court’s ideological balance is important since most of her proposals will be held unconstitutional by any but the most liberal justices.

For starters, Warren is a socialist who wants to do away with free markets and the idea that your money is rightfully yours. She has plans for a tax on assets that confiscates property.  She thinks some tax rates should go to 80% plus. She thinks corporate boards should be composed of union members, customers, and other “stakeholders.” She wants to ban oil, gas, and coal production.  She wants the government to determine who gets health care, who gets help with suicide, and how much meat someone should be allowed to eat. It won’t be cattle out there grazing in the fields; it will be her fellow Americans. And God help you if you pass gas; she’ll send you the way of the cows.

In short, Warren is using impeachment as a political strategy to aid her presidential ambitions.  What no one, including Ms. Warren, seems to be thinking about though is the goose-gander theory of politics. What Ms. Warren and other Democrats believe is good for the goose today (Trump and Kavanaugh,) can be used just as effectively against the gander tomorrow (the next Democrat president, maybe Ms. Warren herself.)

Let’s say Ms. Warren wins the election in 2020. Let’s say she’s installed as President. And let’s finally say she keeps even half her campaign promises to replace capitalism with a socialist planned economy.

Under that scenario, do you really believe that in 2022, Americans won’t be experiencing a certain degree of buyer’s remorse?  All it took for Republicans to gain control of Congress in 1996 was a health care plan by Bill and Hillary Clinton. In 2010, it was Obama’s and Pelosi’s overreach combined with Obamacare. 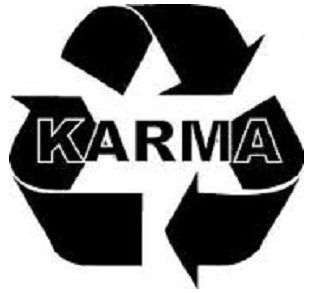 If Warren wins in 2020, don’t you think Republicans might take back the House of Representatives two years later?  If Democrats make impeachment a valid political tool to punish their enemies now, why don’t they think the same tools will be available to Republicans then?

Imagine, hundreds if not thousands of corporations out of business, millions of people out of work, a negative GNP, a massive fall in the stock market with retired people left destitute while their 401K’s and retirement accounts take a huge hit.  A national homeless crisis to match California’s.  Riots in the streets caused by huge inflationary increases in the price of food, housing, and fuel.

While most Americans don’t support impeaching Trump today, it’s not difficult to imagine impeachment being quite popular when it’s Ms. Warren’s turn. And not just her, but her ‘Vice President’, Cory Booker, as well.

Now I agree there are valid reasons to impeach. I’m not talking about turning a blind eye to clear and compelling evidence when a president violates the law. But trying to overturn an election is no small thing. Doing it just because you can, and because you don’t like a president, isn’t good enough. Our system has worked rather well for some 230 years. Every 4 years you get the chance to change the president if you don’t care for the job he or she is doing.

Should Democrats weaponize impeachment now, you can bet Republicans will include it in their arsenal as well.  Be careful Ms. Warren. If you decide to climb aboard the impeachment train, you can be sure the train will still be running when it comes back around. And it may very possibly run over you.

The Victims of Socialist Abuse