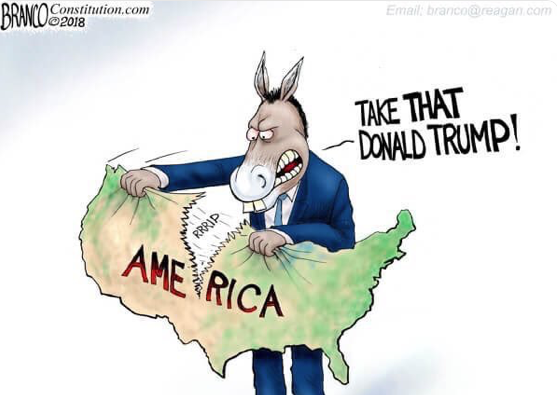 The Founding Fathers of the great experiment called America in their genius of crafting the Constitution knew, if nothing else, human nature and the tendencies of the human heart. They instinctively knew that if they created a government that was granted too much power, that power would have great potential to overcome the populace, and it would no longer be accountable to that populace. The Constitution was specifically designed to keep that government in check. The people were in charge of government, not government in charge of the people. Two hundred and forty-three years later, that delicate balance is in jeopardy like never before.

There have been signs of America developing a “ruling class” for some time. The Founding Fathers never envisioned or intended the job of Congressman and Senator as full time life time careers. Those that offered to serve would come to Washington, serve a few terms and return to their home communities as private citizens and live under the laws they helped to enact. This was to apply to every lawmaker, including the President. But over time, and the invention of things like lobbying, when Mr. Smith went to Washington, he figured out how to not only stay there indefinitely, but also how to become a millionaire. America was on its way to establishing the first arm of the ruling class.

There is only one profession that is legally protected by the Constitution, and that is journalists. Again, the Framers of that amazing document wanted to ensure the citizens that they had every right and were in a sense encouraged to speak out against the government and the people that represented them if they were unhappy. Journalists were to report the who, what, where, when, and why. They were expected to ask those in every political Party the tough questions. However, journalists are no longer reporters of the facts. They are merely propagandists for their Party of choice. Truth no longer matters, agenda does. They routinely violate one of the first tenants of their profession, they become the story.

But something happened in 2016 on the way to the dark-paneled, fern-adorned cocktail haunts where Congressmen, Senators, and Journalists all slap each other on the back, buy each other drinks, and roll around in their perceived superiority over the average Americans they purport to care about.

That happening, or more specific, that tsunami, was Donald Trump.

It was something that had never really happened before in American politics. Someone who had no experience decided he could do it better than those who, to the detriment of their constituents, had a lifetime of experience. Donald Trump made campaign promises about “draining the swamp”. The ruling class knew very well what that meant. It meant that a President Trump was intent on ending the well-established but never spoken out loud about cushy system they had all enjoyed for decades. Very quickly, the powerful and connected realized that this could never happen again. Not only did Trump need to be destroyed, both politically and personally, so did his supporters. It was an all hands-on deck situation, and all hands, both Republican, Democrat, and media were all too eager to help out.

Thanks to outlets like Project Veritas, all of our suspicions about the propaganda arm of the Democrat Party were verified. Several employees were recently caught on tape verifying that CNN head Jeff Zucker gave direct instructions to make his network the “destroy all things Trump” network. In a recent “Town Hall” story, Judicial Watch, a government watchdog group filed Freedom of Information Act requests based on suspicion of State Department officials in Ukraine who, under direction from the former American Ambassador to Ukraine monitored prominent conservative journalists and commentators with ties to the president. Former Ambassador Marie Yovanovitch was an Obama appointee.

The list of journalists and commentators include Fox News Channel host Sean Hannity, radio host and former assistant to the president Dr. Sebastian Gorka, and Fox News contributors and journalists John Solomon and Sara Carter. The third branch of this poisonous tree comes in the form of a recent New York Times op-ed written by retired Admiral William McRaven, in what amounts to the suggestion of an all-out coup, called for Trump to be removed from office, “the sooner the better”.

Welcome to America in 2019.  It is a place where not only those who oppose the president, many in his own Party are actively working to remove him from office. An incestuous blend of career politicians, so-called “journalists”, and political former military have convinced themselves that from their bubbles in New York and Washington D.C., they are far more intelligent than people who live in places like Iowa, or Nebraska. Those people gave us Donald Trump. They are the problem. They must be dealt with and destroyed. 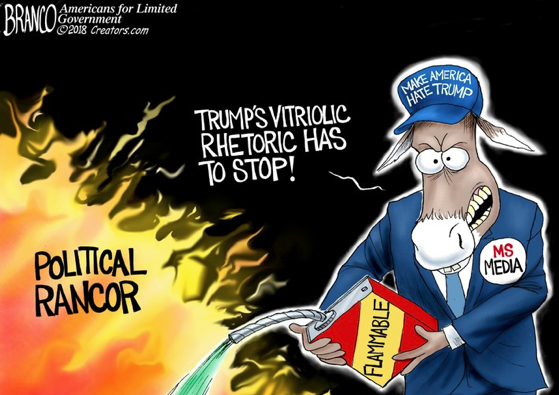 The dirty little secret is that those in the ruling class have developed a rabid hatred for not just Donald Trump, but you, the average Americans who support him. Because of the total ignorance and stupidity of you hayseed hicks, you rubes who frequent Wal Mart, the system both establishment Republicans and Democrats have spent decades building is firmly in the cross hairs of the over 60 million people who elected Donald Trump. Make no mistake, this is where the real cold war lies.

If Donald Trump is re-elected, what has taken place in the last three years will seem like a day at the beach compared to what will be in store for this president and ultimately for the nation. The ruling class was not ready for what took place in 2016. This time they will be and nothing will be off the table. Those who recognize the fact that the republic is at a very dangerous tipping point know this and hopefully are ready for the fight. Once upon a time Americans fought for the country they loved. It is time to do it again.

Sugar Daddy Bernie Sanders and the Seduction of Socialism

Dr. Jamie Glazov: The Death of the Democrat Party