For reasons I don’t totally understand, we still have sanctuary cities, towns and states in America. I’m talking about places like California, Los Angeles, Houston, New York, San Bernardino, and Chicago.  Each has legal borders, a governing body, and laws and regulations that are unique to their states and cities.  They all accept federal funds to help defray the costs of infrastructure projects, education programs, and entitlement benefits.  As part of their charters they recognize they are beholden to follow federal law where the Constitution requires it.

But in declaring themselves sanctuary entities they have said to the federal government, “we don’t like your immigration laws so we’re not going to turn over to federal authorities illegal immigrants who commit felonies in our jurisdictions.”

Instead of holding criminals accountable for their crimes, we will encourage them to roam freely anywhere they care to rob, steal, rape, deal drugs, or commit murder.

And Congress does nothing.

Heritage also tell us that among illegal immigrants convicted of federal felonies; 500 were for murder; almost 24,000 were for assault; 8,000 for burglary; nearly 300 for kidnapping; 16,000 for theft and robbery; and more than 7,000 for rape, sexual assault, or other sexual offense.  That’s 47,000 crimes against innocent people in America. It’s simply outrageous!

And yet Democrats in Congress want to relax border security and allow even more illegal immigrants into the country without vetting, without background checks, and without documentation.

The Congress is against building a wall.  Against border agents stepping up enforcement.  Against funding facilities to hold migrants who cross illegally.

Judges appointed by Obama are on board as well.  They’ve moved repeatedly to force border authorities to release illegals into the country.  They’ve shut down any attempt by the Trump Administration to deport migrants when they cross illegally. And they’ve stopped Trump’s attempts to speed up deportations of gang members, drug dealers, and traffickers.

Rather than do anything to solve the problem, Democrats in Congress are busy trashing the President and pushing impeachment. No evidence, no corroboration, no wrong doing. 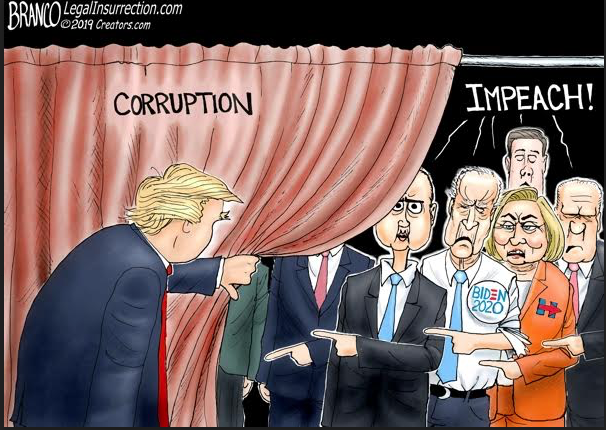 Why do they hate Trump so much? Well, he calls them out on their lies. He exposes their corruption. He reveals their hypocrisy when they do things today they vehemently criticized back when Republicans controlled Congress. And they rail against the things Trump does when they applauded those same things when it was Obama in the White House.

The lies, corruption, and hypocrisy are killing our country. Their protected class of illegal immigrants who commit crimes have literally killed hundreds of Americans, and left thousands to be victims of rape, theft, and battery. There is no defense.

America needs to fire the leftist Democrats whose only answer to every problem is Trump. And America needs to re-elect Donald Trump. If they don’t, then both parties will get the message that voters find it acceptable to harass, resist, and even impeach; that it’s ok to refuse to do the job voters elected you to do; that it’s just fine to violate your oath of office. And it’s ok to do all those things for no reason than you don’t like the other party.

Republican Party: Where is Your Courage?