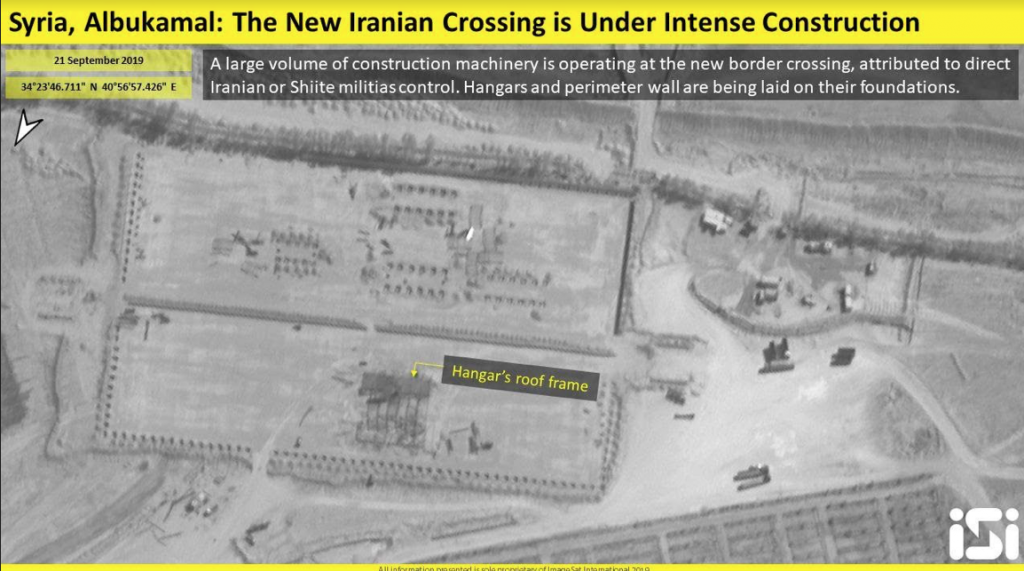 Much has been said and written about the Turkish incursion into northern Syria and their attacks against the Kurds.

But, for Israel, another location is important.

Al-Bukamal is located on the Iraqi/Syrian border. It has been the target of recent Israeli airstrikes. Al-Bukamal is also the site of a key crossing between Syria and Iraq which allows it to become an important hub for Iranian weapons transportation to Iranian-backed militias in Iraq, Syria and Lebanon.

In the early days of the Iranian and Iraqi militias’ control of the town of Al-Bukamal, the means of communication between them were wireless radios. After a few months of controlling the Syrian/Iraqi border town of al-Bukamal, assassinations increased in the area, which affected a number Iranian militias. The targeting of Iranian militia vehicles and their movements by cells opposing the militias were detected by the frequency used by the wireless radios.

Due to this detection, the Iranian militias issued orders not to speak on radios except when it was an emergency. After a few months, Iranian militias secured cellular lines from the company Zain Iraq through its members in the Popular Mobilization Forces.

About two months ago, Iranian militias set up a reinforced communication network for Zain Iraq on Jabal al-Baghouz on the Iraqi side of the border to gain greater coverage in al-Bukamal and its countryside. To obtain a line of communication, it requires personal identification and sometimes permission from militia commanders.

Several phone number belonging to Iranian officers and advisors stationed in al-Bukamal and Deir Ezzor were intercepted and published.

The publication of these names and numbers have thrown the iranian military into a spin.

But that will be the least of their worries. Israel is closely watching the construction of the Iranian base at Al-Bukamal and will destroy it in due course.