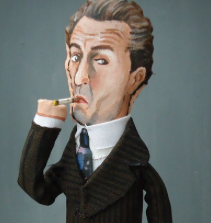 “It’s high time that you find
The same people that you misuse on your way up
You might meet up
On your way down”–
Allen Toussaint, On Your Way Down

On September 29th, Actor Robert De Niro was interviewed by CNN Reliable Sources Host, Brian Stelter.  De Niro was appearing on the program to promote his starring role in the new Martin Scorsese film, The Irishman.

In the course of the interview, the conversation turned to current politics and President Trump. In the midst of insulting the President and praising the skills of pundits and outlets such as Bill Maher, MSNBC, the New York Times, among others, De Niro stated that, “This guy should not be President, period.”

Stelter carried the conversation further when he said, “And  when you say that folks on FOX come after you, I remember the Tony’s when you got up there and cursed….”

Now I really don’t care if De Niro insults FOX, uses foul language or praises folks like MSNBC, that is his business. The problem I have with people on the left is the lack of any sort of intelligent or rational discourse these days. What Mr. De Niro seems to forget is that conservatives also buy movie tickets. After De Niro’s vulgar rant I will not be buying a ticket to his latest folly and I dare say many other conservatives will skip supporting him.

De Niro disturbingly is starting to resemble an aged reflection of some of the characters he has played in his long career. Like a senile Travis Bickle without medication, or a pre-Christian, actively drinking, Jake LaMotta, De Niro has become a living embodiment of the darker characters of his acting career.

This leads me to a broader point of indictment.  There is an arrogance in the entertainment industry that leaves me cold. If you want to denigrate a sitting President or belittle the country that has made you rich and famous, that is your business. It is also my business to not see your movies, buy your music or give you my undivided attention. I will not be any less of a person for missing out on your work.

Likewise, for entertainers, embracing the new Socialism of the Democrat Party that is your business. Consider this though, do you want to live in America if your wealth is confiscated?  Will you be leaving this country for not-so-green Foreign pastures?

I am not looking for bleached entertainers, but I expect intelligent dissent. When dismissing a potential audience member because you do not agree with their politics consider the following:

The Impeachment (Without an Actual Crime) of Donald Trump