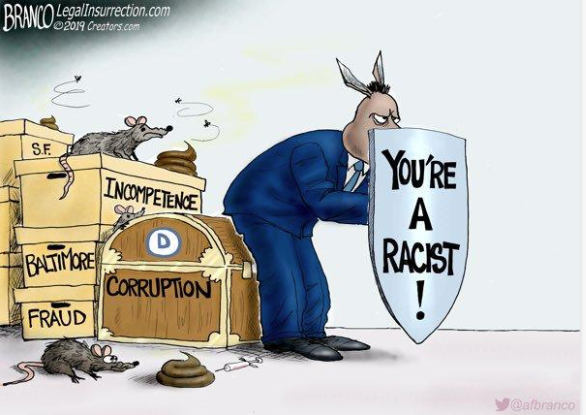 If it smells like a rat and looks like a rat, there’s a pretty good chance it’s a rat.

The story of Hunter Biden profiting from his father’s political influence is only one in a growing narrative of political corruption that seems endemic in Washington DC.  But it’s the hypocrisy that galls.  Biden promised his so-called ethics pledge had nothing at all to do with Hunter’s particular issue.  And yet the entire pledge seemed centered on the idea that it was terribly wrong for relatives of politicians to realize financial gain based on the political service of family members.

Proof positive that Biden is trying to control the fallout was his insistence that the media stop interviewing Rudy Giuliani. Joe decided his position as former Vice President gave him the right to demand the media cover what he dictated. Talk about unfair gain based on political position.

And Beto O’Rourke recently said he’d do away with tax exempt status for churches, charities, and colleges that don’t support gay marriage. It’s not enough they can force people to accept gay marriage, they insist you agree with it.

All of these are examples of Democrats’ insistence you not only abide by their rules, but that you align your conscience, your attitudes, and your values so that you agree with them.  And, if you don’t, then you should face government penalties.

It’s the same belief that led Stalin, Mao, and Hitler to send millions to their deaths because they disagreed with the state ideology.

So that really ugly, rancid rat you smell is the Democrat Party morphing into a party of despots and autocrats. The Democrat Party is turning into the party of Hugo Chavez, Mussolini, Daniel Ortega, Saddam Hussein, and Pol Pot.

Telling the media who they can speak with; huge fines for refusing to abide their brand of political correctness, and forcing Americans to obey rules they don’t themselves obey–it all boils down to the same socialist ethics of Kim Jong-un and Fidel Castro.

Elizabeth Warren, the new leader for the Democrat nomination in some polls, is maybe the biggest rat of all. Warren speaks plainly about her support to replace our American free-enterprise system with a government controlled economy.

Warren supports the total dismantling of the America so many brave Americans have died to build and protect.

Have you heard her say even one positive thing about re-building our military to assure our national security? Or about making sure America remains a positive influence in those parts of the world where chaos and dysfunction threaten peace and our own interests? Or perhaps about how she’ll work for strong border security that protects our freedoms and our people?

Warren has said nothing about Trump’s economy, the increased value of our retirement accounts, the record number of minorities and women who are now working, or the real increase in the wages of Americans.

Warren — and all the Democrats for president for that matter — don’t really care about increasing opportunity, or hope, or prosperity. They want people dependent on government. The problem with financial well being and economic growth is that it gives people too many options, too much freedom. It makes them independent of politicians, of government, of control. It makes them Republicans and conservatives.

Don’t believe it?  Then explain why the Democrats all want massive tax increases for a health care system in which they decide who gets what treatment. Explain why they want to take everyone’s guns. Why do they want to ban fossil fuel and push everyone onto public transportation? Why do they insist on a guaranteed annual income paid by government? Why do they demand “reparations” for minorities, gays, illegals, and ex cons? Why do they support an economics system sure to make us all poorer and the government stronger?

If you don’t already hate America, you can be sure you soon will if the rats take over and a Democrat is elected president.

A Trip to the Lake Triggers Fond Memories of Youth