They say that Disneyland is the happiest place on earth, but Hillaryland must be the saddest.

What is Hillaryland? It’s a social network “aiming to connect all the people who’ve worked for Hillary Rodham Clinton during her more than 40 years of public service.” It’s run by “volunteers” and offers a plain white $15 Hillaryland tote bag which it claims that it’s selling “at cost” and “not for profit”. 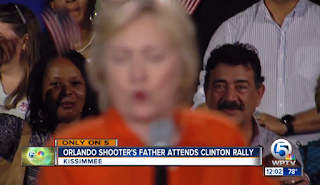 Once upon a time, Hillary and her people gaslit the country on the big issues. Now they’ve gone from Benghazi to trying to convince a declining handful of suckers that $15 is the cost price for a tote bag.

Hillaryland is the sad successor to Clintonworld networks like the Clinton Foundation which connected world leaders, foreign criminals and a prospective president. The alumni network is now a joke. The Clintons will never hold public office again. Hillaryland isn’t an alumni network, it’s a political leper colony run by “volunteers” too dumb to realize that the S.S. Slick Willy will never rise again.

Hillaryland promotes such promising ventures as Nasty Women Serve which holds an annual Hillary Rodham Clinton Day of Service. The highest level of service in Hillaryland is hosting a “house party” on November 8, which is National Hillary Day, also known as the day of Hillary’s downfall and defeat. The party will have, “in the true spirit of HRC — some Chardonnay” and will go on “until the wine runs out”.

Only Nazi war criminals in Argentina have sadder and more pathetic reunions than Hillary minions.

Nazis and potheads have 4/20 to get high. Hillary fans have 11/8 to get drunk on white wine. And both of them even blame the Russians for the defeat of their miserably corrupt murderous regimes.

Hillary stopped by the Venice Biennale, the umbrella organization that includes the Venice Film Festival, allegedly a favorite stalking ground of old Clinton pal, Harvey Weinstein, to attend the exhibit of “HILLARY: The Hillary Clinton Emails.”

For an hour, Hillary sat in a replica of the Oval Office pretending to read her own emails as part of an art project. To make her humiliation more complete, HILLARY was staged at the Despar Teatro Italia, a former theater turned into a supermarket. Confused shoppers watched a former American presidential contender pretending to be the President of the United States in an Italian supermarket.

There’s your chicken, your canned tomatoes and your pasta. Upstairs is a crazy lady who thinks she’s the President of the United States. Go easy on the chardonnay, you don’t want to end up like her.

The Oval Office recreated in an Italian supermarket is only the second most famous piece of eponymous Hillary art. The National Museum of Women in the Arts also features a 6-foot-tall painting of a black fabric swatch named Hillary gifted to it by Heather and Tony Podesta. Heather and Tony have since split up. And Tony, a Hillarylander, got caught up in the Russia scandal and shut down his lobbying operation.

Hillaryland and the Italian supermarket presidency cast a dim light on Hillary’s prospects. What do you do when you run out of Chardonnay and ways to market yourself to an audience that no longer cares?

Audiences turned up their noses at Bill and Hillary’s theatrical appearances. The real Bill and Hillary flopped and so did fictional versions of them played by John Lithgow and Laurie Metcalf in Hillary and Clinton. Everyone, including Italian supermarket shoppers, want Hillary to go away. But she won’t go.

After churning out way too many books, Hillary is back with The Book of Gutsy Women: Favorite Stories of Courage and Resilience. This one is supposedly co-written with Chelsea, but just sounds like a revamp of Chelsea’s collection of She Persisted books which seem to have the same premise and theme.

This just means another Hillary Clinton book tour that nobody asked for and nobody actually wants.

Nevertheless, Hillary’s desperation tour will still be coming to such world-renowned locations as the Women’s Club of Ridgewood, NJ (no books will be signed), the United Methodist Church in Denver, CO, and the San Ramon Valley High School gym. Next stop, a random Appleby’s in Great Forks.

What’s the point of all this?

Jeffrey Epstein is dead, Ed Buck is in jail, and Harvey Weinstein is tapped out. The money has to come from somewhere. Even if it means sitting dead-eyed and drunk in a high school gym while Chelsea launches into an enthusiastic explanation of how Rachel Carson made the world safe for malaria.

But it’s not as if the Clintons really need the money. Their greed is as compulsive as all their vices.

Hillary Clinton loathes other people, but is incapable of existing without them. She can’t do what every other contender did and go away because she has nowhere to go. There’s a mansion in New York, but it has too many mirrors. And at night, she might start wandering and muttering, “Out, damned spot.”

And she won’t be talking about the neighbor’s dog who committed suicide in a local park.

Desperate and malicious, Hillary’s restless spirt wanders the nation and the world, haunting random supermarkets, gyms and colleges. To paraphrase her inspiration, Karl, a specter is wandering D.C. That’s where Hillary showed up to George Washington U to claim that she only lost Wisconsin because of Republican voter suppression. It had nothing to do with her failure to campaign in Wisconsin.

Meanwhile, only 300 people turned out to hear her latest set of pathetic excuses and lies.

“I was the first person who ran for president in more than 50 years without the protection of the Voting Rights Act,” she whined.

The Voting Rights Act had been put into place to stop Democrat voter suppression in segregated states in 1965. Not to protect Hillary. It had nothing to do with why a rich white Democrat lost Wisconsin.

Who actually invited Hillary to rant at GWU? Who else? Hillary Clinton. In Defense of American Democracy, the conference at which Hillary spoke was sponsored by Onward Together. Her own group.

Would you have “risked arrest to demand votes for women or bled on the Edmund Pettus Bridge to demand voting rights for all?” she demanded.

Why would anyone get arrested or bleed for Hillary? They’re not even coming to hear her speak.

Just like they didn’t bother turning out to vote for her.

Hillary wants to fight a war until the last Hillarylander, but nobody would sacrifice a bunion for her, let alone their life and liberty to see that the flag of Hillandia flies proudly over a burning White House.

That’s what happens when you live in your own imaginary echo chamber of wealth and power.

Hillary claimed that Republicans had prevented American Indians on reservations from voting for her. But maybe they were just saving their votes for Elizabeth Warren, the first Cherokee president.

The only thing democracy needs defending from is Hillary Clinton.

The 2016 election was not hijacked by the Russians, Facebook or UFOs. It was nearly hijacked by Clinton operatives who spread false claims that Trump was a Russian agent that her campaign manufactured and paid for, and then passed along to government officials who used it as a pretext to spy on the opposition.

Hillary’s election hijacking failed and the only way she’ll ever be president is in an Italian supermarket.

How the Bible is a Guide to Life and Love

California’s Nightmare Could Become Yours