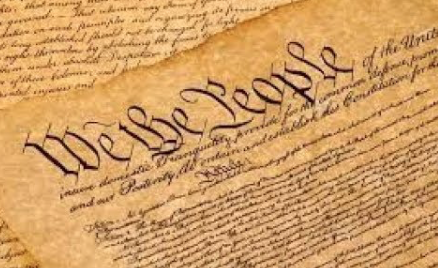 “The President, Vice President and all Civil Officers of the United States,
shall be removed from Office on Impeachment for, and Conviction of,
Treason, Bribery, or other high Crimes and Misdemeanors”
-United States Constitution, Article II, Section 4

Ok, I have had it with the Democrat leadership of the United States Congress.  Haven’t you?

Directly speaking, House Speaker Nancy Pelosi and Congressman Adam Schiff are living definitions of the term maladministration.  This means, in essence, that they are inefficient, incomplete and fundamentally dishonest.  Because of their continuous high crimes and misdemeanors; impeachment, or more accurately, removal from office should be considered.

Speaker Pelosi realizes that none of the weak candidates up for nomination for the 2020 Democrat ticket can win against Trump in a real election.  Therefore, she has decided to continue to beat the impeachment drum.  She has been beating that  drum since President Trump’s Inauguration.  Like an inept drummer, she has never understood the backbeat of America, a backbeat that is our Constitution and that document’s protection of our Civil Rights.

This is a coup, disguised as an impeachment. Pelosi’s actions are Constitutional malpractice.  It is time to hold her accountable for her treasonous behavior.  Historically, and intellectually, she has never been fit to be the Speaker of the House of Representatives.

Congressman Adam Schiff lied for almost three years about having evidence that President Trump colluded with Russia to interfere in the 2016 election. He continues to behave like the political criminal that any thinking American knows he is.  Let’s be clear, we, as taxpayers, are paying Adam Schiff and his partners in crime hundreds of thousands of dollars each year to fundamentally destroy the America we know and love.

Schiff is one of the architects of the fake Russian dossier that prompted and promoted the empty 30 million dollar Mueller Report.  He recently decided to behave like some vastly unfunny comedian and did a “parody” of a phone call between President Trump and Ukrainian President Zelensky.  He directly lied before Congress with his parody.

Now, in even more recent days, there have been SCIF “impeachment” hearings lead by Representative Adam Schiff. Let me reiterate, this is NOT a Constitutional impeachment process. This is an illegal, criminal coup against a sitting President.  It is a denial of President Trump’s right to due process and the right to confront his accusers.  This is an active coup so that the flag-less 2020 Democrat candidates have a chance at the Presidency.  You have noticed there is no American flag displayed at the Democrat debates, right?

On October 23rd, there was a Paul Revere moment in the Halls of Congress. That day  Representative Louie Gohmert, a hero of mine, along with fellow Republicans Jim Jordan and Steve Scalise, also both heroes, stormed into the Constitutionally illegal Schiff SCIF hearing.  Over 30 Republican Representatives joined them.  They were protesting the illegal action by Representative Adam Schiff and his co-conspirators.  I consider it a successful protest even as the media and the uninformed recoil in faux horror.

In this life, as patriots, we will experience stand and deliver moments.  The October 23rdstorming of the SCIF “hearing” by Republican Representative is one for the ages.  It is a reasonable reaction to criminal behavior and another destination on the continued journey to get our country back

The Democrat Party no longer follows any decorum or pretense at fairness in their constant pursuit to undermine President Trump.  They have become such odious monsters that one can smell their corrupt odor from a mile away.  The fake news clown media is now claw and claw with these miscreants.  That includes the sly not so fair and balanced FOX.

The hearings we should be hearing about are the real Russian Collusion stories, the paid for dossier and the Obama Administration’s Uranium One Deal.  Uranium One, where one third of America’s Uranium rights were sold to Russia.  We need a Special Prosecutor to investigate that hair plug thug, former Vice President “Quid-pro-quo” Joe Biden and his addled and inexperienced son, Hunter. Let’s investigate their illegal and heavy handed deals in Ukraine, China and Romania.

The pay to play schemes and money laundering are just a few of the many scandals under the previous administrations that should be investigated. They also need to investigate the FISA abuse and illegal spying on political opponents under the Obama Administration and the illegal regime changes, the gun running operations and the arming of terrorists groups.

The reason Adam Schiff is so desperate to impeach President Trump is because he is trying to cover up the abuse of power under the Obama Administration.  The Democrats never thought they would lose the 2016 election. They never thought they would be held accountable for their crimes.  Rep. Schiff should be removed from office and arrested.  He should be joined by former President Barack Obama, Speaker Nancy Pelosi, and Hillary Clinton, among many.

Perhaps the New Socialist Wing at Gitmo is ready by now?

It is time, as citizens, to stand up for our President and for our cherished liberty.  As darkness continues to invade our country, may the good Lord shine a light on you.  Never take your freedom for granted.

Democrats and the Smell of Rats

Trump’s Major Victory over ISIS leaves Democrats In A Tizzy