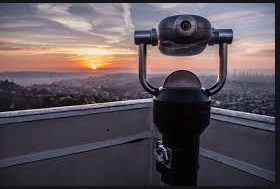 You have to hand it to the left.  We may not agree with liberal policies that put government over people, but you do have to admit they’re masters of perseverance.

If you’re like me, you’re amazed by the radical scope and sweep of their almost daily proposals.  Each is part of an overall plan to completely scrap the values that animate our society, culture, and economy; and replace those values with almost their exact opposites.

From the perspective of leftists, social progress means exchanging reason for emotion. The cultural good means denying freedom for the sake of political correctness. And economic justice is no longer about respect for property and individual achievement; but taking from those who work, produce, and create and turning it over to those who can’t be bothered.

So let’s go back 70-plus years.  LBJ didn’t build the philosophical foundations for socialism, but he certainly borrowed aggressively from those who did.  Then he created on those foundations the framework for what would become a political behemoth of the ugliest kind.   LBJ called it “The Great Society.”  Or put another way; welfare for just about anyone who wants it.

For LBJ, it was purely pragmatic and perfectly calculated.  Hook the poor and elderly on free stuff provided by Democrats all courtesy of middle class and wealthy taxpayers then reap the votes for the party that provides the freebies.

And just to make sure those votes don’t wander, harp endlessly about the heartlessness and racism of your conservative opponents despite any evidence to the contrary.

Democrats have created a complex web of programs and expenses that grows relentlessly – by wild leaps under Democrats and smaller steps under Republicans.

Over the years some have tried to tie welfare benefits to work. But even when that’s happened, Democrats have worked to water down reforms or undo them all together.  That’s what happened when Obama overturned the workfare reforms passed by a Republican Congress and eventually signed by a Democrat president in 1996.

In fact, the Obama Administration spent millions advertising on billboards and radio to tell people how they could get food stamps, free phones, cars, monthly welfare payments, and other benefits.

The Trump Administration reduced the number of people on the dole through reforms intended to limit abuse and fraud.  Democrats use this as proof that Trump hates the poor.  But they don’t stop there.  They focus now on promising nearly limitless freebies to illegal immigrants.

For liberals, making  victims out of 12 million illegal immigrants gives Democrats the chance to convince all immigrants that Trump doesn’t like them, and that their well-being rests entirely with Democrats.

Democrats are masters of perseverance.  They’re willing to continue the charade as long as it takes no matter how much damage it eventually does.  Just like the damage it’s done to the poor they’ve claimed to be helping since the 1960’s. They are fully prepared to wait us out while they manage the media, control education, and manipulate immigration.

Republicans are starting to catch on, taking the long view, and finally communicating with the minorities Democrats have made dependent.  But unlike Democrats, Republicans aren’t promising something for nothing; they’re talking about the benefits and opportunities people enjoy with plentiful jobs, a strong economy, and better choices in education.

Minorities especially are asking why they’ve been left behind during past periods of economic growth.  They’re starting to see the pain and havoc government dependence has caused their families and their neighborhoods.   They’re rightfully asking why Obama didn’t deliver.  Where was Harry Reid?  Joe Biden? Nancy Pelosi?  What have Democrats really done for them?

The truth is that liberals find redistributing wealth a lot easier than creating jobs. And besides, a stronger economy, more jobs, and real paychecks means fewer chances for Democrats to keep people under the government’s thumb.

Republicans disagree.  That’s why Donald Trump and Republicans cut taxes and reduced regulation on job creators; boosting the economy, and creating more jobs for blacks, Asians, Hispanics, and women than ever recorded.

Maybe that’s another reason Democrats have shifted their attention from the poor to illegal immigrants.  Now that minorities and the under-privileged see a Republican president who genuinely cares about them, and is delivering concrete results for them, Democrats need to find a new class of “victims.”

As sleepy Joe would say, “BINGO.”  Illegals are the answer.   Even better if they can attract millions more by opening the borders and demonizing border enforcement.

President Trump is doing everything he can to kick down the ugly behemoth of welfare dependency started by LBJ 80 years ago.

Perhaps sensing a loss, Democrats are doubling down.  They’ve become increasingly radical, advocating a socialist economy system they claimed to abhor just a few short years ago.  The hyper-radicalism of Democrats running for president is the sad, last gasp, of a failed attempt to gain power by bilking taxpayers and manipulating generations of the poor.

It may take a while before enough voters realize the folly of something-for-nothing entitlement schemes, and send the Democrat Socialists packing once and for all.  But it will eventually happen.   Reality has a habit of holding responsible those who overly indulge fantasy.  In the meantime, plenty of us will keep making the case for free markets, individual liberty, and personal dignity. Democrats aren’t the only one’s who will persevere.