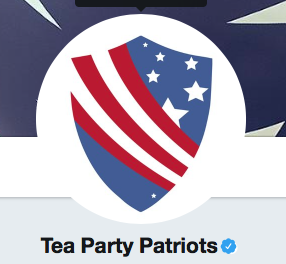 David Harsanyi, writing for the Daily Signal (here), provides an excellent review of the Tea Party movement as we approach the tenth anniversary of the historic rally in Washington, D.C. that appeared at the time to be the last best hope for a return to America conservatism.

I was present at that rally, having arrived early enough to gain a vantage point within 100 feet from the main stage.  It was the first time I heard Mike Pence speak with a quiet eloquence about the bed-rock principles that made our country the success that it was. He said if something serious did not change, we were headed for a destination that would dim the future of our children’s children.

That gathering – which was seriously understated in numbers in the mainstream press – was, as Harsanyi pointed out, one of the most orderly, peaceful, and well-mannered of events. To contrast, a typical rally or mass demonstration in our nation’s capital ends with millions of dollars being spent just to clean up the streets of the trash and junk left behind by the demonstrators. One of the most striking aspects of the Tea Party rally was the image of the streets both during and after that event.  At nearly every intersection and in between, trash receptacles were overflowing from the shear volume of use, but neatly piled next to each receptacle was a huge and growing quantity of trash deposited there because there was no other place to dispose of it.  Outside of those piles of trash, the streets remained immaculate and devoid of debris.

Contrary to many commentators of the time, my personal observation was that while the majority of participants were white, there was a fair representative of other ethnic groups present in the crowds.  Not once did I experience or observe the slightest instance of tension, anger, or prejudice among the shoulder-to-shoulder crowds at several locations where speakers addressed the people attending.  In fact, when I lost my footing on a perch that afforded me a view of the speaker at one downtown location, I fell about five feet to the ground landing on my back.  I was unharmed, but no less than four or five people rushed to my side and helped me back on my feet with all of them expressing pleasure and relieve that I was unharmed.  It was literally one of the friendliest and helpful crowds that I have ever experienced.

The one aspect of the Tea Party that David failed to pick up on in his article was that of the singular failure of those who led and guided the Tea Party movement. Their refusal to embrace a highly committed and sizable group of conservatives who were as focused on social issues as well as economic ones divided and weakened the movement throughout that time. As a result it has become a shadow of itself in recent years largely because we have found that the social underpinnings of the American people are what is crumbling. And without support for those foundational principles, the economic problems are very unlikely to be resolved in a way that brings a soundness back to the American society.

Day-by-day, the social fabric as well as the economic issues that we face are getting more and more frayed. Those that call for compromise and reconciliation continue to have the myopic view that one can negotiate with evil. And let there be no question in your mind: We are, in fact, fighting against evil. When that is the case, principles mean everything, and “giving in” is always expected of those who hold the conservative viewpoint.  The left does not compromise, but always excoriates conservatives when any attempt is made to stand firm on any issue.

Ten years later, the Tea Party is largely history as an identified movement, but its principles – or remnants thereof – are alive in the hearts of many.  If the combined energy of both social and fiscal conservatives could unite around the common ground of constitutional freedoms and adherence to founding principles, we might have a fighting chance to renew America.  One thing is certain–in order to be successful, we cannot go at it as if we are attending an afternoon Tea Party.

Barry Shaw: Israel, The Dreyfus of Our Time