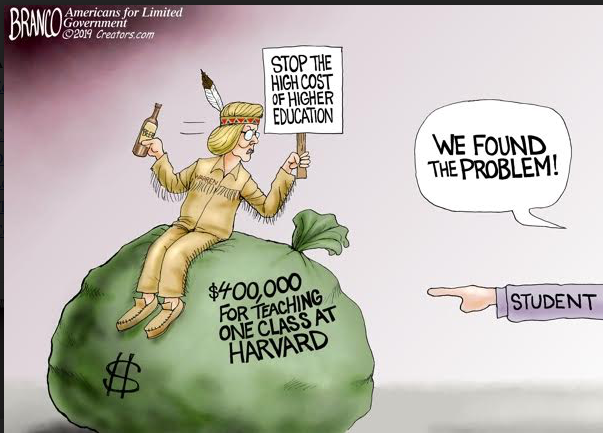 Elizabeth Warren and Bernie Sanders both want to radically change the United States of America; no secret there.  Joe Biden, the third front-runner on the Democrat side, is still trying to figure out where he stands on any number of issues, so for the purpose of this blog, we will ignore good ole Joe (don’t worry, he won’t notice.)

A quick look at history tells us that at least one reason these socialists they must eliminate the wealthy is because the wealthy are a threat to their taking control.  They have the resources to inform, organize, and resist the movement to socialist.

Think this is far fetched?

We have already heard Elizabeth Warren’s plan to confiscate the property of wealthy individuals beyond even her tax proposals. According to our constitution, her plans are illegal, but that doesn’t seem to be slowing her down much.

Bernie has said that he intends to nationalize our entire energy industry. This is precisely what Hugo Chavez did in Venezuela which ultimately led this once incredibly wealthy nation to become now a country where the citizens are eating their pets to barely stay alive.

Right now, both of these candidates (and most of the rest) use the excuse of “climate change” to justify these and many other policies that assure the destruction of our capitalist economy and bring on full-blown socialism.

Elizabeth and Bernie believe only they know what’s best for us.  They are convinced they know best where you and should live, what we should eat, how many kids we can have, which of us is worthy of health care … and which of us is not.

They believe we need to be led like sheep through our lives; told what we should learn in school, which of us should go on to higher education, who gets which jobs, and how much we should make.  Like socialist governments throughout history, they’ll eventually decide how much each of us is rationed.

Those who support their government will get food, better places to live, and better jobs.  Those who don’t, well good luck.

Socialism has never worked anywhere, any time in all the messed up history of human economics.  NO WHERE! Socialism has never made any group richer — other than a small group of favored leaders.  It’s made everyone poorer, less healthy, less educated, and far less productive.

No country made up of frail and imperfect people has ever been perfect. So far though, our’s probably comes closest in human history to doing best for our own people and for the rest of the world.

Do we really want to follow a socialist model that demands we give up our money and assets to a government made up of bureaucrats?  Has any government ever made any enterprise, project, or effort more efficient, effective, productive, or successful than private enterprise?  Do you really want to be told what to eat, where to live, what to drive or what kind of job you can have?

Doesn’t it make more sense to make our country even better?  Shouldn’t we support our president when he’s right, call him out when he’s wrong, and elect a Congress committed to doing those things fairly and responsibly.  Let’s not elect men and women who only want to stop progress for their own partisan political gain.

In the last three years unemployment is way down; poverty is way down; incomes are finally coming up; most retirement plans and pensions are rising; our military is once again strong; and blacks, hispanics, Asians and women are working in record numbers.

Why would we want ever want to jeopardize the progress we’ve made and double down on all the things that weren’t working before? Socialism doesn’t work.  It’s never worked.  Bernie and Elizabeth think they’re smart enough beat the odds and make it work this time.  They’re wrong.

Daniel Greenfield: Cory Booker Should Be In Jail Over Newark's Water Crisis

The People That Inspired Us in Life