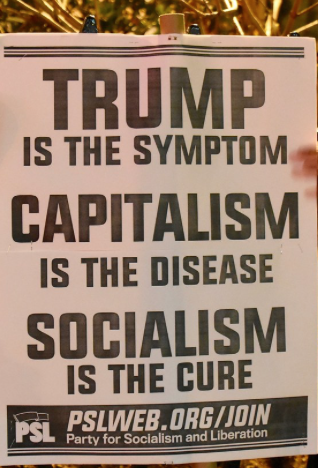 If you are really listening to the Democrat candidates for president then you either agree with them that the United States requires radical change, or you think they’re wrong and we are more or less headed in the right direction.

If you agree with Democrats, it’s likely you’re happy to share your feelings with anyone who asks.  If you disagree though, you apparently aren’t telling the pollsters what you really think.  As hard as it is to believe, polls show Democrats enjoy a slight, but significant, margin over Trump in the general election. If you’re one of those Trump supporters who don’t admit to supporting him maybe you don’t care to be harassed. Maybe you are embarrassed.  Or maybe you are just tired of being spoken down to.

If you believe the Democrats, then you probably think Trump deserves to be impeached, that maybe he’s even guilty of treason.  You may also agree we should open our borders to anyone and everyone who wants to walk, fly, or boat in.  You might think as well that only government employees should own guns, that our taxes are way too low, and maybe even that part of the solution to climate change is a world wide network of clinics ready to abort unborn children and euthanize seniors.

If you agree with the Democrats, then you probably agree that those who are wealthy should not only pay 80% plus of their income in taxes, but that a share of their assets should be confiscated each year. You may also agree with Democrats that the government should control how much meat you consume each week, that illegal immigrants should receive taxpayer funded health care, and that you should pay the debt of college graduates.

In addition to all that, you likely believe government should take over the energy industry and ban the production of oil and gas, move to all-electric cars, that families should be limited to one child each who attends a school where the curriculum is approved by the government and where opinions that diverge from those on the left are prohibited.

Never before in America’s history has our free republic been so in danger of being replaced by autocratic control.  Never before has our free market economy been so threatened by the failed ideology of socialist despots.

Todays left includes Black Lives Matter, Move On, The American Socialist Party, George Soros, most of the media and press, a large percentage of the Hollywood crowd and all of those who put government control ahead of individual rights, personal responsibility, and human dignity.

The fundamental difference between Democrats and us is that conservatives put individual freedom over government control.  If you agree with conservatives, then you’re more likely to believe:

Democrat leaders have lurched so far to the left they can no longer discern fact from fiction, truth from deceit.  They’ve concocted a Green New Deal to justify replacing our economic system with a planned socialist economy that has failed every time it’s ever been tried. Democrats don’t care that it doesn’t work. To them it’s a vehicle perfectly suited to impose massive regulation and government control over every aspect of our lives from education to health care.

Before you buy what Democrats are selling, listen carefully and examine the values that underlie their words and beliefs. They aren’t interested in truth, goodness, or even the well being of you and your family.  They care only about gaining and exerting political power.

Daniel Greenfield: When Muslims Oppress Gays, It's the Fault of the Jews

Daniel Greenfield: Cory Booker Should Be In Jail Over Newark's Water Crisis