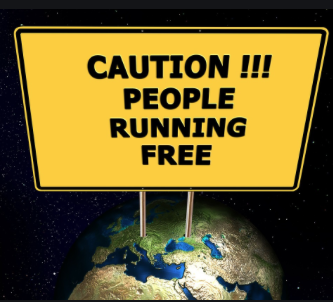 Back when we were more or less civil to one another, and truly believed people had a right to their own opinions even when they disagreed with us, the world was reasonably sane.

Not so today.  Political correctness forbids we believe what most liberals have always believed; people have a right to disagree, free speech and free assembly are fundamental, every person is imbued with dignity and deserves respect.

You can’t say Merry Christmas: it might offend a Muslim or an atheist. I’ve never met a Jew who cares.

A student can’t say a morning prayer before class, or bring a Bible to school: again we might offend a Muslim or an atheist.

God forbid Nativity scenes at a Christmas party or in the public square.  They’re forbidden for the same reason.

There are no longer Boy Scouts because, well, just because. Now girls must be included as Boy Scouts.  And to prohibit gay leaders, or even those convicted of sex crimes, is to discriminate unreasonably.

You can’t require students to sing the National Anthem or recite the Pledge of Allegiance.  Our history and institutions were founded on, and continue to promote, white supremacy so they no longer deserve our allegiance.

It’s also racist to display those white stick figures on the crossing signals that indicate it’s time to walk.

Because white supremacists taunt people by drinking cow’s milk, liberals now say no one should drink milk.  And if you do it’s proof you’re a racist.  Worse, some academicians are now starting to come forward to report milk pushes harmful saturated fats on children, and disproportionately affects communities of color.  I guess that proves it.  Milk really is racist.

Liberal courts insist women’s sport’s teams must now allow men who identify as women to play.  Never mind that many female athletes have worked their entire lives to be the best.  When a dude in a dress comes along, she better take the bench.

In a society where store owners who fail to exhibit rainbow banners can be harassed and boycotted by the politically correct, no one is safe.

Now, if you legally contribute to your party’s candidate for president — so long as that party is Republican and that candidate is Donald Trump — you can be targeted for intimidation or worse.  That’s exactly what Congressman Joaquin Castro did in his Texas Congressional District.  His brother Julian, one of the also-ran Democrats for president, justified Joaguin’s action as a legitimate effort to shame supporters of Trump. After all, supporters of Trump must be evil because, well, they don’t support the leftist who knows better.

President Obama flushed away common sense when he ordered schools to observe a person’s right to use the restrooms, locker rooms, or showers designated for the gender with which they identified.

Town councils and state legislatures have started dispensing with the Pledge and banned prayer before meetings.  Some have taken down the “In God We Trust” signs that once adorned state and local buildings.  Muslims and atheists want it removed from our money as well. They’re deeply offended.

In the Minneapolis area, it’s now acceptable for Muslim cab drivers to refuse service to a fare carrying a six pack or bottle of wine.

Political correctness is a one-way street.  If you’re Christian, and own a bakery, don’t dare refuse to bake for a gay wedding.  In many municipalities and states you can be fined, driven out of business, and even incarcerated for hate crimes.  I wonder how a judge would rule on a case involving a gay couple who sued a Muslim baker for refusing to provide service for the happy couple’s nuptial celebration.

I have no idea where all this ends, but I sincerely hope it ends soon.  When liberals reject the right to differing opinions, hopes, and ideas; they stop being liberal and become tyrants.  Once you believe others aren’t just wrong when they disagree with you, they are evil or inhuman, then you can justify almost any hateful acts against them. That seems to be where we are today. We’ve moved from sanity to normalizing un-sanity.  And it’s dangerous.

The Fatal Flaw In Our Afghan Withdrawal Negotiations