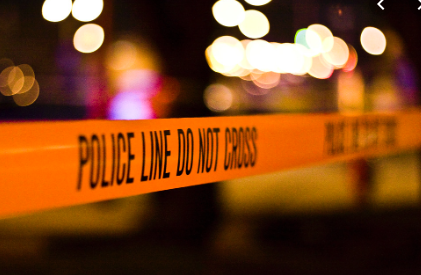 Damn, this gets old.

Another nut has rampaged through a community killing and wounding innocent bystanders with a gun. Over the Labor Day weekend, 7 were shot dead and 22 injured by a shooter in Odessa,Texas.

During the same weekend, 25 people were shot in Chicago.  No one is talking about Chicago.  Why?  Chicago has the strongest gun laws in the country, it’s run by liberal Democrats, and none of the very tough anti-gun laws passed by those liberal Democrats in Chicago have done anything to stem the violence there.  Just the reverse, disarming law abiding citizens has only made Chicago’s people more vulnerable.

The real problem with all the anti-gun proposals advocated by the left is that none of them would have made a difference.  None of their proposals would have stopped even one of the shooters over the past few years from doing what they did.

The media seldom mention it, but it’s a fact. Surprise.

So why aren’t the politicians and the media talking about something that would help? Doing more about mental health. The shooter’s neighbors, co-workers, and family all knew he was unstable. They knew he had serious mental health issues. He’d been fired from multiple jobs at least partly due to erratic behavior.  The shooter himself called 911 and the FBI before the shooting started.

When I talk about reforming mental health procedures, I’m not talking about throwing people in an institution and throwing away the key.  But what about red flag laws that prevent the mentally ill from buying a gun?  What about sending those with mental health complaints into observation and counseling? What about believing the family members and friends of those who threaten the lives of others?  Or believing those who post threats on social media? Why not require follow ups with in-home visits and required observation.

How about a system that allows people to get the help they need and live as ‘normal’ human beings equipped to deal with the challenges they face in a complex society?

Leftists don’t want to spend the money.  It gets in the way of their spending on other things like the Green New Deal, free college, or health care for illegal immigrants.  Their only answer is to take the mentally ill out of hospitals, bypass their receiving therapy, and “mainstream” them as quickly as possible.  That may sound more humane, but it doesn’t work – for the mentally ill or for the rest of society.

Mentally ill kids are often placed in the same class rooms as every other kid without teachers knowing about it, or with the expectation teachers will deal with it. Many times they don’t.  They can’t. Thanks in part to teachers unions, most districts don’t allow teachers the authority to discipline their healthy kids, much less provide the extra attention more challenged kids require.

In many states, the mentally challenged kids take the same tests as everyone else. It drives down test scores and provides a less accurate understanding of the job schools and teachers are doing.

Yes, there are “special education” schools and teachers, and while these teachers deserve a lot more money and recognition for the tough work they do; liberal cities, school districts, and state education departments don’t want to hear it. The unions only make it worse by demanding more money for all teachers – along with more generous retirement and health benefits.

Schools and unions prioritize paperwork and political correctness rather than preparing kids with mental health problems to live successfully.  Maybe that’s understandable, schools can’t be mental health hospitals.  But that’s no reason to pass these kids from one grade to another never calling attention to the problem.

If we’ll make the commitment to identify and help the mentally ill while there’s still time, then we all win – with safer neighborhoods, schools, and workplaces; and a better, more humane society.  And rather than leaving those with mental health problems to suffer and hurt alone, they can have a chance at full and happy lives.

And we finally do something that provides a real chance to reduce the number of these horrific killings.

Leftists like Beto, Bernie, and Warren want to do something, anything, now – whether it works or not.  But like the knee-jerk do-gooderism of big government proponents everywhere, taking guns away from law abiding citizens will create more problems than it solves. Disarming honest people will only plunge us all into Chicago’s nightmare.

But the left doesn’t want to talk about Chicago.  Or about Baltimore, or Hartford, or Detroit, or any of the other cities run by liberals who have passed the same draconian anti-gun laws they want for the rest of us.

These mass murders aren’t going to slow down until we start advocating solutions that might actually make a difference.  Let’s make a commitment to identify and treat the mentally ill.  When we do that we won’t just be helping those suffering from mental illness, as important as that is; we’ll also be caring for and protecting our children and our neighbors.

Daniel Greenfield: And With Free Government Internet For All...