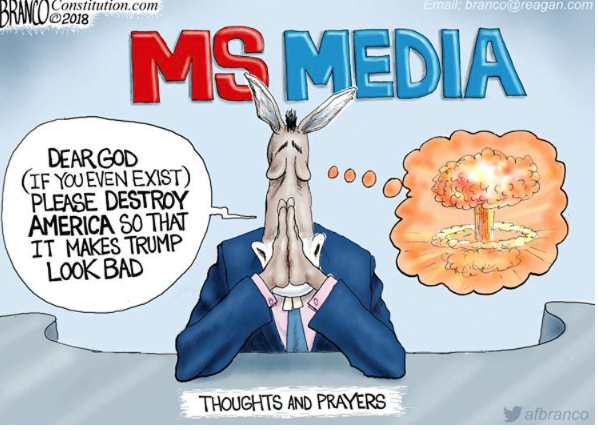 Bernie Sanders wrapped up his appeal to the media by suggesting a tax on targeted ads to fund “civic-minded media” because, “more than two centuries after the constitution was signed, we cannot sit by and allow corporations, billionaires, and demagogues to destroy the Fourth Estate.”

The Fourth Estate is a European concept. There’s no room in America for a special status for the media (or any other estates). Sanders ignores what the constitution actually says about the press. The First Amendment prohibits Congress from making laws “abridging the freedom of speech, or of the press.”

Freedom of the press doesn’t bestow a special status on the press. It springs from freedom of speech.

That is even more obvious in Madison’s original words, “The people shall not be deprived or abridged of their right to speak, to write, or to publish their sentiments; and the freedom of the press, as one of the great bulwarks of liberty shall be inviolable.” A free press is an expression of everyone’s right to speak out. It is not a special institution that represents the public interest. It is the actual public.

When the Framers wrote of a free press, they meant printers like Benjamin Franklin and his brother, and anyone who wanted to distribute a pamphlet, as well as the small number of larger papers. Their idea of the free press looked a lot like a low-tech internet and had nothing in common with a handful of giant corporate monopolies declaring that they are a journalistic priesthood serving the public interest.

Sanders’ proposal for a government-funded “non-profit civic funded media” is even worse. The First Amendment banned government interference with a free press. The socialist politician would like to replace it with a government press that would promote his government takeover of medicine.

A government takeover of the media is the opposite of the constitution’s guarantee of a free press.

Ever since Trump won, the media has been insisting that it is a unique institution that must be protected from criticism by politicians (CNN and other outlets have claimed that Trump’s criticism of them is a threat to the First Amendment) and from competing speech by rival outlets and ordinary people.

Unlike Trump’s criticisms, the Democrats who added to the pressure campaign were violating the First Amendment. The media’s fact checking gimmicks set up to fight fake news were nothing more than a return to the licensing schemes and printing monopolies that the British authorities had once employed.

Democrats and the media have worked to revive the Worshipful Company of Stationers and Newspaper Makers, exactly the sort of censorship mechanism that the First Amendment was directed against, through tech monopoly crowdsourcing, while wailing piteously that they are fighting for a free press.

The alliance between tech monopolies and media fact checkers constitutes a new licensing mechanism. Because it largely operates through the private sector, it’s a cartel and an anti-trust violation in action.

And the media keeps arguing that it is a special institution that needs protection from outsiders.

After a New York Times bigwig’s anti-Semitic posts were exposed, the paper protested that using “journalistic techniques to target journalists and news organizations… is fundamentally different from the well-established role of the news media in scrutinizing people in positions of power.”

It’s “scrutinizing” when the media does it, but “targeting” when someone else does it.

But much of what the media does is targeting. And it’s often retaliatory. Take a recent Business Insider story headlined, “The mysterious family behind In-N-Out has donated more than $15,000 to Trump and the GOP”. There’s no purpose to this except stigmatizing donors contributing to the political opposition.

That’s the opposite of the free and open political culture that the First Amendment was meant to foster.

Even the targeting of reporters and editors who dissent in some way from a leftist position has become routine within the media. The New York Times, in particular, has been repeatedly targeted by the internal leaks of chats, emails and conferences, to pressure it into going after its own journalists.

The Slate transcript of the Times meeting, held because of leftist outrage over its neutral headline, carried Ashley Feinberg’s byline. Ashley is a veteran of the Gawker smear factory, and in her Huffington Post days posted leaked transcripts from the New York Times in a campaign against Bari Weiss: a young journalist who came under fire from leftist media figures for her opposition to leftist anti-Semitism.

(Ashley Feinberg is currently being sued by an African-American history professor whom she suggested, in a Kavanaugh hit piece, was linked to the drug overdose death of RFK’s son in the 1980s.)

The Times did not call this suppression and retaliation against a journalist, as it did when social media users exposed the anti-Semitism of one of its honchos. It’s not retaliation or suppression when leftist members of the Media Master Race do it to enemy civilians or even to moderates in the media.

The New York Times struggles to articulate the difference between its opposition research and those of conservatives. But the one clear difference is the “well-established role of the news media.” The news media has a unique right to target people and even retaliate against journalists over a political agenda. It’s an establishment and ordinary people with Twitter accounts don’t have that same right or role.

But there’s no room for this Media Master Race logic in the Constitution. The media is not a privileged estate. It is not the embodiment of a free press. The public interest is not an institution. It’s Americans.

The Framers would see the media as a cartel that usurped the free press by claiming that a free press is its membership organization that requires a degree and a corporate letterhead to belong to it. The media has the same relationship to a free press that any aristocratic estate does to public freedom.

This sort of Media Master Race reasoning is how we ended up with April Ryan’s bodyguard assaulting a local journalist while the CNN figure declared, “When I speak, I do not have news covering my speeches.” It’s how the New York Times can argue that its function of accusing conservatives of things is legitimate journalism, while conservatives accusing it of things is a violation of legitimate journalism.

It’s why the media was able to set up an entire infrastructure for suppressing outlets that aren’t part of the Media Master Race from being able to distribute their content over Facebook and Twitter.

It’s why Senator Bernie Sanders, who wants to run the entire country, is proposing that a special tax be leveled on targeted ads to fund the media because advertising is a traditional media sinecure. You can’t hunt deer in the king’s forest or use ads to look for customers unless you pay the media its toll.

That’s why it won’t stop whining that the internet took away its ad business. And that the collapse of its business model is an attack on the vital public interest of spewing leftist lies that it serves.

Earlier this year, the New York Times published an op-ed claiming that layoffs at the Huffington Post, BuzzFeed, and other digital media outlets were “devastating to democracy”. But the media layoffs were digital democracy in action. Enough readers had grown tired of the garbage and were moving on.

The New York Times wasn’t defending democracy. It was attacking it. And its op-ed complained about the “online hordes who’ll make content without pay”. Those “hordes” are actual democracy.

It was a reminder that the media doesn’t serve a vital function. It usurps one.

The free press is not an institution. It’s the public. Its importance is not as an institution that acts as a watchdog through a collective set of professional standards and values, but as the voice of the people. Not metaphorically, but literally. The free press was the neighborhood printer and the pamphleteer. Today it’s the blogger and the tweeter. It’s anyone who cares enough to make their voice heard.

The professionalism, standards and trust of the press, or lack therefore, are completely irrelevant. Just as the First Amendment does not depend on the worth of the opinions of any protester or clergyman.

The point of the First Amendment is not to set standards, but to eliminate them.

The more the Media Master Race insists on defining the free press as an established institution with special privileges, the more of a threat to a free press its claims to an estate become. When the media controls the free press, it isn’t free. The only way to free the press is to dismantle the media cartel.

The Importance of Taking the Political Long View