“Is there water in the spring?”

Those were the last words that Danny heard on a hot day in June. The spring of Ein Bubin bursts forth in a valley surrounded by dusty hills, flows into a glittering pool, and waters a garden of fruit trees. But every garden has its serpent. And the serpent in this spot of paradise was named Mohammed. 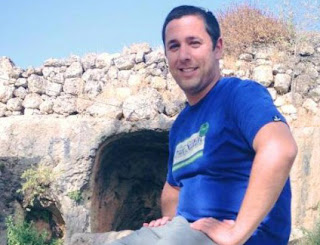 Mohammed Abu Shahin stopped Danny Gonen to ask him if there was water to swim in. Danny had just finished swimming in the spring and was happy to oblige. The Israeli electrical engineering student was the oldest of five brothers and sisters. He always stepped up, whether it was supporting his family after his father died, or helping out a stranger. And on that Friday afternoon, he paid for it with his life.

Mohammed shot Danny, along with his friend Netanel. Danny’s friend survived. And Danny did not.

The Muslim terrorist was a former member of Force 17, a Palestinian Authority terror group that acted as Arafat’s Presidential Guard, and was on the Palestinian Authority payroll. He had spent two years in prison for previous terror plots before being freed by Prime Minister Ehud Olmert, a corrupt left-wing politician, along with 249 other Fatah terrorists as part of a “peace” gesture for the Islamic Eid holiday.

Palestinian Authority boss Mahmoud Abbas rejected the peace gesture, and the freed Islamic terrorists, who had promised not to carry out attacks, shockingly enough, didn’t keep their word.

“As a gesture of goodwill towards the Palestinians, I will bring before the Israeli cabinet a proposal to free 250 Fatah prisoners who do not have blood on their hands, after they sign a commitment not to return to violence,” Olmert had declared at a summit, where he was photographed hugging Abbas.

It didn’t take long for blood to end up on their hands and on the hands of the “pro-peace” politicians.

At Mohammed’s trial, Danny’s mother condemned the process that allowed an “animal walking on two legs, who is mistakenly called a human, to keep on living and enjoying life on our bill.” The family’s lawyer asked the court to ensure that this time around the terrorist would not be freed.

When Danny’s mother appeared before the Israeli Supreme Court, Supreme Court President Miriam Naor, the best friend illegal migrants invading Israel ever had, barked at her to be quiet.

“If I survived my son’s murder, then no judge will ever break me,” Danny’s mother courageously replied.

Danny was murdered in 2015. A plaque went up reminding hikers that on a Sabbath Eve, the young man had been murdered not in a place that leftists call “Palestine,” but in the “Holy Land of Israel.”

Four years later, terrorists struck at the Ein Bubin spring on yet another Friday.

Rabbi Eitan Shnerb was hiking to the spring with his son Dvir and his daughter Rina when the bomb went off. For a moment, as he described it in the hospital, everything went black. Then, badly wounded, he saw that the two teenagers were bleeding. Rabbi Shnerb was a trained paramedic. He saw that Rina, his 17-year-old daughter, had absorbed most of the blast. He kissed her on the forehead.

And then he turned his Tzizit, the biblical garment that Orthodox Jewish men wear, into a tourniquet for his 19-year-old son to stop the bleeding.

Dvir told his father that he couldn’t breathe and passed out. His daughter was already dead. 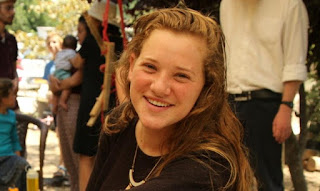 Rabbi Shnerb had stopped a terrorist attack earlier this year by two armed attackers. This time there were no attackers, just a bomb, and he had not seen the explosion coming.

Medical personnel evacuated father and son by helicopter. They continued trying to treat Rina at the scene. Hoping against hope that something could still be done.

On that same Friday, while her father and bother remained in the hospital, Rina was laid to rest. Students from her high school class turned out to say goodbye to one of their classmates. Prayers from the cemetery were relayed by phone to her father. A Rabbi recited Psalm 91 and the mourners echoed.

“I will say of the LORD, who is my refuge and my fortress, my God, in whom I trust,” he chanted. “Only with thine eyes shalt thou behold, and see the recompense of the wicked.”

The wicked are being sought once more. Israeli soldiers are hunting for the killers and their accomplices in dirty villages and sinister towns. And they are aware that the hunt may lead to more ambushes.

Hamas leader Ismail Haniyeh praised the killers of the teenage girl as heroes.

In his sermon in Gaza, the Islamic terrorist leader called her murder a “heroic attack” and celebrated it as “proof of the vitality and bravery of the Palestinian people.” He claimed that the bombing was evidence that the terrorists are “strong people” who are “faithful and steadfast.”

The Shnerb family had run a charity in Lod which handed out food and clothing to the poor.

The Palestinian Authority’s Ma’an News Agency justified Rina’s murder by falsely claiming that she was an 18-year-old soldier, when she was actually a high school student who had just turned 17.

Rep. Rashida Tlaib responded to the attack by calling for an end to the “Israeli occupation.”

Trump’s Mideast envoy Jason Greenblatt urged “donor countries” to “demand the PA answer for why their donor funds continue to be used to reward attacks.” Just like Danny Ganon’s killers, Rina’s murderers will receive a lifetime salary from the Palestinian Authority funded by foreign aid.

Since Trump cut off aid to the terror group, the money is mainly coming from the European Union.

But the only way that will happen is if money stops flowing to the terrorists. The Democrats have made it clear that if they win the presidential election, they will restore the flow of cash to the terrorists.

None of them condemned Rina’s murder.

“We shall enter Jerusalem – millions of fighters!” he ranted. “We will not accept their designation of our martyrs as terrorists. Our martyrs are the martyrs of the homeland. We will not allow them to deduct a single penny from their money. All the money will go back to them, because the martyrs, the wounded, and the prisoners are the most sacred things we have.”

Terrorists would continue receiving cash because terrorism was sacred to the Palestinian Authority.

Last week, Democrat politicians and liberal Jewish organizations fumed when President Trump accused them of disloyalty. The last time they were this outraged was when Israel barred Rep. Tlaib and Rep. Omar, overt opponents of Israel and supporters of terrorism against the Jewish State, from entering.

The murders at Ein Bubin are a harsh reminder that what is at stake here is not Twitter feeds. It’s lives.

The issue is not who said what about whom. It’s a bomb going off on a warm summer day. It’s a teenage girl dying in the dust. It’s the disloyalty of those American Jews who place their allegiance to abortion, to gay rights, and illegal migrants over the loyalty that teenage girl deserved from them.

Jewish Democrats who failed to stand up to their party to stop murders like these are not disloyal to a country; they are disloyal to Rina. And to Danny. And to thousands more like them.

While the Jewish Democrats attacked Israel over Rep. Omar, Rep. Tlaib and other anti-Semites, the Jews of Dolev, named after its sycamore trees, buried Rina and waited for her father to return home.

And Danny’s mother stands at the plaque marking her son’s death and wonders if there will be more.

That loyalty to leftist politics is disloyalty to the Jews being murdered by Omar and Tlaib’s people.

In the face of terror, there is only one loyalty that matters, either to terrorists or to terror victims.

At Ein Bubin, the water flows. And the residents of Dolev continue to hike into the hills, to swim in the spring and the pool, and to prepare for the next terrorist attack.

The spring is located in the land that once belonged to the tribe of Joseph.

“Blessed be the land of Joseph, before the Lord,” Moses preached in Deuteronomy 33:13, “with the blessing of the dew and the rain that comes down from the heaven above, with the blessings of the fountains of the deep which well up from the earth beneath.”

Faithfulness is like the springs that rise from the earth. Its loyalty breaks through all barriers.

Rina, her father, and her brother, were loyal not to a party, but to the G-d who gave them that land.

“Dvir said to me we will be strong, we will protect the people of Israel and the Torah of Israel, and together we will move forward,” Rabbi Eitan Shnerb said of his son.

That is a loyalty that the disloyal Democrats — who cringe before Omar and Tlaib, who pander to terrorists, who believe in every leftist cause, but have no faith in a Jewish cause — cannot imagine.

It is a true faith and allegiance that has endured for thousands of years. It is of an age with the land, with the hills and the springs beneath, with the truth of martyrdom and endurance, and the truth of G-d.

When Rabbi Shnerb spoke to Prime Minister Netanyahu on the phone, he told him that his daughter was “a martyr of the people of Israel.” He asserted, “with God’s help we will grow stronger.”

That is what a loyal Jew sounds like. To hear what a disloyal one sounds like, listen to the media.