“Do Americans Need Air-Conditioning?” a New York Times piece asked in July. Air conditioning, it argued, is bad for the environment and makes us less human. It ran quotes suggesting that, “first world discomfort is a learned behavior”, and urging “a certain degree of self-imposed suffering”. 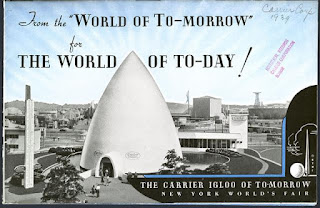 If environmentalists ruled the world, air conditioning wouldn’t exist. And there’s a place like that.

90% of American households have air conditioning. As do 86% of South Koreans, 82% of Australians, 60% of Chinese, 16% of Brazilians and Mexicans, 9% of Indonesians and less than 5% of Europeans.

A higher percentage of Indian households have air conditioning than their former British colonial rulers.

Temperatures in Paris hit 108.6 degrees. Desperate Frenchmen dived into the fountains of the City of Lights with their clothes on. Parisian authorities announced that they were deploying heat wave management plan orange, level three, which meant setting up foggers in public parks and distributing heat wave kits. The kits consist of leaflets telling people to go to libraries which have air conditioning.

France24, the country’s state-owned television network, advised people suffering from temperatures rising as high as 110 degrees to take cold showers and stick their feet in saucepans of cold water.

A 2003 heat wave killed 15,000 people in France. And, in response, the authorities have deployed Chalex, a database of vulnerable people who will get a call offering them cooling advice.

The advice consists of taking cold showers and sticking their feet in saucepans of cold water.

Desperate Frenchmen trying to get into any body of water they can have led to a 30% rise in drownings. The dozens of people dead are casualties of the environmentalist hatred of air conditioners.

The 2003 heat wave killed 7,000 people in Germany. And, today, only 3% of German households have air conditioning. Germany’s Ministry of the Environment refused to back air conditioning as a response to global warming.

Temperatures in Dusseldorf hit 105 degrees. Officials in Dusseldorf had recently rejected proposals to install air conditioning systems because they’re bad for the environment.

The climate action head at Germany’s Institute for Applied Ecology explained that air conditioning wouldn’t work because there’s not much wind during heat waves, and the country can’t end reliance on coal and run air conditioners at the same time. You can have air conditioners or save the planet.

The issue isn’t poverty. in Greece, one of the poorest countries in Europe, 99% of households have air conditioning. What it comes down to is a willingness to choose comfort over environmental dogma.

In Europe, people are dying because they’ve been told that their sacrifices will save the planet.

The 2003 heat wave killed 70,000 people in Europe. That’s more than Islamic terrorists have.

When environmentalists claim that global warming is a greater threat than Islamic terrorism, they’re half-right. Global warming isn’t real, but the measures taken to fight it are killing thousands of people.

And it doesn’t have to be this way.

“I am not rich,” an Indian laundryman earning $225 a month, who had just put in air conditioning, told a disapproving Agence France-Presse, but we all aspire to a comfortable life.”

Some of us do.

The 2003 heat wave killed 2,000 Brits. The current heat wave has led to London being placed on a Level 3 health watch. But air conditioning in the UK still hovers at 3% of households. And every summer, the local media lectures Brits on the evils of air conditioning.

Every heat wave is treated as a compelling argument for reducing power to save the planet. The heat and its accompanying misery are treated as heralds of a global warming apocalypse. Soon, we are told, it’ll be hot all the time, the waters will rise, the icebergs will melt, and life will perish from the earth.

When a heat wave consumed Europe in 1540, leading to the hottest temperatures on record and the deaths of thousands, the people blamed a higher power. In England, where the River Trent dried up, the megadrought was blamed on Henry VIII’s sacrilegious crackdown on monasteries. Modern Europeans have a simple, rational explanation. Mother Earth is angry because we’re using air conditioners.

Or other people are.

Europe’s sacrifice is not only senseless, it’s also meaningless.

Vietnam has become a booming market for air conditioners. 17% of Vietnamese households now have one. Indonesia is leading its own boom in air conditioning. As is much of Asia and the Middle East.

Europe can go on letting its people die for the environment, but it won’t make any difference.

Air conditioning isn’t some American fetish, as European elitists sneer. It’s a worldwide movement. Every country that can manage it is getting air conditioners. Meanwhile people are dying in France.

While the rest of the world is cooling off, Europe is in thrall to a pagan pseudoscientific cult.

Its tenets insist that the planet is a living entity, but fail to understand its true implications. The climate is part of a living entity which changes on a timescale that challenges human understanding. For a thousand years of recorded history, Europe has undergone alternate warming and cooling periods. The Medieval Climate Anomaly was an example of how complicated those cyclical changes could be.

A heat wave isn’t proof that we’ve sinned against Mother Earth by heating and cooling our homes. It’s a reminder that the environment operates on an inescapable scale that is vaster than human beings.

We can cut down forests and build dams. But so can beavers. We cannot change the climate.

The bones of hippos have been found under Trafalgar Square. The Chauvet Cave in France includes pictures of rhinos. The Little Ice Age killed off England’s vineyards in the 14th century. The Thames began to freeze over in the 17th century. The Viking colonization of America collapsed under the wave of cold.

Air conditioning and heating are not how we change the climate. They’re how we cope with it.

Environmentalism has so hopelessly tangled human civilization and the environment that we are no longer able to understand the planet on its own terms, instead of as a luddite eschatology in which the climate is a deity punishing us for our civilizational ingenuity with hot weather and natural disasters.

And that makes it extremely difficult to adapt to the changes in a healthy way.

A century ago, Americans beat the heat by wading in fountains, sleeping on roofs and fire escapes, and escaping the city. Air conditioning has made it possible for us to live and work across the entire country.

In 1896, a heat wave killed thousands of Americans. New York City authorities resorted to the same measures as their modern Parisian counterparts, turning on fire hydrants and handing out ice.

Those temperatures amounted to a mere 90 degrees.

Air conditioning allows New Yorkers to shrug off 90-degree weather and go on living and working.

Today, New York is the home of the Green New Deal which believes in following Europe’s trends. If New York adopts Europe’s environmentalism, it will discover what living in 1896 really felt like.