Things have never been as bad as they are now. Not only is unemployment at a 50-year low, but last year saw the largest annual wage gain in a decade. 46% of Americans say jobs are plentiful. The number claiming that jobs are hard to come by declined from 15% to 12%. 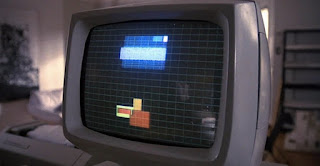 “Who is this economy really working for?” Senator Elizabeth Warren demanded to know.

How bad is this economy really? So bad that Warren rolled out a plan to have the government guarantee Netflix 4K streaming internet for all at the modest cost of merely $85 billion.

That’s enough to pay for over 5 billion Netflix accounts which would cover most of the human race.

And a hamster in a spinning wheel.

Warren claims that many people can’t afford the internet. That 100% says differently.

Almost everyone has internet access. Some older people are just choosing not to make use of it.

But Warren isn’t offering internet access. Instead the goalposts have been moved to broadband. Or, as Warren demands, “minimum speed broadband”, which she rates at 25 Mbps/ 3 Mbps.

Those are also Netflix’s requirements for 4K streaming.

At below Warren’s “minimum speed”, you will be able to watch videos. They just won’t be in 4K. And HD videos will take longer to stream. They may even, stop and start, or pause for a moment.

And how can we possibly deprive people of being able to watch uninterrupted HD videos?

To save the welfare class from being forced to endure such horrors, Warren is proposing to spend $85 billion to subsidize Netflix 4K streaming for the oppressed proletariat of Cleveland and Detroit.

“Nearly 27% of households in Detroit and Cleveland had no Internet access in 2017,” Warren claims.

Except a Michigan State University survey found that 98% of Detroiters use the internet. 79% use handheld devices. And 48% access the internet through their cell phones.

But the no. 2 candidate in the 2020 Dem race has declared 4K streaming to be a human right.

“Who is this economy really working for?” Warren asked. It’s working so well for even the welfare class that Warren isn’t just offering them Obamaphones or internet, but specifically broadband internet.

Witness the incomprehensible suffering of those without 4K streaming connections.

Not just access to food. Or adequate food. But adequate nutritious food.

Your free steak or chicken sandwich, like your broadband, must be of the highest possible quality.

Johnson, the likely next mayor of the failing city, was denouncing what he called, “food inequity.” Forget hunger. That’s been solved. The new problem is that not everyone has access to the same exact foods.

Warren had announced that she would create an Office of Broadband Access and spend $85 billion to see to it that every single resident of Detroit, even if they don’t have running water or working streetlights, would have 4K Netflix streaming. And Johnson promised an Office of Food Policy.

Not content with Orwellianisms like “food equity” and “food equality”, Johnson’s Council report also touts “food justice”. And he claims that the Trump administration represents a threat to “food justice”.

“The primary responsibility for ensuring the right to food lies with government,” the report insists.

But not just any food. “Fresh, healthy food”, including “sustainably grown” wheat rolls, and “antibiotic-free chicken” and “100% beef burgers”. And New York City, the most densely populated city in America, will make this happen through “urban agriculture” in which enough healthy food to feed 8.6 million people (including the illegal aliens highlighted in the report) will be grown in New York City.

You could import food from Missouri, or grow wheat rolls sustainably in the vast wheat fields of Harlem (where 32,000 people live per square mile) while equipping its low-income residents for the boundless opportunities to be found in being employed in the delusional fantasies of its insane government.

The OFP’s new metric for food equity is that, “every neighborhood should have food businesses that reflect that community’s cultures and diversity.” But it’s the Corey Johnsons, pretentious wealthy white lefties, who want to eat at diverse places. The people he’s advocating for want McDs or KFC.

“Evidence also suggests that access to fresh fruits and vegetables, in particular, is often lacking in communities with high rates of obesity and diabetes,” the report claims.

Speaker Corey Johnson is a notably adipose fellow. Pictures of him are usually taken from the neck up. The Democrat’s bulging stomach suggests that he should be the one eating more fruits and veggies.

Organic pears are a human right.

Meanwhile in Detroit, too many of the residents are getting their internet access through smartphones instead of broadband. And you can’t stream too many episodes of Arrested Development that way.

America’s oppressed welfare class deserves more than Obamaphones and Taco Bell. 4K Netflix and Whole Foods are their Gaia-given right. And it is the obligation of taxpayers to provide it for them.

Only when we’ve blown $85 billion so that everyone in Detroit has Netflix and when organic heirloom tomatoes sprout in the Bronx, will food justice and internet justice and luxury justice be achieved.

Lefties are no longer advocating for necessities, but demanding luxuries. Forget food and shelter. Everyone has a right to diverse restaurants and videos that load without waiting. Everyone.

Welfare is no longer charity. It’s not even about giving people what they need, but what they want.

And politicians like Warren and Johnson have become more shameless about taking from those who work to reward those who don’t, not only with necessities, but with the luxuries of the good life.

Forget having to work in order to eat. You don’t even have to work to sit on the couch and watch Netflix.