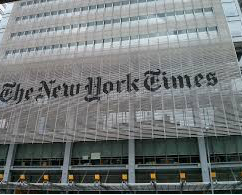 The American population has devolved into two groups with radically different views. One group espouses a leftist agenda. Believing that they alone are worthy to pronounce what is/isn’t righteous. They seem to control what does/doesn’t constitute acceptable comments and behavior. More often than not, they simultaneously defend vastly different and incongruous concepts that often are at odds with the Christian Faith and the industrious spirit that made this country great. They eschew the things that make our country unique…to the point where American Patritism is seen as something shameful.

Somewhere our educational system broke down to the point that it has failed an entire generation of Americans. It’s as though the ability to think analytically and critically has evaporated. It’s perfectly fine for people to have differing views.

However, the current climate has made it very difficult to adhere to the old adage: ‘I may not agree with what you say but I will fight to the death for your right to say it.’ I can respect an opposing view if it’s rooted in some sort of logic.

Take tariffs for example. If I work in a factory, I’d likely be in favor of the tariffs as it would protect my job. If I’m a consumer with no brand preference I’d likely oppose the tariffs as it would raise the price I have to pay for something. Certainly the argument could become heated, but it isn’t an issue that would go off the rails. If someone in a tariff argument takes the view that anyone with an opposing view is destined to fry in hell, that’s taking it too far.

Further debate is fruitless. If our society is to be truly free there has to be a level of decorum and rationality. I’m not willing to die defending someone else’s farcical nonsense.

Sadly, today’s political discussions have turned to topics that can’t be discussed in a reasonable manner. How does one handle insane arguments such as: “Children should be allowed to dress according to whichever gender they identify.” How does one argue against such things? If we are talking about a child who is 18 and confused about their sexual identity that would be one thing. If we are talking about a 3  old child, that is something entirely different. I have no idea how I would argue with someone who equates letting their 3 year old son dressing up as a princess to the larger concept of tolerance for all. A small child isn’t capable of understanding such a complex issue and letting them dress as transgender would seem harmful according to conventional wisdom.

I believe in fundamental concepts that are actually backed up by science. A person can only be one of two genders. There aren’t a dozen gender categories. I try to be open-minded, but if someone is going to condemn me for believing there are only two genders and that people should use the bathroom that corresponds to their anatomy…I can’t say I’d honestly fight to the death over that viewpoint.

I am equally baffled by anyone who could possibly construe The New York Times as a pro-Trump organization. It is beyond ludicrous. Yet, this is exactly how some people view the situation:

The New York Times’ irresponsible and reckless reporting of President Trump’s comments regarding this weekend’s mass shootings crossed the line. It demonstrated a reckless disregard of conventional reporting guidelines and the principles of editorialized reporting in today’s society. In short, it was scandalous. What were they thinking? Don’t they realize the chaos they created by a headline proclaiming Trump Urges Unity vs. Racism?

Fortunately, the paper was quickly called to task for such biased reporting. The reliable and vigilant Rep. Alexandra Ocasio-Cortez of New York quickly condemned the headline: “Let this front page serve as a reminder of how white supremacy is aided by – and often relies upon – the cowardice of mainstream institutions.” This is not the kind of error that can be tolerated. The New York Times violated the rules and everyone from prospective Democratic Presidential candidates to the paper’s own subscribers demanded action. How dare the paper run such a headline? After all, as many pointed out, this entire outburst of gun violence can be directly attributed to President Trump.

The Times responded quickly to this all but unforgivable mistake, changing the original headline in its second edition to: Assailing Hate, Not Guns. That’s much better. Senator and Democratic Presidential hopeful Cory Booker didn’t mince words on Sunday: “I think, at the end of the day, especially because this was a white supremacist manifesto, that I want to say with more moral clarity that Donald Trump is responsible for this. He is responsible because he is stoking fears and hatred and bigotry.” Assessing the significance of the original headline he Tweeted: “Lives literally depend on you doing better, NYT.” Hopefully the Times will continue to maintain the peace.

How do you argue with that kind of thinking? It’s full of flawed and inaccurate reasoning and ignores the reality, which is mainstream media has completely lost sight of what truly constitutes ethical and responsible journalism.

Here is what Trump actually said: “In one voice, our nation must condemn racism, bigotry and white supremacy.”

News is about reporting facts, not opinions. The headline ‘Trump Urges Unity vs. Racism’ is entirely appropriate. Why? Because it is consistent with what the man said. The headlines ‘Trump Condemns White Supremacy’ and ‘President Says Nation Must Oppose Hate’ would be equally valid. There is a BIG difference between reporting news from a factual standpoint and reporting news based on opinion and conjecture. If someone wants to write an op-Ed about the President’s remarks that’s fine, but that is a separate action from reporting news from an unbiased standpoint.

The headline ‘Assailing Hate, Not Guns’ is NOT an improvement and is most certainly not a victory for the free press. The revised headline is opinion. It focuses on something they perceive as Trump erroneously omitting versus focusing on his actual words. If one follows this logic, then the headlines ‘President Overlooks North Korea Situation in Mass Shooting Speech’ and  ‘Trump Fails To Mention Planned NASA Missions in Address’ would also be equally valid. Further, the President is in charge of the ExecutiveBranch of Government. His job is to enforce the laws. It’s up to the Legislative Branch of Government (i.e. Congress) to initiate new laws. Hold Congress accountable, not the President. Gun legislation is only relevant to the President if there is gun legislation on his desk awaiting his signature.

All rhetoric aside, it’s quite obvious what happened. The vast majority of mainstream media is utterly and completely frustrated by Trump. In the opening salvo of his campaign he addressed border security  issues with Mexico. Conventional tactics dictate that such comments warrant the ‘racist’ label. The accusation of racism is just as powerful and detrimental as actual racism itself. It’s used as a tool to control people.

MSM labeled Trump a racist…but unlike everyone else he survived attack after attack from the press..all the way to the White House. He’s like a boxer that won’t succumb no matter how often or how hard you hit him.

The MSM is in the business of trying to control what we think. There is no effort to be objective. They have a vendetta against Trump because he challenges their voice. Nothing good is to be said about the man.

However, someone at The New York Times, just briefly, followed the rules of journalism.

It was an act of professionalism, not cowardice. Backing down against the backlash was the real cowardice. The press isn’t the slightest bit afraid of Trump, but they most definitely are afraid of the left. They ignore Trump’s factual statements about how the Democrat Party has failed the African American community time and time again. They are quick to blame Trump for the acts of the mentally insane…essentially calling him an accessory to murder, but they are only too happy to ignore actual murders (i.e. abortions) sanctioned by the Democrats.

If Trump is guilty of inciting any violence, the press is equally, if not more culpable. They are by no means innocent defenders of truth or justice.

Politicians: Listening to the Needs of Your (Legal) Citizens Will Produce Less Hate