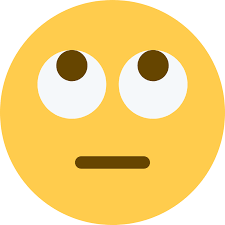 Pretty soon we’re going to run out of adjectives to describe the ridiculous rantings from the radical left. The latest occurred a few days ago on MSNBC when the former assistant director of the FBI had this to say regarding Trump’s flag order:

“The president said that we will fly our flags at half mast, until August 8th. That’s 8/8. Now, I’m not going to imply that he did this deliberately, but I am using it as an example of the ignorance of the adversary that’s being demonstrated by the White House. The numbers 88 are very significant in neo-Nazi and white supremacy movement. Why? Because the letter ‘H’ is the eighth letter of the alphabet, and to them the numbers 88 together Stand for ‘Heil Hitler.’ So we’re going to be raising the flag back up at dusk on 8/8.”

If Biden wins the nomination he should put this guy on as VP. It would make himself look smart!

But this got me thinking. What other places might we find this evil combination of numbers that would indicate a support of Hitler? If we’re going to stretch things this much, why not go all the way?

Rush Limbaugh found an interesting one:

Isn’t this a fun game to play?

How about the NFL? Recently mired in controversy over the National Anthem, now we have uncovered a secret alliance with all things Nazi. How you say? Well, how many players have worn the #88 on their jerseys? This has been going on for years! Decades even! Here are just a few of the players that have worn ‘Heil Hitler’, oops I mean 88: Drew Pearson, Lynn Swan, Marvin Harrison, Michael Irvin, Dez Bryant, Alan Page, Mike Ditka, Pat Summerall. Just to name a few. I am devastated to learn Pat Summerall was involved in this conspiracy. And was John Madden an accomplice? What was his role? They announced hundreds of games as a team. How do we know they weren’t giving out secret instructions (i.e. dog whistles) to neo-Nazi’s? You’ll also notice several names on that list are Dallas Cowboy players. America’s Team? I don’t think so!

We move on to science. Here are a couple of examples of white supremacy (88) we find in nature:

The atomic number of radium is 88.

The number of constellations in the sky is, you guessed it, 88!

It takes 88 days for Mercury to complete it’s rotation around the sun.

STS-88. This was the Space Shuttle mission to start construction on the International Space Station. No doubt a command post for the Nazi’s in outer space.

Spiritual matters are not free from this either:

Then there’s music. Many pop songs utilize 88 beats per minute. Who needs backwards masking when you got 88 bpm in these songs:

Witchita lineman (yeah he’s on the line with his neo-Nazi buddies!)

Those were the days

Summer wind (oh no, not Sinatra!)

And yes it shows up in a classic movie:

So as you can see, the salute to Hitler is all over the place! Here’s some miscellaneous items:

88 keys on a standard keyboard and piano.

The dead man’s hand in poker is a pair of aces and a pair of 8s.

The number of counties in Ohio is 88. No wonder Trump won that state!

Lastly, and sadly, I must confess my own involvement in all of this. For you see, I was born in August of 1965. You have the eight right there in the month number. And the square root of 65 is 8. I am deeply disturbed by this. I thought about apologizing for being born Caucasian like Rosanna Arquette. But then I realized the solution was simple! I will just change the birth month I identify with to July! Problem solved. After all, that’s how the left would deal with it. One question though: would that make me a trans-birther?

Be careful out there. The number 88 will show up when you least expect it.

Dr. Fred Eichelman: Wisdom Is Not Limited to Education