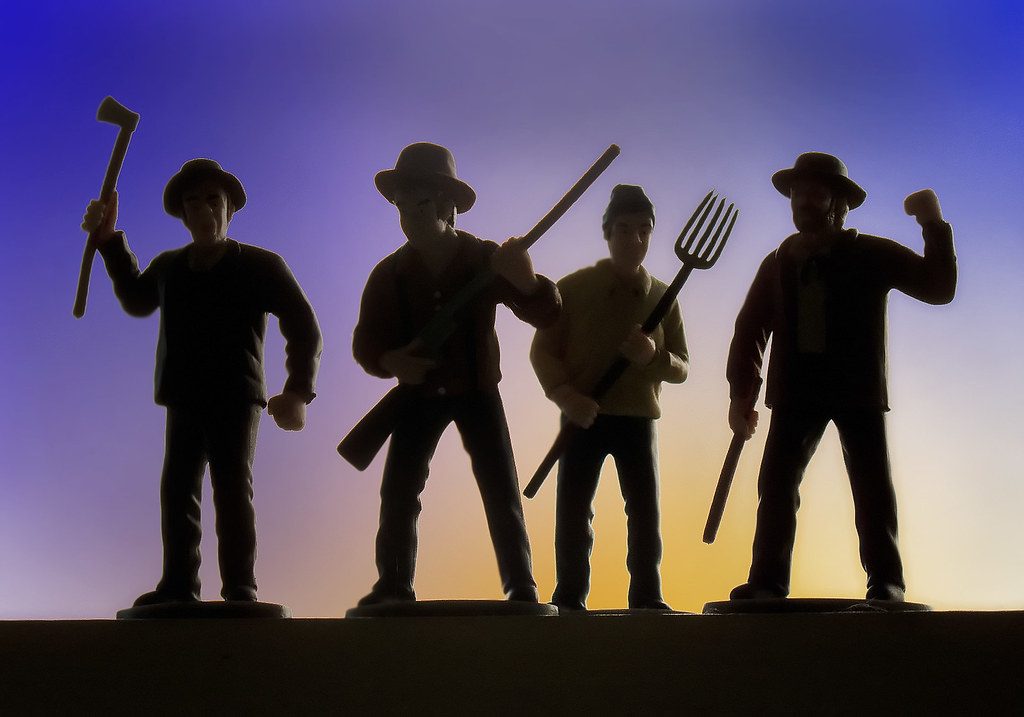 Democrats are doing their level best to turn independents and swing voters off with their far left policy proposals and threatening rhetoric.  But I wonder if they’re not also hurting their chances with the ugly taunts and name calling they send Trump’s way every chance they get.

Veronica Escobar is the U.S. Representative for El Paso, Texas, site of the tragic shooting that killed 20 people last week. Congresswoman Escobar announced, “Trump is not welcome in El Paso while the community is mourning.”  And, by the way, Congresswoman Escobar is the left wing extremist who sent her taxpayer-funded staff south of the border a few weeks ago to teach migrants how to commit fraud and lie to border authorities.

Democrat elites, celebrities, and the media blame Donald Trump for everything bad that happens, and in the harshest terms possible. They don’t get that Donald Trump is only a reaction to the poisonous environment the left helped create.

It was Barack Obama and his Administration who ratcheted up the rhetoric and sought to divide people around race and ethnicity.  It’s gotten worse since.  Much worse.

Now racism is the left’s favorite abuse against anyone who doesn’t agree with them.  It’s a charge that demonizes their competitors and delegitimizes anything they have to say.  Racism has been cheapened as cliche.

Congresswoman Escobar should be careful.  While people in El Paso certainly agree with her that racism is unacceptable, I doubt most people believe Donald Trump is a racist. Why?  Because they see the charges of racism as hyper-sensationalized and un-credible.

Here’s what Donald Trump said after El Paso: “The shooter in El Paso posted a manifesto online consumed by racist hate … In one voice, our nation must condemn racism, bigotry, and white supremacy.  These sinister ideologies must be defeated.”

I know the Democrats agree with Donald Trump’s sentiments–but they refuse to listen. It’s not the first time Trump has condemned racism, but they didn’t listen then either. Because a Trump who loves all Americans and wants what’s best for our nation is not a Trump they care to compete against.

If Ms. Escobar and the Democrats had listened, they would also have heard Donald Trump condemn a mental health care system that is failing our people.  They would have heard him call for meaningful change that might actually work to stop the crazies from gunning down innocent Americans.  The Democrats don’t seem to care.  They still refuse to consider the reforms our mental health system so desperately needs.

At least Kamala Harris was honest about her refusal to listen to the President.  She said, “Any words (Trump) speaks today, I find empty.”

It all just reinforces the notion that the Democrats are ideologues who put agenda over integrity.

Corey Booker claimed Trump is to blame for El Paso because he’s “failing to condemn white supremacy.”  But condemning white supremacy is exactly what President Trump did, and in exactly those words.

Beto O’Rourke also blamed Trump for the actions of a maniac. He said, “Anybody who begins their campaign for the presidency by calling Mexican immigrants rapists and criminals …”. But that’s not what Trump said.  He only said there were rapists and criminals among those coming in illegally.

O’Rourke speaking further about Trump went on to say, “anyone who describes asylum-seekers as animals …”  Again, that’s not what Trump said.  He called violent MS 13 gang members animals.

Joe Biden, meanwhile, said he wanted to pass his condolences along to the families in Houston and Michigan.  He presumably meant El Paso and Ohio.  At least his heart was in the right place.  But then he too went on to blame Trump’s speech for El Paso.

Odd that he didn’t blame Elizabeth Warren’s speech or that of Bernie Sanders for what happened in Dayton.  The shooter there was apparently an Antifa activist who supported those two.

The Democrat National Committee took a page from Obama’s former Chief of Staff, Rahm Emmanuel who used to quip, “never let a good crisis go to waste.”  Before the details of the shootings were even released, the DNC turned on the robo-calls appealing for money to stop Donald Trump and stop the killing.

So had Bernie Sanders, Elizabeth Warren, and Beto O’Rourke.

It’s as if the left actually looks forward to the next episode of mass carnage.  It’s their chance to blame Trump and Republicans who aren’t “woke” enough to see everything that happens through the lens of racism.

It’s also a chance to grandstand on the issue of gun control. But while they talk about restricting the gun rights of the law abiding, they never propose cracking down on those who own guns illegally. I’m talking about people with a criminal record or history of mental illness.

Warren, Booker, Harris, Sanders, O’Rourke, and many of the rest, have said they will use executive orders to limit gun ownership among the law abiding.  Some have even said they will send cops to our front doors to confiscate our guns and arrest us if we refuse to turn them over.

I’m still waiting for them to explain how disarming the law abiding, while leaving guns in the hands of violent criminals, will make our neighborhoods safer.

I’d also like to know how Trump’s condemnation of white nationalism and racism is a secret dog whistle intended to encourage race hatred.

I’m not young enough to wait long, but I have a sense it wouldn’t matter.  We’ll never get a rational explanation.  Logic isn’t the point.  Trading on suffering and hyping emotionalism is what gets them votes in the Democrat primary and that’s what they really care about.  But it seems to me their extremism will only produce a nomination that’s not worth having in the general election when more reasonable voters will make the difference.

The Pro-Trump New York Times and the End of Journalism

Freedom Will Not Survive Compromise of Principles